5 dead, 40 others injured during Waukesha attack; person of interest in custody as bystanders recall night of terror: ‘His sweet little innocent face was purple’ 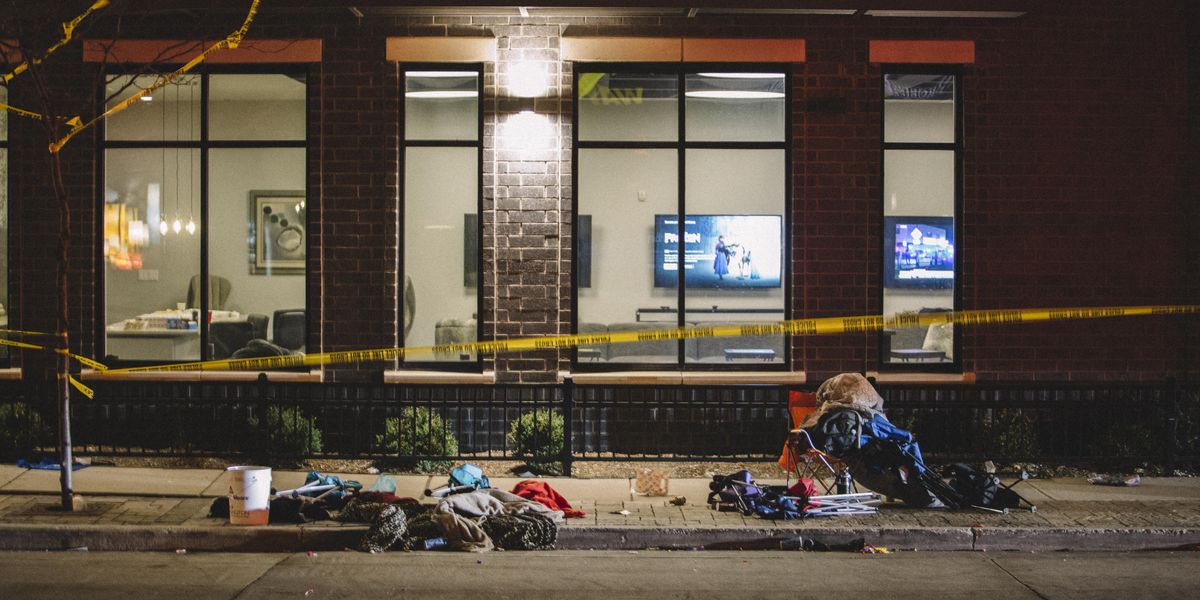 At least five people are dead and 40 others injured after a red SUV drove into a revelers and performers at a Christmas parade in Waukesha, Wisconsin, on Sunday night.

Local authorities are continuing to investigate the Sunday night attack as they now announce a person of interest in custody.

An unnamed suspect plowed a vehicle into a Christmas parade featuring children, elderly performers, and more, killing at least five people at the time of this reporting. Officials warn that the numbers could increase in the coming days if more victims come forward, or if existing victims succumb to their injuries.

During a Sunday night news conference, Waukesha Police Chief Dan Thompson said that the person of interest was in custody, but did not reveal the identity of the possible suspect.

The Associated Press on Monday reported that Wisconsin Attorney General Josh Kaul added, “What took place in Waukesha today is sickening, and I have every confidence that those responsible will be brought to justice.”

Further information is expected to come out during a Monday news conference.

Other News:   Chileans head to the polls with two radically different visions on the ballot

According to Fox News, some of the victims include a Roman Catholic priest, multiple parishioners, and Catholic school children. Performers from the Milwaukee Dancing Grannies and members of the Waukesha Xtreme Dance team were also impacted during the attack.

Corey Montiho, an area resident and school board member, said that the scene was horrific.

“There were pompoms and shoes and spilled hot chocolate everywhere,” Montiho said. “I had to go from one crumpled body to the other to find my daughter. My wife and two daughters were almost hit. Please pray for everybody. Please pray.”

Resident Angela O’Boyle, who claimed to have witness the attack from her fifth-floor apartment window, told CNN that she saw the red SUV “plow into the band” on the streets below, run over at least two people, and continue driving into crowds attending the celebration event.

Chris Germain, witness and local businessowner, said that he witnessed the driver of the SUV “[blaze] right past us.”

“There were small children laying all over the road, there were police officers and EMTs doing CPR on multiple members of the parade,” he recalled.

Angelito Tenorio, a West Allis alderman who is running for Wisconsin state treasurer, said that the aftermath of the attack was equally as horrific as the attack itself.

“[W]e heard a loud bang,” Tenorio said. “And after that, we just heard deafening cries and screams from the crowd, from the people at the parade. And people started rushing, running away with tears in their eyes, crying.”

Paradegoer Tyler Kotlarek told The New York Times that he saw the car was “flying through [the parade route] going intentionally from left to right.”

Nurse Jodi Singsime said that she rushed to help after the attack.

“I heard and saw the people being hit, but what you could do more than seeing is hearing, and just that sound was insane,” she said according to a Monday Reuters report as she explained seeing a small boy in the road.

“I felt his neck for a pulse and he had one but his eyes were barely open and his face — all I can remember is his sweet little innocent face was purple. He wasn’t really with us.”

Other News:   So This Is The REAL Reason Why Shawn Mendes 'Initiated' His Breakup From Camila Cabello

A person of interest

Authorities were able to recover the red SUV used in the attack, and took into custody at least one person of interest. Neither their identity or motives were announced at the time of this reporting.

In a statement on the horrific attack, Waukesha Mayor Shawn Reilly said, “Today, our community faced horror and tragedy in what should have been a community celebration. I’m deeply saddened to know that so many in our community went to a parade but ended up dealing with injury and heartache.”

A spokesperson for the White House also issued remarks on the attack, telling , ABC News, “The White House is closely monitoring the situation in Waukesha and our hearts go out to everyone who has been impacted by this terrible incident. We have reached out to state and local officials to offer any support and assistance as needed.”