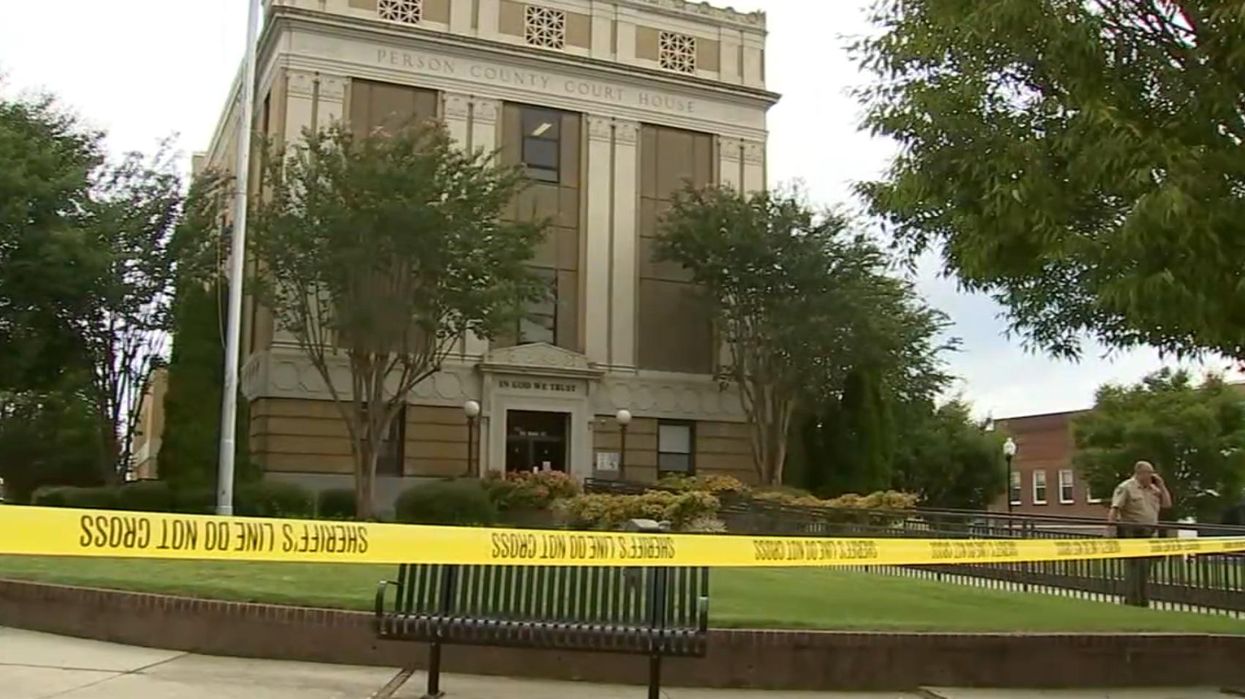 A North Carolina man was shot and killed on Thursday after he allegedly charged a judge and attempted to grab a firearm from a courtroom bailiff.

Christopher Thomas Vaughan had just been convicted of a misdemeanor false imprisonment charge when he became enraged, according to WRAL-TV. Vaughan reportedly began yelling, threw a chair, and then allegedly rushed the judge inside the Person County Courthouse.

Multiple courtroom sheriff’s deputies attempted to subdue Vaughan. However, once Vaughan allegedly reached for a bailiff’s firearm — and reportedly was successful in grabbing it — a Roxboro police officer discharged his firearm, striking the defendant, and mortally wounding him.

Other News:   ‘A Very Angry, Ugly Scene’: Larry Elder Says If He Was A Democrat, Egg Attack Would Have Been Called A Hate Crime

Vaughan later died of his injuries after being transported to the Duke University Hospital in Durham.

More from The News & Observer:

According to the N.C. State Bureau of Investigation, which is investigating the incident, a Roxboro police officer fired the shot that hit Vaughan. The officer’s name has not been released.

A Person County sheriff’s deputy and a Roxboro police officer were injured in the incident, suffering a head gash and a broken hand, respectively. The SBI said both were treated at a hospital and released.

Other News:   Larry Elder: In Snubbing Me, Democrats And Leftist Media Expose Their Racial Double Standard

“The SBI is on the ground trying to do the investigation, and we’ll just see what the evidence brings forward,” Freeman told WRAL. “I think it’s prudent for all of those involved in running the courthouse to look at it once the criminal investigation is done [and] determine are there things that could have been done differently and are there changes that need to be made.”