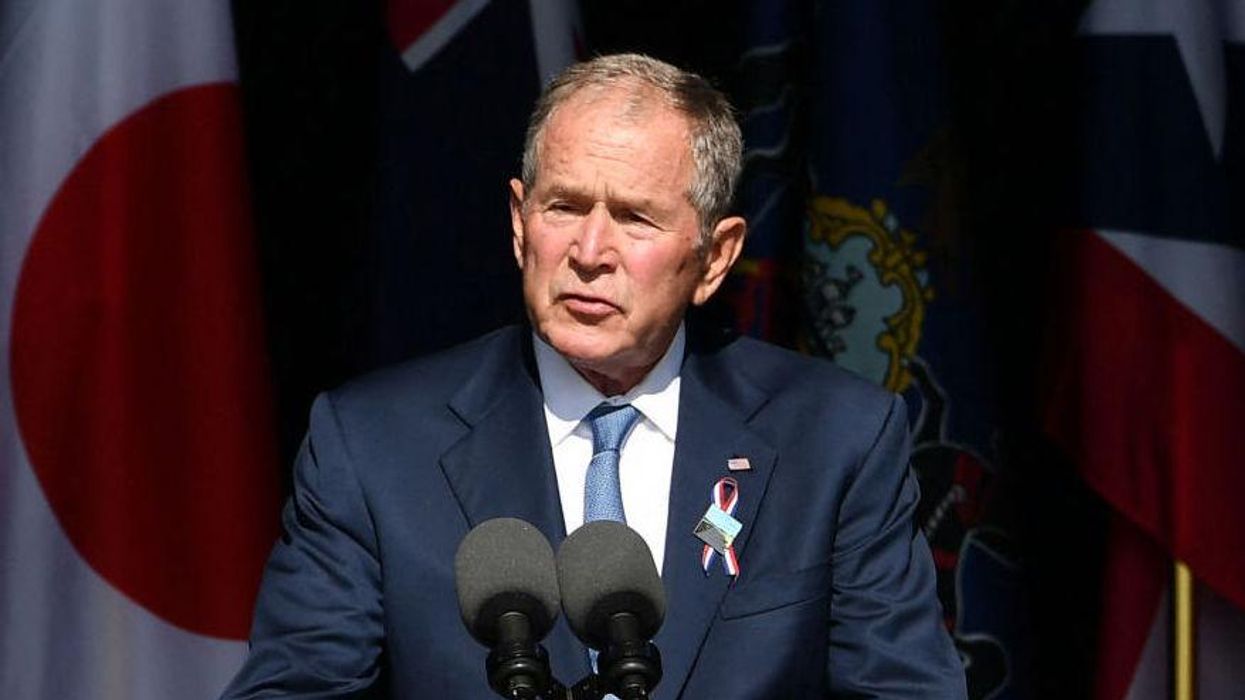 The comparison was widely reported as a thinly veiled allusion to those Americans who stormed the U.S. Capitol on Jan. 6.

What did Bush say?

While commemorating the 20th anniversary of the Sept. 11 attacks, which happened during his first presidential term, Bush warned of “growing evidence” that terrorism threats do not only come from abroad.

Other News:   Fort Lauderdale Man Accused Of Stealing Car With Child Inside Charged With Kidnapping

“But in their disdain for pluralism, in their disregard for human life, in their determination to defile national symbols, they are children of the same foul spirit. And it is our continuing duty to confront them,” he continued.

The Washington Post reported that Bush, [w]ithout naming it, Bush seemed to condemn the Jan. 6 insurrection at the U.S. Capitol.” CNN agreed, publishing a story with the headline, “Bush alludes to US Capitol rioters when condemning violent extremists behind 9/11 attacks.”

Bush delivered his speech at the Flight 93 Memorial in Shanksville, Pennsylvania. Forty-four Americans — 37 passengers and seven crew members — were aboard that United Airlines Flight 93 when it was hijacked by terrorists. Those passengers and crew members bravely thwarted the terrorists’ plan to fly that plane into the U.S. Capitol building or White House. After storming the flight deck, United 93 crashed in rural Pennsylvania.

What did Bush say about the Capitol Riot?

Bush vocally condemned the events of Jan. 6, releasing a statement that called the riots “sickening and heartbreaking.”

“This is how election results are disputed in a banana republic — not our democratic republic,” Bush said.

“I am appalled by the reckless behavior of some political leaders since the election and by the lack of respect shown today for our institutions, our traditions, and our law enforcement,” Bush continued. “The violent assault on the Capitol — and disruption of a Constitutionally-mandated meeting of Congress — was undertaken by people whose passions have been inflamed by falsehoods and false hopes. Insurrection could do grave damage to our Nation and reputation.”

“In the United States of America, it is the fundamental responsibility of every patriotic citizen to support the rule of law,” Bush added. “To those who are disappointed in the results of the election: Our country is more important than the politics of the moment. Let the officials elected by the people fulfill their duties and represent our voices in peace and safety.”