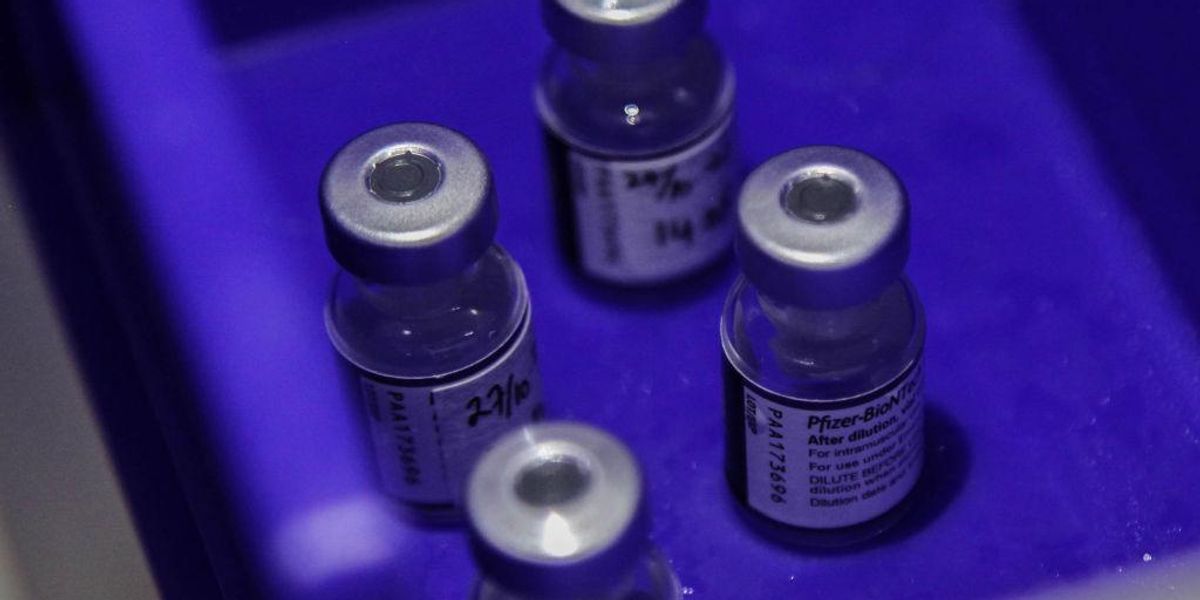 First it was lockdowns, then masks, then a series of failed shots and boosters, with a side-dish of remdesivir killing people in hospitals while blocking lifesaving treatments. Now, the same forces within big pharma are about to unleash their first outpatient drug on us. Are we really to believe that this will suddenly be the first pristine COVID product from big pharma that actually helps rather than harms us? Color me skeptical, especially based on what we know about Merck’s supposed wonder drug, Molnupiravir.

Merck’s Molnupiravir, also known as (EIDD-2801), was originally co-developed by Ridgeback Biotherapeutics LP and a biotech company owned by Emory University in 2003 to treat equine encephalitis and was later purchased by Merck to be used for coronavirus. There is nothing novel about the drug. It is a nucleotide analogue that introduces errors in the viral RNAat the time of replication after to cause mutations. The problem with mutagenic drugs is that they are known both to cause side effects, such as cancer and birth defects, in the individual, as well as spawn mutations in the virus — not coincidently similar to the leaky vaccines currently being used.

The reason drugs like ivermectin that work “accidentally” against viruses are so much safer is precisely because they don’t attempt to go after the virus in an offensive way, running the risk of damaging good cells and causing mutations. It’s actually a good thing that they are not traditional anti-virals and work in a defensive way. The reason we have so few anti-virals in the first place is because they are dangerous to the patient, sort of like chemotherapy.

Merck is asking for federal emergency use authorization at the same time the federal government has signed a $1.2 billion contract with them based on a single safety study conducted by … you guessed it … the very entity itself. Interestingly enough, the study participants were bizarrely told to abstain from “heterosexual intercourse” during the trial, a rare and interesting distinction for a trial protocol in an anti-viral therapeutic. But, in fact, they understood that this technology, which works similar to chemotherapy, is not safe for women of childbearing age who want to have children in the future. As Dr. Simon Clarke, associate professor in cellular microbiology at the University of Reading, said, the specific instructions on heterosexual sex “suggests that the drug has the potential to cause birth defects should someone become pregnant.”

Much like vaccines, anti-viral agents have to be formulated perfectly. If they fail to fully kill the virus, they run the risk of having the virus mutate and becoming more virulent, akin to shooting at the king and missing.

Also, in the same way anti-virals attack the genetic makeup of the viruses, they have the potential to damage the hosts as well, just like we see with anti-cancer drugs. “Proceed with caution and at your own peril,” wrote Raymond Schinazi, a professor of pediatrics and the director of the division of biochemical pharmacology at the Emory University School of Medicine, who has studied NHC for decades, in an email to “Barron’s” last month.

After the body ingests Molnupiravir, it produces a compound called NHC (N-hydroxycytidine). Schinazi, who works at the university that originally developed the drug, co-authored a paper in the Journal of Infectious Diseases a few months ago warning that NHC caused mutations in animal cell cultures. Schinazi used to own a biotech company that once attempted to pursue this drug, but abandoned it in 2003 once it was discovered it’s mutagenic tendencies.

Barron’s also interviewed Dr. Shuntai Zhou, another author of the study and a scientist at the Swanstrom Lab at UNC, who claims he warned Merck last year about their initial findings.

“There is a concern that this will cause long-term mutation effects, even cancer,” Zhou says.

Zhou says that he is certain that the drug will integrate itself into the DNA of mammalian hosts. “Biochemistry won’t lie,” he says. “This drug will be incorporated in the DNA.”

What impact it will have when it’s there is unknown, given the various systems human cells use to limit the impact of mutations.

Well, that sounds like a drug we want to dive into headfirst while we have safe, cheap, and effective alternatives.

Other News:   Kyle Rittenhouse Case Should Put the American Justice System on Trial

Merck disputes these claims and suggest their studies show otherwise. But are we really to once again place our blind trust in a company that stands to make billions when known molecular biological principles should caution us against proceeding forward with this technology? Why would we spend billions on an untested drug with a dangerous mechanism of action when safe, off-patent, repurposed drugs already work better without the risk?

In another violation of informed consent, Merck was given $356 million in taxpayer funding at the beginning of the pandemic to develop this already-developed drug, despite opposition at the time from former director of the Biomedical Advanced Research and Development Authority (BARDA) Rick Bright. He warned that “similar experimental drugs in this class had been shown to cause reproductive toxicity in animals, and offspring from treated animals had been born without teeth and without parts of their skulls.”

It is simply indefensible to pursue a drug like this when we already have established, effective, less expensive drugs that are actually safe. Even on side of efficacy, it’s becoming harder to take Merck’s press released “study” at face value. Two Indian companies that contracted with Merck have already pulled out of the deal because they believe it has no efficacy against moderate COVID-19 infections. Merck had already suspended its trials on Molnupiravir for hospitalized COVID patients, but in October, Aurobindo Pharma Ltd and MSN Laboratories pulled their studies after the drug failed to yield positive results with those who already had a moderate version of the virus.

The fact that Merck is seeking approval to make this drug a standard of care after their trial only followed up on safety data for 29 days in the human trials is unprecedented. The results of their human “trial” were never published in a peer-reviewed journal, the same as a press release released only on their website. “Merck says” their drug is safe and effective is in line not just for approval in the free market, but for government purchases of over a billion dollars’ worth of doses.

In the preprinted results of the study by Ridgeback employees last December, they made mention of toxicity in the bone marrow found in the dogs that were part of the animal trial. Interestingly enough, when the study was published in an actual journal several months later, the reference to toxicity in the bone marrow disappeared. However, in the approval paper from the U.K.’s Medicines and Healthcare Products Regulator Agency, they mention, “Reversible, dose-related bone marrow toxicity affecting all haematopoietic cell lines was observed in dogs at ≥17 mg/kg/day (0.4 times the human NHC exposure at the recommended human dose (RHD)).” That is not a large enough dose to achieve toxicity.

Shockingly, the U.K. regulator also concedes that “Carcinogenicity studies with molnupiravir have not been conducted,” even though long term cancer risks are always a concern with nucleotide analogues. The agency also revealed that “No clinical interaction studies have been performed with molnupiravir.”

Sadly, from everything we have seen with the shots and with remdesivir, the less safety data that is available, the more likely the FDA is to approve the drug — in violation of 100 years of standard protocols for drug approval.