Biden mocks resurgence of Al Qaeda on 9/11 anniversary, gets booed at memorial: ‘Terrible!’ 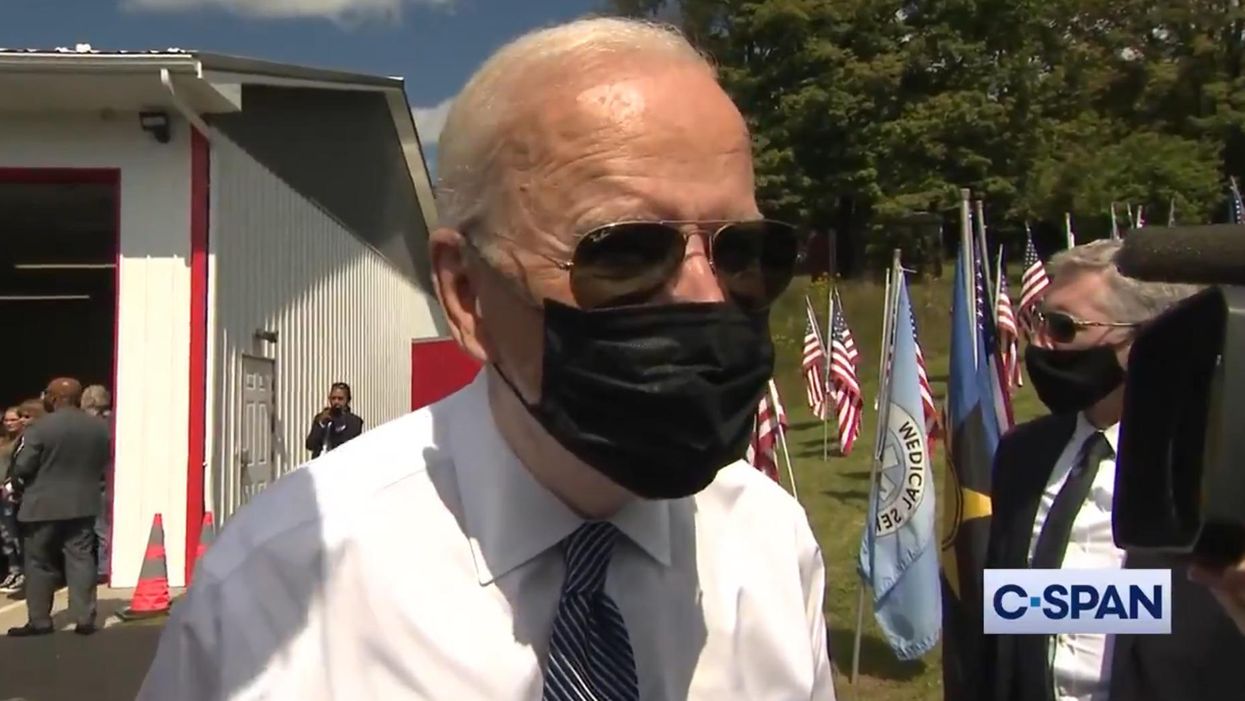 President Joe Biden mocked the resurgence of Al Qaeda on the 20th anniversary of the Sept. 11, 2001, terrorist attacks on Saturday after earlier in the day being booed while visiting the 9/11 Memorial at the World Trade Center.

What did Biden say?

While speaking with reporters at the Flight 93 Memorial in Shanksville, Pennsylvania — the location where 44 Americans lost their lives after thwarting hijackers’ plans to fly United Flight 93 into the White House or U.S. Capitol building — Biden admitted that Al Qaeda could “come back.”

“If you would have told anybody that we were going to spend $300 million bucks a day for 20 years to try to unite the country after we got [Osama] bin Laden, after Al Qaeda was wiped out there— can Al Qaeda come back? Yeah,” Biden said.

Other News:   Federal Agents Investigating After Boatload Of Drugs Found At Haulover Marina

“But guess what? It’s already back in other places,” he continued, lowering his voice to a mocking tone. “What’s the strategy? Every place where Al Qaeda is, we’re going to invade and have troops stay in? Come on.”

.@POTUS at #Flight93 Memorial: “What’s the strategy? Every place where al-Qaeda is we’re going to invade and have t… https://t.co/lp29iQ9Vd1

Biden’s admission contradicted what he said just weeks ago. In defending the botched Afghanistan withdrawal, Biden described the mission there as a success.

“What interest do we have in Afghanistan at this point with al Qaeda gone? We went to Afghanistan for the express purpose of getting rid of Al Qaeda in Afghanistan, as well as getting Osama bin Laden. And we did,” Biden said on Aug. 20. “We went and did the mission.”

“We know that al Qaeda is a presence, as well as ISIS, in Afghanistan, and we’ve talked about that for quite some time,” he said.

“I think the whole community is kind of watching to see what happens and whether or not Al Qaeda has the ability to regenerate in Afghanistan,” Austin said. “The nature of al Qaeda and ISIS-K is that, you know, they will always attempt to find space to grow and regenerate, whether it’s there, whether it’s in Somalia, whether it’s in any other ungoverned space.”

When was Biden booed?

While walking with former Presidents Bill Clinton and Barack Obama at the 9/11 Memorial in New York City, Biden stopped to speak with a nearby person.

That’s when the crowd of people began booing.

“You’re a mug for what you did to Afghanistan,” one man yelled. “Terrible! Terrible!”