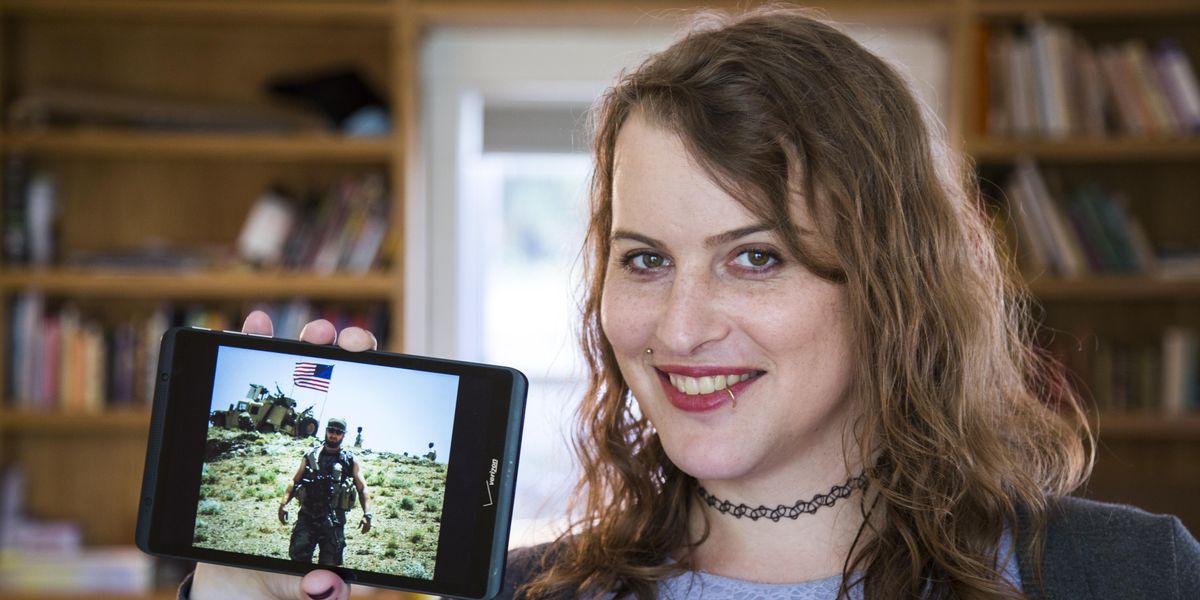 Alana McLaughlin, the second openly transgender woman to compete in professional mixed martial arts, beat a woman to submission in her MMA debut at the Combate Global prelims in Miami, Florida.

McLaughlin used a rear-naked choke on Celine Provost, ending the fight 3 minutes, 32 seconds into the second round.

When being declared the winner of the fight, McLaughlin wore a t-shirt that read: “end trans genocide.”

McLaughlin was cleared to fight by the Florida State Boxing Commission after having her hormone levels tested, ESPN reported.

Other News:   Retired AA Pilot Beverley Bass Recalls Trying To Fly From Paris To DFW On 9/11

Fox broke the orbital bone of biological female fighter Tamikka Brents, and gave her a concussion during a 2014 fight. Brents said after the fight, “I’ve fought a lot of women and have never felt the strength that I felt in a fight as I did that night.” In January, Fox was called the “bravest athlete in history” by Outsports, a sports news website centered around LGBTQ issues.

Before the fight, McLaughlin praised Fox and told Outsports, “I want to pick up the mantle that Fallon put down. Right now, I’m following in Fallon’s footsteps. I’m just another step along the way and it’s my great hope that there are more to follow behind me.”

Other News:   Biden mocks resurgence of Al Qaeda on 9/11 anniversary, gets booed at memorial: 'Terrible!'

McLaughlin admitted it was a “nightmare” finding an opponent willing to fight her, but had “nothing but respect” for Provost, who recently recovered from COVID-19.

McLaughlin wrote in an Instagram post that she was “getting a lot of variations of the same nasty messages calling me a cheater,” adding, “Transphobes are just making my block hand stronger.”

“It was my only option, to either force myself into manhood somehow or die,” she said in a 2016 interview about joining the military. “I was playing a part that wasn’t really me.”

How Leaving The Army Special Forces Helped This Transgender Woman Love Herself www.youtube.com