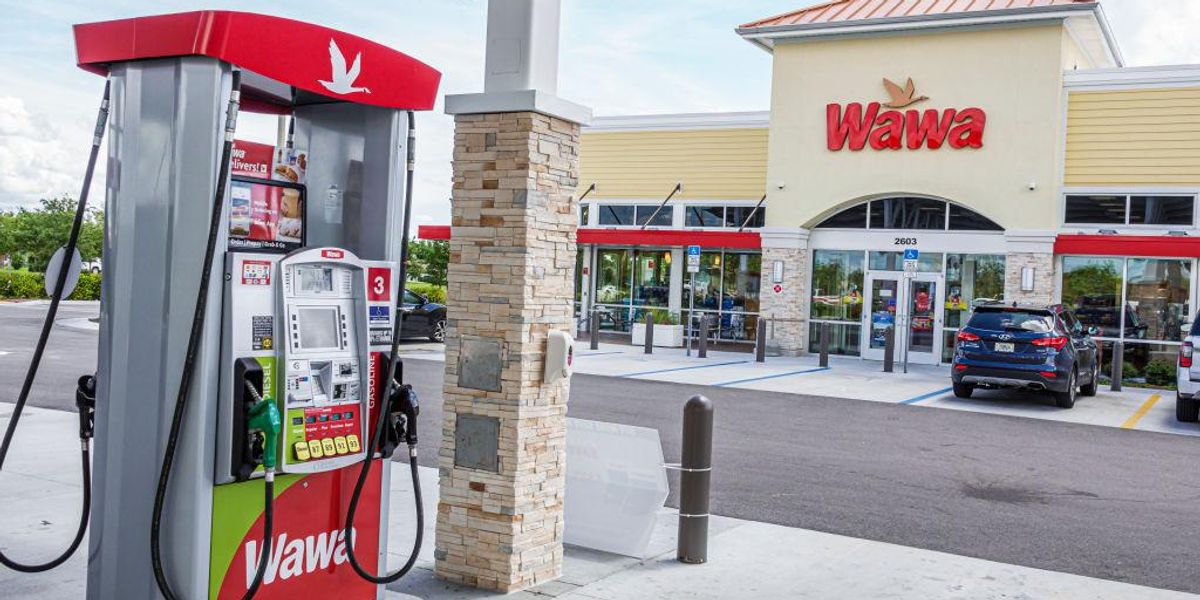 Florida Gov. Ron DeSantis on Monday announced that the Republican-controlled state legislature will act to suspend the state’s gas tax to provide $1 billion in relief to drivers feeling pain at the pump as inflation continues to push prices up.

Speaking at a Buc-ee’s gas station and convenience store in Daytona Beach, DeSantis called out “inflationary policies out of Washington” for driving up consumer prices ahead of the holidays.

“The price of a Thanksgiving dinner is up over 20% just over last year,” DeSantis said. “I think what’s most dramatic, because it affects most people in their daily lives, is gas prices going up.”

According to the American Automobile Association, the average price for a gallon of regular unleaded gasoline in Florida jumped 10 cents to $3.36 in the last week alone. While still below the national average of $3.41, WPLG-TV reports it marks the highest price Floridians have paid for gas since September 2014. The governor noted that the price of gas today is $1.31 more expensive than it was a year ago.

“We think this is a huge problem for working families in Florida. Really it hits everybody, but it particularly hits blue-collar people, people on fixed income,” DeSantis said.

He explained that the state government could provide immediate relief for Florida families by suspending the gas tax until prices come back down.

“The average family over a five or six month period, you know, could save up to $200,” the governor told reporters. “There’s a whole bunch of things that go into the price of gas. There’s different taxes, federal, state, local level, we’re taking over 25 cents from Florida and we will basically zero that out for as long as we can and do over a billion dollars. That’s going to make a huge, huge deal.”

DeSantis said he’s spoken with business leaders in the state to ensure that if the tax holiday passes, prices at the pump will come down.

“We talked [to] Racetrack, we talked to Daily’s, Gate, a bunch of them throughout the state of Florida, and they all said yes, absolutely [we will lower prices]. And I think the reason is it makes financial sense for them because they make a lot of money when people come into their store and buy things,” DeSantis said.

He added that state budget surpluses have put Florida in “great financial shape” and told reporters that suspending the gas tax will not hamper state infrastructure spending.

The AAA said Monday that gas prices should decline through the holiday season after crude oil prices fell 6% last week.

“High gas prices are not something drivers will be thankful for this Thanksgiving,” AAA spokesman Mark Jenkins said. “The good news is gas prices should gradually decline through the holiday. Crude oil and gasoline futures dropped last week, and that should restore some downward pressure on prices at the pump.”

Other News:   Dutch PM lashes out at ‘idiots’ after third night of violence

Economists say that the higher prices seen at gas stations nationwide are caused by more Americans demanding gas for travel as pandemic restrictions lift, supply chain issues, and OPEC and other oil-exporting countries limiting the supply of oil internationally while the Biden administration restricts oil production in the United States.