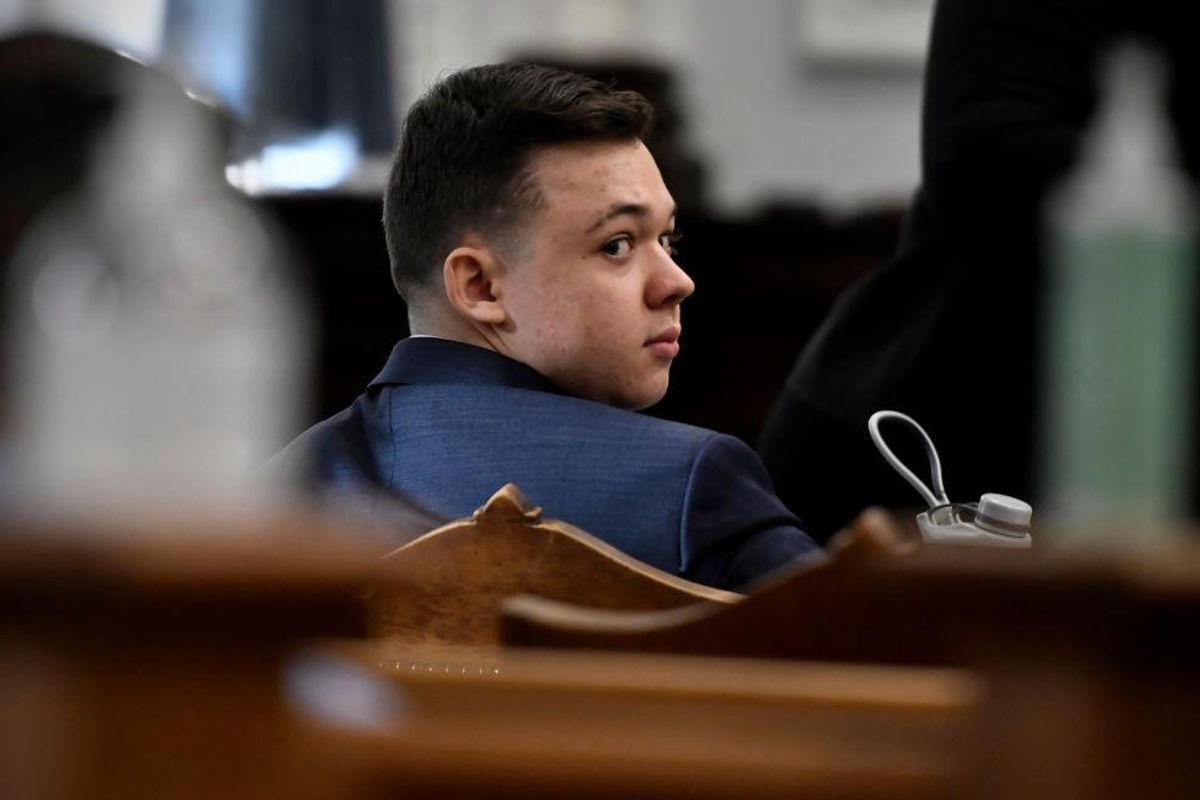 A columnist for the Washington Examiner said that he was “censored” by TikTok after a video he posted defending Kyle Rittenhouse was removed from the platform.

Brad Polumbo, a policy correspondent with the Foundation for Economic Education, wrote in an op-ed Monday that a short video he posted to TikTok over the weekend defending Rittenhouse was “bizarrely” removed for violating the app’s “harassment and bullying” policy. The video was later restored without explanation from the company.

Rittenhouse (18) was accused of murder after he shot three people, killing two, at a Black Lives Matter riot in Kenosha, Wisconsin, on Aug. 25, 2020. A jury found him not guilty on multiple felony counts last week after his lawyers argued he acted in self-defense.

On Sunday, Polumbo posted a TikTok video arguing that Rittenhouse’s case exposed the hypocrisy of many people on the left who support criminal justice reform but demanded that the judge and the jury unfairly throw the book at Rittenhouse.

“Hakeem Jeffries, a progressive congressman, literally tweeted while the trial was still going on: ‘Lock up Kyle Rittenhouse and throw away the key.’ And he’s the same guy that rails against mass incarceration — and I agree with him sometimes — but now, before the trial was even over, they were calling for this guy to be locked up and throw away the key … like they’ve already reached their conclusion. And they lied about it being a ‘white supremacy’ thing when it’s a white dude that shot other white people [thing],” Polumbo said.

Other News:   BREAKING: One dead, three injured in terrorist attack near the Western Wall in Jerusalem

He continued: “You don’t have to either think that he’s a hero who did everything right and made amazing decisions or he’s an evil white supremacist who should go to jail. The truth is, I would never let my teenager go to a riot zone with a weapon — that was a bad decision to make — but in the moment, he defended himself. He wasn’t some mass shooter white supremacist, and he should be acquitted.”

After Polumbo posted that message, he reported on Twitter that his video had been removed by TikTok for violating the platform’s guidelines on “harassment and bullying.”

His appeal was reviewed by TikTok and denied.

“What part of that constitutes ‘bullying’ or ‘harassment’ in any form?” Polumbo asked in his op-ed.

“And this bizarre censorship decision by TikTok wasn’t an error or mistake,” he added. “I appealed the removal of my video, and my appeal was denied.”

Other News:   ANOTHER Open Letter To Kyle Rittenhouse

TikTok’s Community Guidelines on harassment and bullying state that the company believes “in an inclusive community and individualized expression without fear of abuse.”

“We do not tolerate members of our community being shamed, bullied, or harassed. Abusive content or behavior can cause severe psychological distress and will be removed from our platform,” the company says.

The website prohibits content that insults or disparages other people for their appearance or intelligence, encourages coordinated harassment, disparages the victims of violent tragedies, engages in intimidation or cyberstalking, or wishes death, serious illness, or other serious harm to another individual or public figure. TikTok also prohibits sexual harassment, hacking, doxing, and blackmail.

It is not clear which of these policies were violated by Polumbo’s video. TikTok did not respond to a request from The Blaze for comment.

Polumbo told The Blaze that he wasn’t really bothered if all that happened was his video was flagged by an algorithm.

“What blows my mind is that a human reviewed my appeal and decided that my video making extremely mainstream arguments about the case is ‘harassment and bullying,'” he said. “That shows just how skewed the woke information bubble is that these people operate in.”

Other News:   Environmental activist David Suzuki warns pipelines will be blown up if action is not taken

After his appeal was initially denied, Polumbo said Monday that TikTok restored his video “with no message/notice from them regarding the deletion or denied appeal.”

I appreciate it, but this doesn’t solve the problem. \n\nMost people don’t have a blue checkmark and big accounts to RT them to get attention and get absurd censorship decisions reversed. \n\nThey need to address their bias so this kind of insanity doesn’t happen again.

While he’s thankful his video is back up, Polumbo emphasized that other people who are wronged by social media censorship don’t have the reach or influence a verified journalist like himself has to pressure TikTok or any other company into reversing their censorship.

“How many random people had their opinions on Rittenhouse deleted yet can’t get it reversed because they aren’t blue check journalists?” he observed.

“That kind of inconsistency is really horrible.”