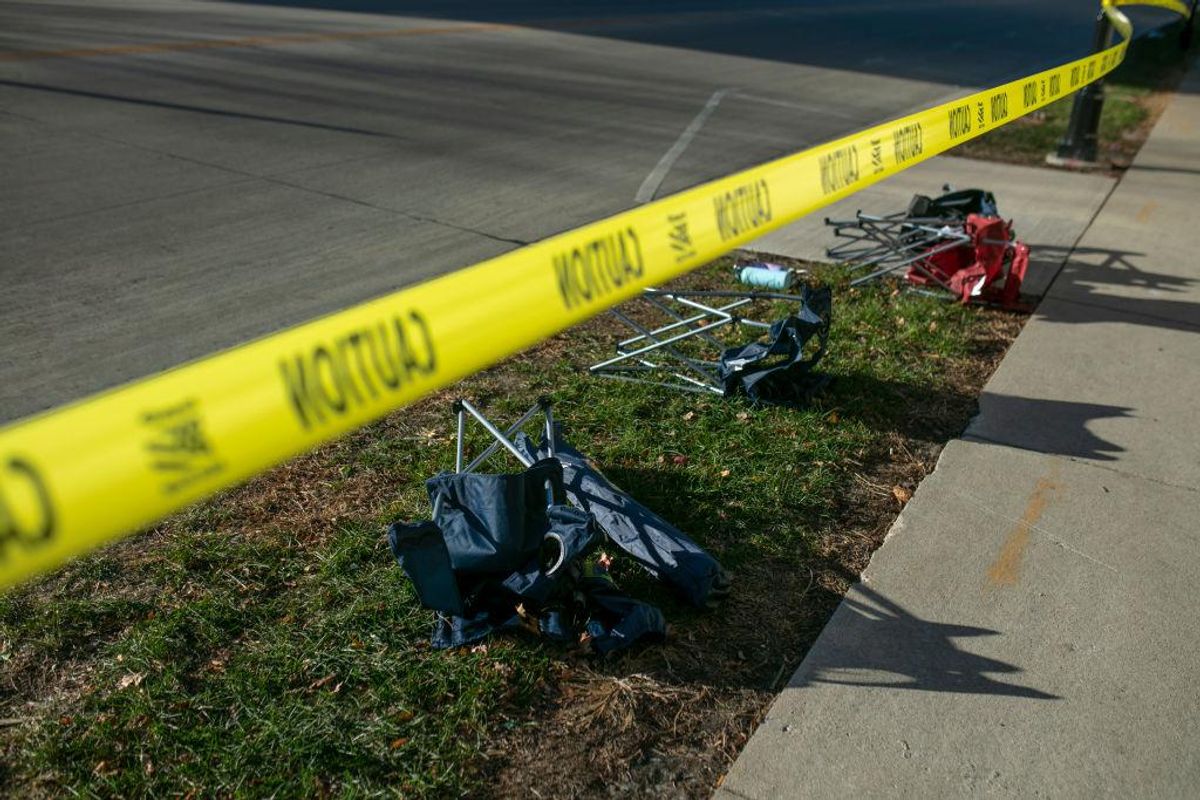 The Milwaukee County district attorney admitted on Monday that the person suspected of driving his vehicle into crowds of people during a Christmas parade in Waukesha, Wisconsin Sunday night was released from jail on “inappropriately low” bail.

Darrell Brooks Jr. (39) was taken into police custody Monday morning as a person of interest in the tragedy, which resulted in the deaths of at least five people and injuries to at least 40 more. He is suspected of plowing his Ford Escape SUV into the ongoing holiday parade, striking dozens of bystanders — including children and the elderly.

Shortly after his arrest, news surfaced that Brooks was also the suspect in multiple pending criminal cases but had recently been released from jail after posting bail.

Other News:   Republican Kim Wyman to register as an Independent after taking new role with Biden administration

The Milwaukee Journal-Sentinel reported that Brooks “has been charged three times in less than two years with recklessly endangering the safety of others, most recently in an incident in which he is accused of running a woman over with his vehicle in Milwaukee.”

According to Milwaukee County District Attorney John T. Chisholm, the suspect should never have been afforded the opportunity for release on such a low bond amount. Brooks posted bail on Nov. 11, just ten days before the mass casualty incident.

“The State’s bail recommendation in this case was inappropriately low in light of the nature of the recent charges and the pending charges against Mr. Brooks. The bail recommendation in this case is not consistent with the approach of the Milwaukee County District Attorney’s Office toward matters involving violent crime, nor was it consistent with the risk assessment of the defendant prior to setting of bail,” the district attorney said in a statement.

BREAKING: The Milwaukee Co. District Attorney says Waukesha suspect Darrell Brooks should not have been released on such a low cash bond earlier this month. They are conducting an internal review.\n\n#Waukesha #waukeshaChristmasParadepic.twitter.com/GmUNOkwLpg

On Nov. 5, Brooks was charged with second-degree recklessly endangering safety, felony bail jumping, battery, obstructing an officer, and disorderly conduct for which a cash bail was set at just $1,000, WTMJ-TV reported.

On top of that, he had another pending case involving charges of second-degree recklessly endangering safety and felon in possession of a firearm.

Chisolm added that his office is “currently conducting an internal review of the decision to make the recent bail recommendation in this matter in order to determine the appropriate next steps.”

Other News:   Disney star taken to the woodshed after 'glorifying a child rapist' in tribute to Rittenhouse attacker Joseph Rosenbaum

Unfortunately, no matter what retroactive steps are taken, they will not result in the return of lost loved ones to the grieving families.

Debate over low cash or zero-cash bail has been a hot political topic of late, especially in progressive areas of the country where such policies are being tested as an alleged means to bring equity into the criminal justice system. But releasing dangerous criminals onto the street often times brings about grave consequences, as is apparent in the case of Darrell Brooks.