‘They don’t understand’: Biden responds to angry Americans who called him out while touring storm damage 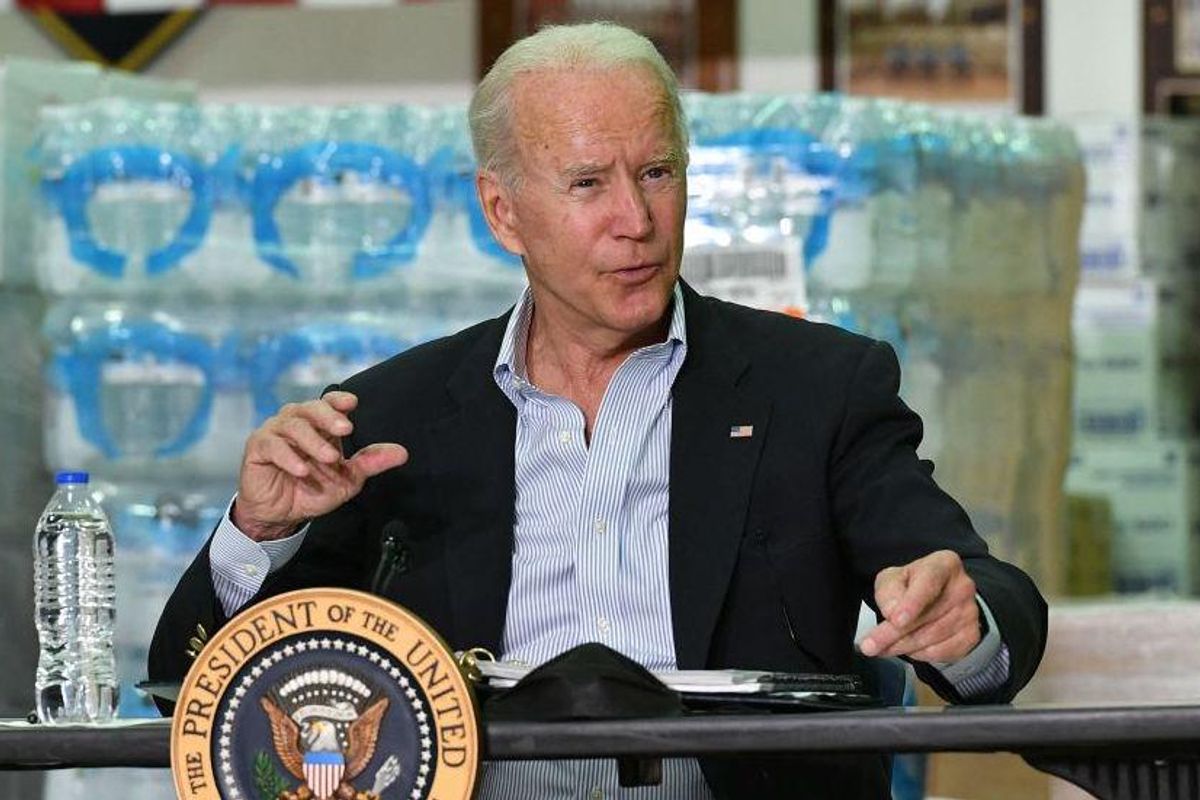 President Joe Biden completely dismissed angry Americans on Tuesday who earlier in the day had called out the president as he was touring the storm damage in New Jersey.

As Biden was touring damage caused by the remnants of Hurricane Ida, nearby people in a Manville, New Jersey, residential neighborhood yelled at the president.

“I’m an immigrant and I am proud of this country,” one woman screamed. “I’d give my life for this country. You guys should be ashamed of yourselves — this is a republic, not China. It’s sad. It’s sad that America has come to this. It’s sad — despicable.”

Others nearby demanded that Biden resign, and even called him a “f***ing tyrant.” One man said, “All this for a f***in’ photo-op? You ain’t gonna do s**t!”

Also heard in the background was a man chiding Biden for his botched Afghanistan withdrawal. Although the audio is difficult to discern, the man said his friend died in Afghanistan in 2011.

“For what? So this guy could pull this s**t? You leave them in ruins and you leave Americans behind!” the man screamed.

“You leave Americans behind!” the man screamed again. “We will leave you behind!”

“It’s sad that America has come to this.”

BIDEN takes a barrage of heckles from people behind a fence waving a Tr… https://t.co/Z0iXhIVrzF

One sign reportedly read “F*** Biden And F*** You for Voting For Him,” while another said, “Biden go back 2 the basement.” People also held pro-Trump flags and signs.

Other News:   Justin Trudeau pelted with rocks… The anger is intense…

How did Biden respond?

While speaking in Queens after surveying the storm damage, Biden acknowledged that he was heckled, but outright dismissed the angry Americans.

Biden oddly claimed the hecklers did not live in the neighborhood — despite cameras capturing some of those who voiced the frustrations standing clearly inside a fenced yard — and said the hecklers were angry about “free enterprise.”

Biden says after touring storm damage in NYC and NJ: “The people who stand on the other side of the fences, who don… https://t.co/betLBraaT0

Biden has blamed climate change for Hurricane Ida, which killed dozens of Americans, mainly in New York and New Jersey. He used a speech on Tuesday to urge Americans to take “bold action now to tackle the accelerating effects of climate.” Biden suggested his multitrillion dollar spending bills are the solution that Americans need.

Other News:   Robert F. Kennedy’s Widow Does Not Want His Killer Paroled

The president is also asking Congress for $24 billion in disaster relief funds, NPR reported. The money would be used to help recover Americans impacted by tropical storms, like Hurricane Ida, and wildfires that continue to ravage the west, as they do every summer.