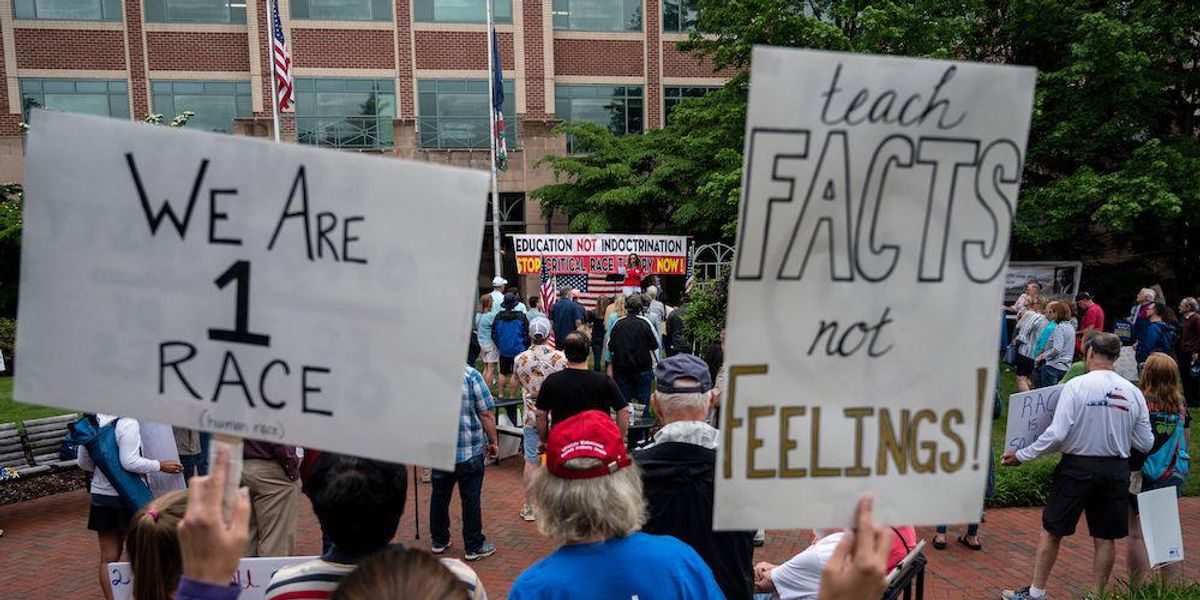 A junior high school in Manhattan is racially segregating students as part of its efforts to discuss identity and social justice issues, the New York Post reported.

According to the paper, an email to parents of students at the Lower Manhattan Community School said that the institution will be splitting kids into categories based on race as part of its efforts to “undo the legacy of racism and oppression in this country that impacts our school community.”

The letter, which was written and signed by principal Shanna Douglas, said the seventh- and eighth-grade students will be permitted to opt into one of five categories.

“On November 23rd and 24th, 7th and 8th graders will explore the question ‘How do our racial identities influence our experiences?’ in affinity groups,” Douglas declared, the Post reported. “An affinity group is a group formed around a shared interest.”

Apparently those “shared interests” are just about skin color.

The “affinity groups” will categorize students by race, according to the principal’s letter.

Black and Hispanic students will be combined into one group. And mixed-race students will have their own category, Douglas said, according to the Post.

If a student is one of those kids who has a problem with the segregation, then he can join a the fifth group, which, the paper said, “appears to be for those uncomfortable with the format.”

That group, Douglas’ letter said, will start with a discussion titled “Why are we even talking about racial identity?”

According to the city’s Department of Education, the program is “optional” and is just a “two day celebration.”

“This optional program was developed in close coordination with both the School Leadership Team, PTA and families,” DOE spokesman Nathaniel Styer told the Post, adding that it was “abundantly clear to both students and parents that anyone can opt-out of this two day celebration if they desire.”

While some parents told the paper they’re good with the segregation efforts, others are not on board and find the tactics “insidious.”

“I think a lot of us feel like this is too much,” one mother said. “But most parents are too afraid to say anything at this point. Why are we separating our kids like this?”

“Teach the history [of racism],” one dad told the Post. “Tell that story. I’m all for an honest accounting. But this is something different. It’s insidious.”

The Post’s editorial board added its objection in an editorial posted Sunday night.

It’s breathtaking in its perverse perniciousness: a Manhattan junior-high school’s plan to racially separate 7th and 8th grade students into so-called “affinity groups” for class discussions on racial identity and social justice. This is a public school teaching children that the color of their skin matters more than the content of their character.

The principal, Shanna Douglas, says the exercise serves the school’s mission to “undo the legacy of racism and oppression in this country that impacts our school community.” No, it’s feeding, even creating, an entirely new racism.

The Lower Manhattan Community School is 44 percent Asian, 29 percent white, 15 percent Hispanic and 8 percent black. That melting pot surely teaches them plenty about how to get along, fostering friendships that show them they’re not really different. Douglas wants them obsessing about differences that shouldn’t matter at all.

The paper closed its editorial blasting the initiative by noting that “plenty of work remains to be done” on race-related issues, “[b]ut no one needs the schools actively setting that work back by insisting on maximal race-consciousness, let alone by literally imposing racial segregation on junior-high kids.”

For any inquiries, contact Amnon Free Press (Amnon Jobi Jakony) by writing to editor [at] amnonfreepress.com. Discover a world of hyper-local news below.
Other News:   Vestas data ‘compromised’ by cyber attack