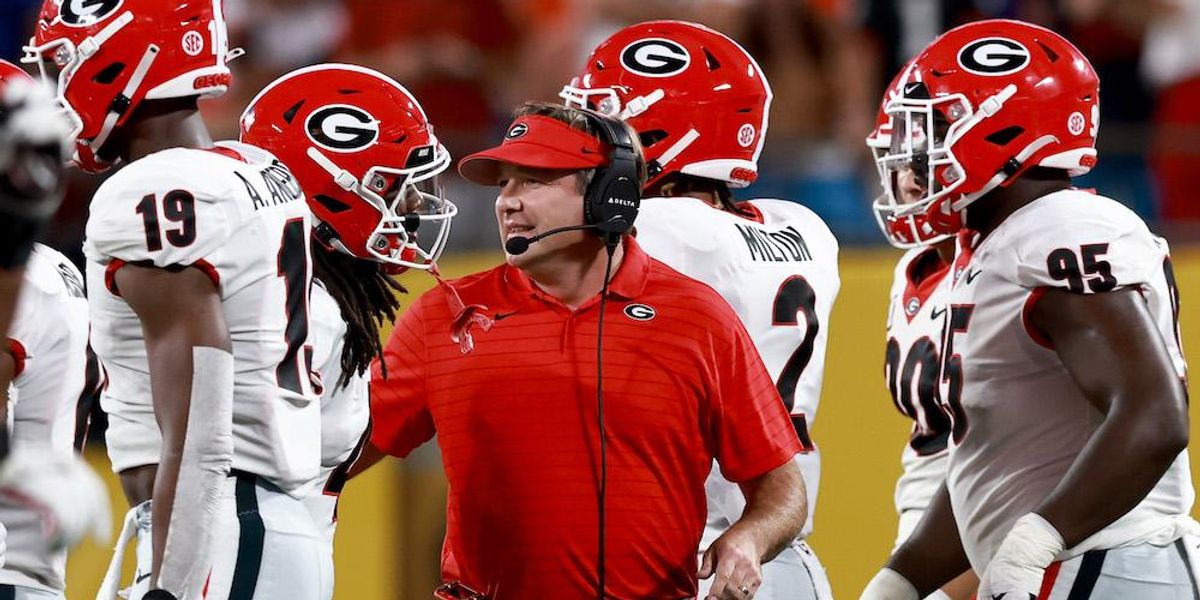 University of Georgia football coach Kirby Smart did not get much time to enjoy his Bulldogs’ impressive 10-3 win Saturday over the Clemson Tigers.

Instead, he’s dealing with a COVID spike among players and personnel — on a team that is more than 90% vaccinated, ESPN reported.

Georgia, fresh off an impressive win over No. 3 Clemson, is set to host the University of Alabama-Birmingham in its first home game of the 2021 season on Saturday, but now multiple Bulldogs are going to be sidelined for a while with COVID, Smart told reporters Monday.

The news of the infections not only has the coach in a quandary about who on his roster will be available to play this weekend, but it also has him concerned since all of the COVID-19 cases are among people who are fully vaccinated on a team where nearly everyone has received the jabs.

“I’ll be honest with you, I’m as concerned as I’ve ever been, because we have three or four guys out with COVID and we have a couple staff members that have been out with COVID here recently,” Smart said, according to ESPN.

“We’re at our highest spike,” he added.

And it’s not because players and personnel are unvaxxed, he was sure to point out, which means he’s concerned for everybody, not just the unvaccinated who have received the brunt of criticism from health experts.

“People are talking about vaccinations, well these are people that are vaccinated,” Smart said, though he did not identify who had tested positive. “We’re talking about breakthroughs, and so that concerns you not only for the players on your team that are unvaccinated, that are playing and not playing, because we want everybody to be safe. But it concerns me for the players that are vaccinated that we could lose them.”

Other News:   How To Protect Children Under 12 From COVID-19, According To Dr. Anthony Fauci

Smart told reporters last month that more than 90% of his players, coaches, and staffers had been fully vaccinated, ESPN said.

The coach, naturally, is disappointed.

“This is the highest we’ve been since fall camp right now,” he said. “I think there’s this relief that you guys feel like everything’s back to normal, well it’s really just not for us right now.”

Lest anyone think the only people connected to the team getting invected are careless players and trainers, Georgia’s sports medicine director, Ron Courson, who is also fully vaxxed, was diagnosed with COVID-19 last week and has had a “tough run” of it, according to Smart.

“Ron’s doing good, he’s had a tough run,” Smart said. “Ron’s the hardest worker I’ve ever met in my life, and he’s never not been at this building on any day. Never not been here two days in a row, including spring break and off time, and it’s killing him, I think, to not be here. His health seems good and, hopefully, he’ll be back.”