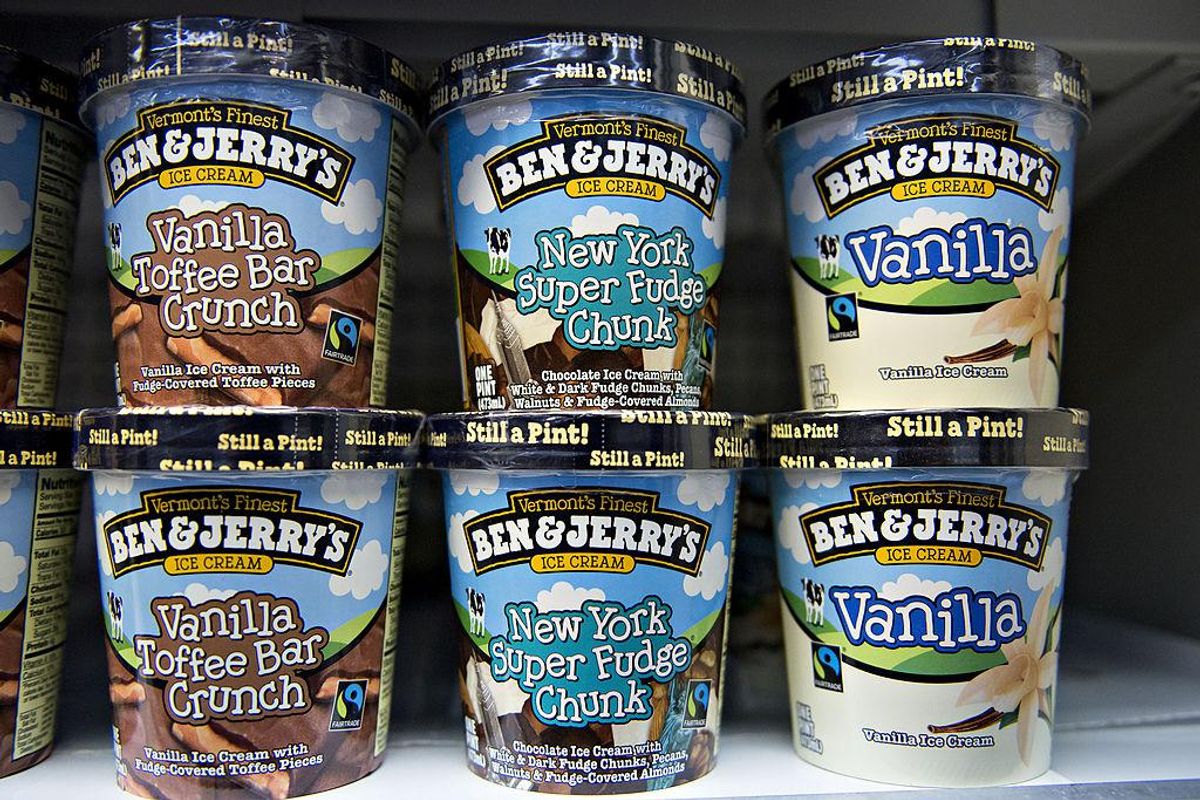 Arizona is divesting all state funds from Unilever, the the parent company of ice cream giant Ben & Jerry’s which previously announced plans to yank its products from so-called “Occupied Palestinian Territory.”

“We believe it is inconsistent with our values for Ben & Jerry’s ice cream to be sold in the Occupied Palestinian Territory (OPT),” the ice cream business said in a July statement. “We have a longstanding partnership with our licensee, who manufactures Ben & Jerry’s ice cream in Israel and distributes it in the region. We have been working to change this, and so we have informed our licensee that we will not renew the license agreement when it expires at the end of next year,” the company noted. “Although Ben & Jerry’s will no longer be sold in the OPT, we will stay in Israel through a different arrangement. We will share an update on this as soon as we’re ready.”

Unilever released a statement in which it explained that, “Ben & Jerry’s was acquired by Unilever in 2000. As part of the acquisition agreement, we have always recognised the right of the brand and its independent Board to take decisions about its social mission.”

“Arizona law states that a public entity or public fund may not enter a contract or directly invest moneys with a person or company that is engaged in boycotting Israel,” Yee noted in a letter last week to Richard Williams of Unilever Investor Relations. “On August 3, 2021, our office wrote to Unilever PLC, informing your firm that it has been identified as actively boycotting Israel due to the actions of Ben & Jerry’s, a subsidiary of Unilever, announcing that it will withdraw sales from the West Bank and other territories in Israel at the end of 2022.”

The Grand Canyon state’s investments in Unilever will fall all the way to zero later this month.

“Our investments in Unilever have been reduced from $143 millions as of June 30, 2021, to $50 million today and will be zero by September 21, 2021 after our last investment in Unilever matures,” Yee noted in the letter.

In Tuesday press release, Yee expressed her support for Israel.

“As Arizona’s Chief Banking and Investment Officer, I stand with Israel, and I will not allow taxpayer dollars to go towards anti-Semitic, discriminatory efforts against Israel,” Yee said, according to the release.

“I gave Unilever PLC, the parent company of Ben & Jerry’s, an ultimatum: reverse the action of Ben & Jerry’s or divest itself of Ben & Jerry’s to come into compliance with Arizona law or face the consequences. They chose the latter,” Yee said. “It does not matter how much investment Unilever PLC has in Israel, with Ben & Jerry’s decision to no longer sell its product in the West Bank, the companies are in violation of the law in Arizona. Arizona will not do business with companies that are attempting to undermine Israel’s economy and blatantly disregarding Arizona’s law.”

In the FAQ section included with its announcement, Ben & Jerry’s argued that its choice is not anti-Semitic or anti-Israel.

“Our decision to exit the OPT was based on our belief that it is inconsistent with our values for Ben & Jerry’s to be present within an internationally recognised illegal occupation. Speaking and acting on our values is neither anti-Israel nor antisemitic,” the company said.