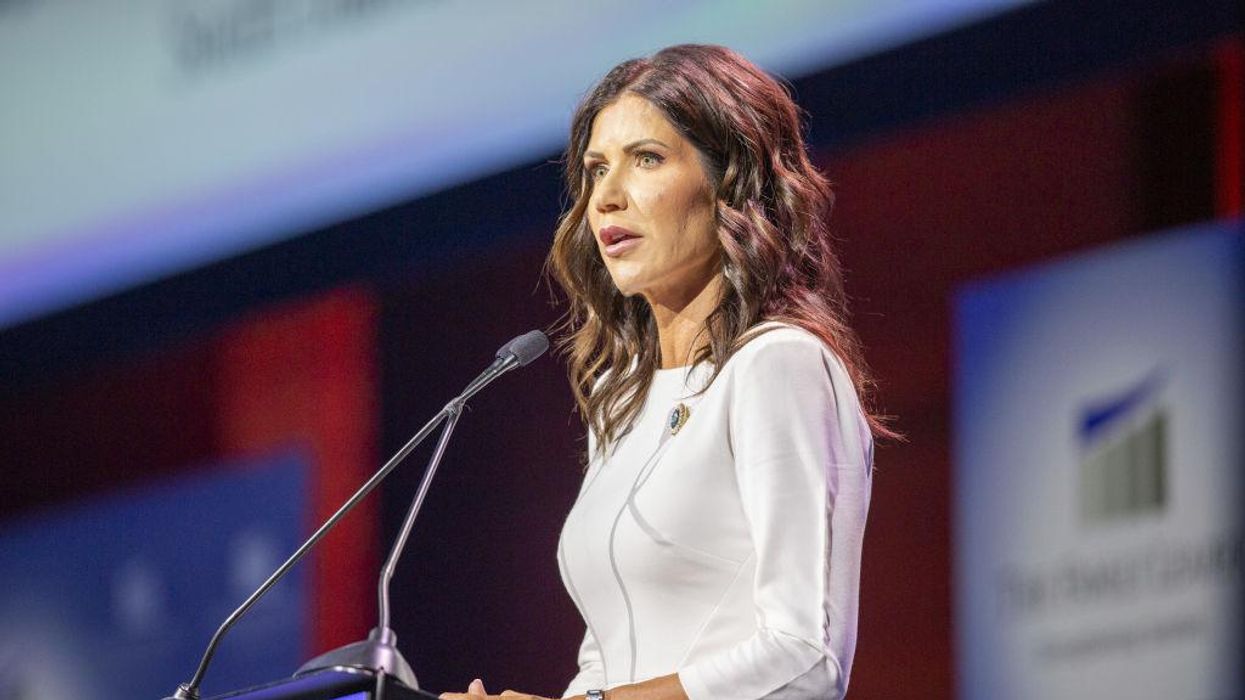 The move follows Noem’s promise to strengthen pro-life laws in South Dakota after the Supreme Court refused to block a Texas law banning abortions after six weeks, the time at which an unborn baby develops a heartbeat. It also serves as a direct rebuke to President Joe Biden’s administration, which in April acted to allow women seeking abortions to be prescribed and sent drugs that would kill their unborn child without an in-person visit with an abortionist.

“The Biden Administration is continuing to overstep its authority and suppress legislatures that are standing up for the unborn to pass strong pro-life laws. They are working right now to make it easier to end the life of an unborn child via telemedicine abortion. That is not going to happen in South Dakota,” Noem said in a statement.

The Biden Administration is pushing abortion on demand. That’s not going to happen in South Dakota.
https://t.co/ZqQqpGRzdw

The governor’s executive order declares that abortion-inducing drugs may only be prescribed or dispensed by a licensed physician in South Dakota who has met in-person with the woman seeking an abortion. Abortifacients may not be provided via courier, delivery, telemedicine, or mail service under the order. They cannot be dispensed or provided in schools or on state grounds either.

Noem further instructed the South Dakota Department of Health to create licensing requirements for “pill only” abortion clinics; to collect data on the frequency of chemical abortions in the state and how many women experience adverse side effects that require a medical follow-up; and to strengthen reporting requirements for emergency room complications related to chemical abortions.

Pro-life groups praised Noem’s order, criticizing the Biden administration for easing access to abortion drugs that have known side effects including heavy and prolonged vaginal bleeding, infection, fever, digestive system discomfort, and in some cases may fail to kill the unborn child.

“We commend Governor Noem for taking this bold action that will save lives from dangerous chemical abortions, which have a fourfold higher rate of complications compared to surgical abortion,” said Marjorie Dannenfelser, president of Susan B. Anthony List. “The Biden administration would turn every post office and pharmacy into an abortion center if they had their way, leaving women alone and at risk of severe heavy bleeding, physical, emotional, and psychological stress, and more.”

Other News:   Biden Busted Yet Again in Another Shameful Lie

“States can no longer depend on the FDA to regulate abortion drugs in any meaningful way, and I am pleased to see Governor Noem step up for her state,” Americans United for Life CEO and President Catherine Glenn Foster said. “Abortion is never safe, but it’s far more dangerous when women are abandoned by physicians and left to manage their complications alone.”

Opponents of the restrictions contend that chemically-induced abortions are safe and that prohibiting them would unconstitutionally deprive rural Americans who live far from South Dakota’s single abortion clinic of access to abortions.

“Having an abortion is a private medical decision, one that is protected under the U.S. Constitution, and it’s disappointing that Gov. Noem continues to insert herself into the patient-doctor relationship,” Janna Farley, the communications director of the American Civil Liberties Union of South Dakota, said. “It’s clear that the attacks on our abortion rights are not letting up in South Dakota.”

Other News:   Joy Reid lashes out at Tucker…

South Dakota law requires pregnant women to meet with an abortionist and undergo a physical examination before scheduling an abortion procedure or being prescribed an abortifacient. Women must also wait 72 hours before the procedure. South Dakota requires abortions after the 12th week of pregnancy to be performed in a hospital and has banned abortions after the 22nd week of pregnancy except for medical emergencies.

Noem has vowed that under her leadership, South Dakota will have “the strongest pro life laws on the books.”

Following the Supreme Court’s decision to leave the pro-life TX law in place, I have directed the Unborn Child Advo… https://t.co/dHmbd4xX5F