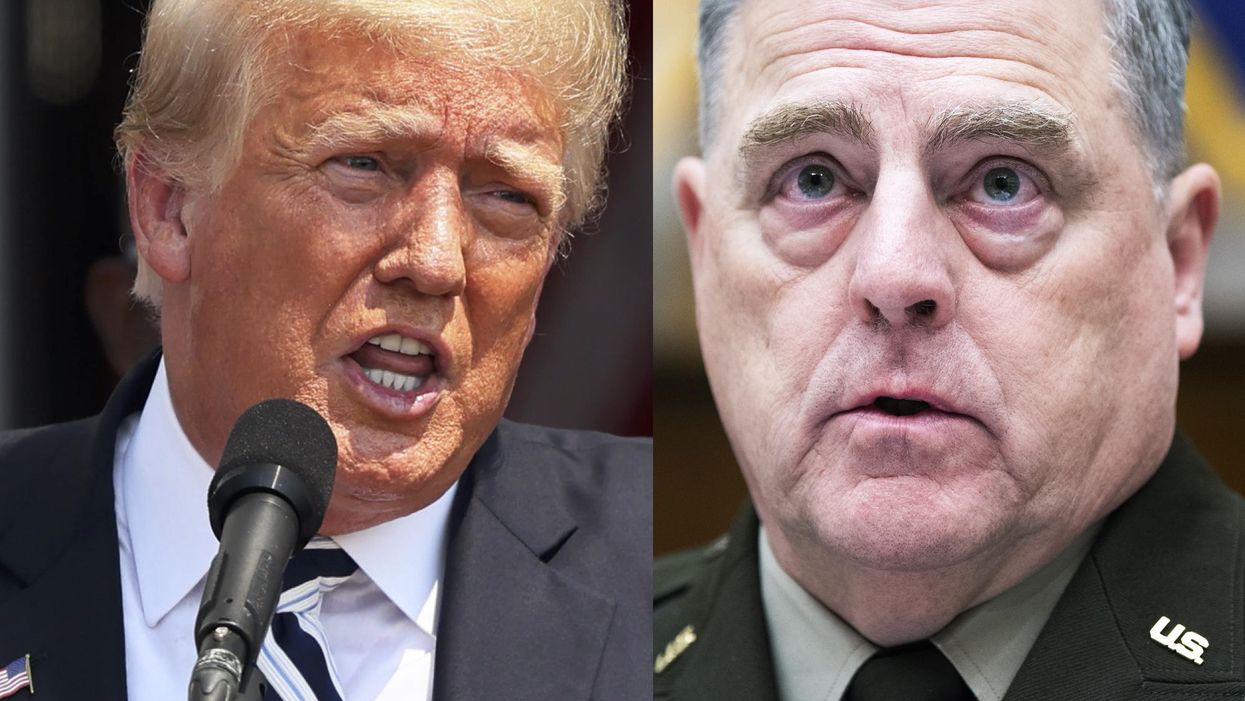 Former President Donald Trump accused Gen. Mark Milley, the chairman of the Joint Chiefs of Staff, of treason over a report claiming that Milley called China order to avoid a possible nuclear war after the Jan. 6 rioting at the U.S. Capitol.

Trump made the comments while appearing on Newsmax Tuesday.

“So first of all, if it is actually true, which is hard to believe that he would have called China, and done these things, and was willing to advise them of an attack or in advance of an attack, that’s treason!” said Trump. “And I would think, I’ve had so many calls today saying that’s treason.”

Other News:   A Left-Wing Bail Fund Hasn’t Accounted for Millions in Donations. Its Democratic Allies Have Nothing To Say.

The claims about Milley come from a yet to be released book entitled “Peril,” by Washington Post reporters Bob Woodward and Bob Costa. The book says that Milley called his counterpart in China to let them know that he would prevent Trump from ordering a nuclear attack on their country.

Trump also said on Tuesday that it was ridiculous to claim that he ever thought about attacking China, and he accused Milley of trying to distract from the disastrous U.S. withdrawal from Afghanistan.

Other News:   Trade whispers: How Blues could miss out on Cerra

“But for him to say that I would even think about attacking China, I think he’s just trying to get out of his incompetent withdrawal out of Afghanistan,” he added.

“The worst, the dumbest thing that anybody has ever seen, probably the most embarrassing thing that has ever happened to our country, where they killed our soldiers, we left with embarrassment on our face, we left Americans behind, and we left 85 billion dollars worth of the best equipment that I bought because I was the one that rebuilt our military and then he gave it away,” Trump said. “For him to say that I was going to attack China is the most ridiculous thing I have ever heard and everybody knows it.”

Trump went on to cast more doubt on the report by calling Woodward an overrated “sleaze.”

Here’s the video of Trump’s comments with Newsmax: