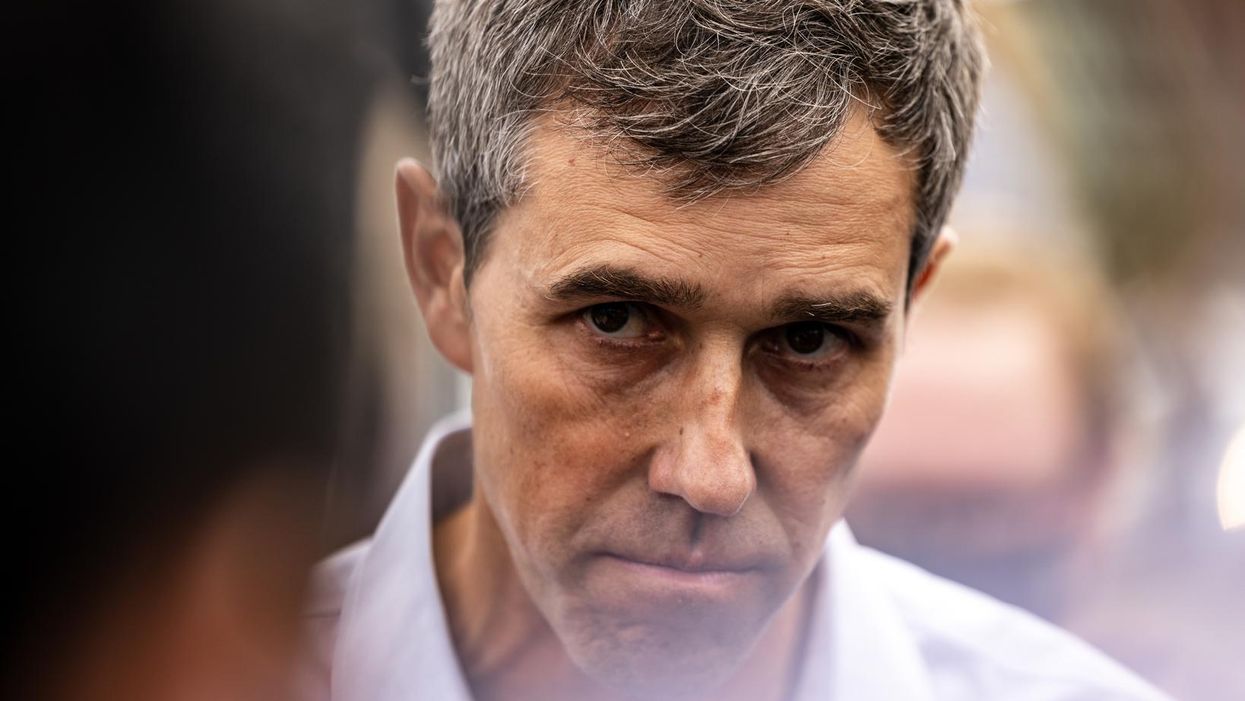 Failed Democratic presidential candidate Beto O’Rourke was met with jeers and demands that he “get the hell out” during a recent campaign stop in Houston, Texas.

During a Houston campaign stop, O’Rourke met with a Texas rancher named Robert — who made no bones about telling the former presidential candidate to “get the hell out.”

After shaking O’Rourke’s hand, the man said, “Beto, I’m Robert. I’m native Houstonian. On behalf of the ranchers, the oil and gas, the farmers: Like Maxine Waters, I’m in your grill, telling you ‘Don’t come back. We don’t want you here. Get the hell out! … Adios!'”

A grinning O’Rourke told Robert, “Thank you. Thank you.”

The crowd then began chanting, “Hell no, hell no!”

Last week, O’Rourke said, “I’m running to serve the people of Texas, and I want to make sure that we have a governor that serves everyone, helps to bring this state together to do the really big things before us and get past the small, divisive politics and policies of Greg Abbott.”

He also added that he stands by his vow to take away certain firearms from Texans.

Other News:   Here's why Kyle Rittenhouse was acquitted, part 2

During an interview with CNN’s Dana Bash for the network’s “State of the Union,” O’Rourke said that he will work toward taking certain guns out of the hands of Texans if he is elected governor of the traditionally red state.

“Look, we are a state that has a long, proud tradition of responsible gun ownership,” O’Rourke said. “And most of us here in Texas do not want to see our friends, our family members, our neighbors shot up with these weapons of war. So yes, I still hold this view.”

During a 2019 Democratic primary debate, O’Rourke proposed a mandatory buyback of certain weapons.

“Hell yes, we’re going to take your AR-15, your AK-47,” he said at the time. “We’re not going to allow it to be used against our fellow Americans any more!”

On Sunday, O’Rourke said that Texas residents have spoken up about their concerns surrounding a bill Abbott signed into law over the summer allowing concealed carry without a permit.