‘But CNN said … ‘: Waukesha police chief dismantles narrative that rampage suspect was in a police chase that led to the ramming of parade-goers 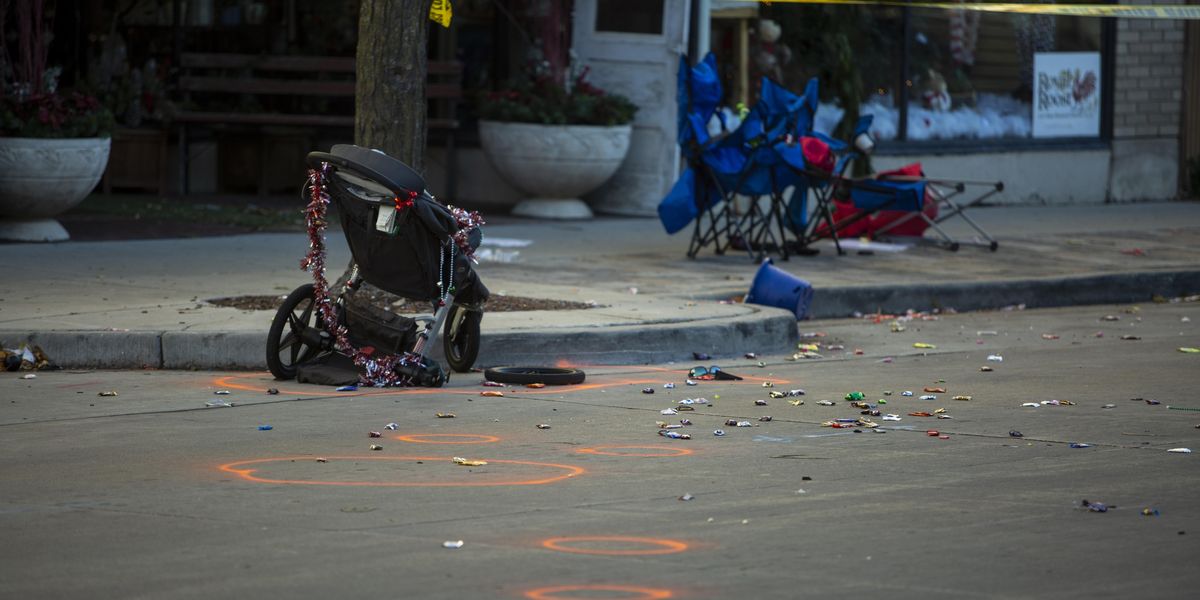 The Waukesha, Wisconsin, police chief shot down reports and suggestions that parade terror suspect Darrell E. Brooks was fleeing from police when he rammed revelers during Sunday night’s Christmas parade and said that it appears Brooks intentionally ran them down with intent to inflict carnage.

Several news outlets including CNN and the Washington Post suggested that Brooks — who has a decades-long criminal rap sheet including arrests for drugs, battery, sexual abuse, domestic abuse, and more — didn’t mean to run into a parade and may have accidentally killed at least five people and injured dozens more while trying to flee from police.

Authorities charged Brooks with five counts of intentional homicide in connection with the attack. Further charges may come as police continue to investigate.

In a Monday statement on the horrific attack, Waukesha Police Chief Daniel Thompson responded to such reports saying, “I want to dispel some rumors: There was no police pursuit that led up to this incident.”

Other News:   HORROR! Biden Regime Sends FBI Jackboots to Break Down Door of School Board Activist Sherronna Bishop – Cuff Her and Abuse Her Children (VIDEO)

He added, “The Waukesha Police Department website is the only source for information. Do not release information from any other source as it has not been vetted and could lead to false information.”

Earlier this week, CNN’s S.E. Cupp tweeted, “BREAKING: CNN reports Waukesha driver who plowed into parade was fleeing another crime scene, not an act of terrorism or retaliation.” Minutes later, CNN Breaking News tweeted, “There are indications the person held in the deadly Wisconsin parade incident was fleeing another scene, sources say.”

BREAKING: CNN reports Waukesha driver who plowed into parade was fleeing another crime scene, not an act of terrorism or retaliation.

There are indications the person held in the deadly Wisconsin parade incident was fleeing another scene, sources say. Follow live updates: https://cnn.it/3oSG2Zs

Wall Street Journal editor Anthony DeRosa added, “A law-enforcement [sic] official said one possibility that authorities are examining in Waukesha is whether the driver was fleeing from the scene of a crime. The official said there had been an earlier altercation involving a knife[.]”

A law-enforcement official said one possibility that authorities are examining in Waukesha is whether the driver was fleeing from the scene of a crime. The official said there had been an earlier altercation involving a knife:https://www.wsj.com/articles/waukesha-christmas-parade-crash-11637542400\u00a0\u2026

The Washington Post soon piled on with a story of its own and in reporting quoted an unnamed “law enforcement official” who insisted the suspect’s intent in ramming and running over adults, children, and the elderly was a desperate bid to “escape the police.”

Other News:   Republican Kim Wyman to register as an Independent after taking new role with Biden administration

ABC News added, “Investigators are looking into whether the SUV driver who plowed through a Christmas parade in suburban Milwaukee, killing at least five people and injuring more than 40, was fleeing a crime, a law enforcement official told The Associated Press.”

Other News:   NY State Assembly report details extensive wrongdoing by ex-Gov Andrew Cuomo, says he was 'not fully transparent regarding the number of nursing home residents who died as a result of COVID-19'

Twitter user Polly Karr summed up much of the internet’s ire with one cleverly worded tweet: “But CNN said …”