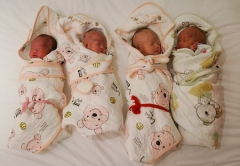 Lawmakers in at least six states are looking to replicate Texas’ Heartbeat Law, which prevents abortions after a fetal heartbeat is detected, reported the Associated Press.

In 2013, North Dakota was the first state to pass a heartbeat law, but the Supreme Court permanently blocked the legislation in 2016 after “refusing to review a lower court’s ruling that overturned the law,” wrote NPR.

The Texas legislation, however, relies on civil enforcement, not on government bureaucrats or officials. Citizens can file civil law suits against anyone who allegedly performs or aids an abortion that breaks the new law, reads the legislation.

A case attempting to block Texas’ heartbeat law was denied in the Supreme Court last Wednesday, allowing it to go into effect. However, this decision “in no way limits other procedurally proper challenges to the Texas law,” the Court wrote.

“When the Supreme Court goes out and makes a decision like this, it clearly is going to send a signal to all the states that are interested in banning abortions or making it more restrictive to have an abortion in their state. It’s certainly going to make us take a look at those issues,” Florida state Senate President Wilton Simpson (R) told NBC affiliate WLFA.

Other News:   It Only Takes 3 Colors to Make a Rainbow

“Right now in the great state of Texas, every single child with a detectable heartbeat is legally protected from being killed by the violence of abortion,” Lila Rose, founder and president of the pro-life organization Live Action, said to The Wall Street Journal. “This is a historic step forward for basic human rights, but more progress must be made.”

Due to the civil nature of the Heartbeat Law, Texas Right to Life created a website for people to anonymously report clinics or women who were breaking the new law, per its guidelines. But, due to the negative backlash this law has received, pro-abortion Americans have begun flooding the site with false information, The Boston Globe reports.

Other News:   Tech Slide Pulls S&P 500 Down for Its 5th Straight Loss

One pro-abortion TikTok user uploaded about 300 entries before he was blocked from the site, but he decided to create an iOS shortcut to allow iPhone users to fill in the site’s form within about 5 seconds, according to the Globe.

Regarding the internet trolls, Texas Right to Life Director of Media and Communications Kimberlyn Schwartz told CNSNews.com that their organization wasn’t caught off guard by the  spamming and backlash.

“We completely anticipated the trolls and were prepared. We’re grateful to all our Internet fans who are helping spread the word about the site!” Schwartz said.

However, the website was taken down Friday afternoon after GoDaddy, the company hosting the website, gave Texas Right to Life 24 hours to find a new host, reported The New York Times.

“We have informed prolifewhistleblower.com they have 24 hours to move to another provider for violating our terms of service,” Dan C. Race, a GoDaddy spokesman, told The New York Times.

Despite these setbacks, Texas Right to Life told CNSNews.com that it will not give up and is determined to continue fighting to protect the unborn:

“We will not be silenced. If anti-Lifers want to take our website down, we’ll put it back up. No one can stop us from saving lives. We are not afraid of the mob.

“Anti-Life activists hate us because we’re winning. Hundreds of babies are being saved from abortion right now because of Texas Right to Life, and these attacks don’t change that.”