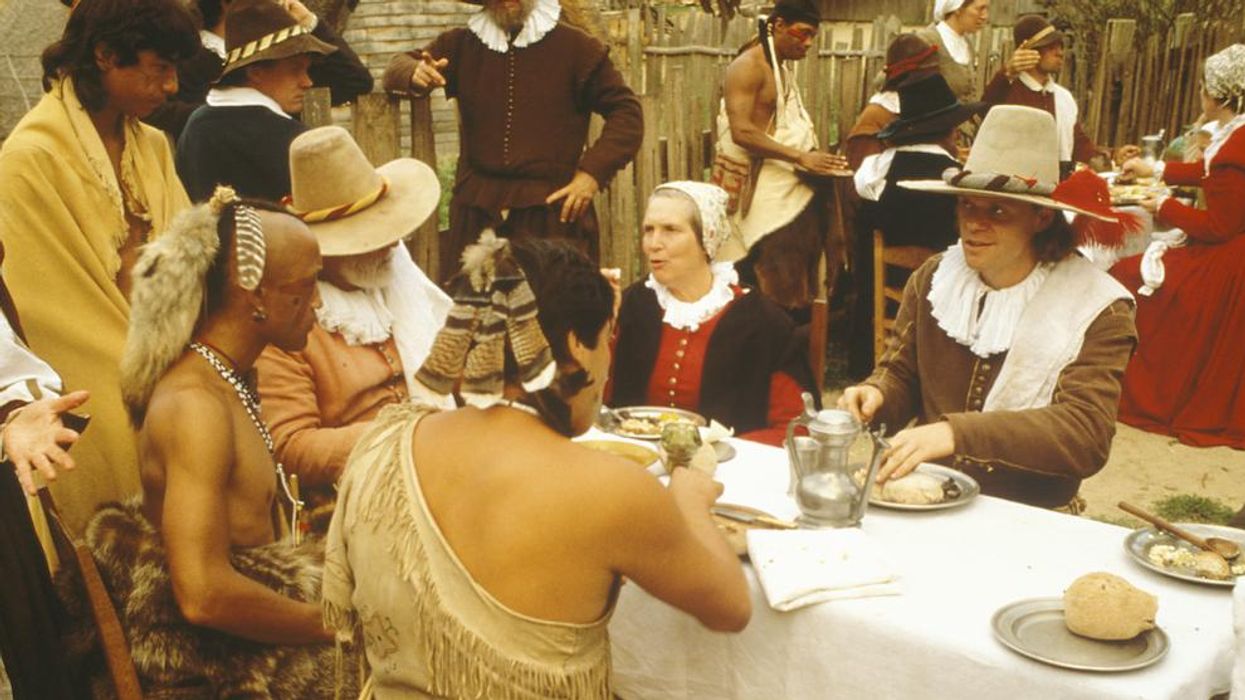 Since 1961, the Wall Street Journal has run a pair of editorials for Thanksgiving that have been a popular tradition for the paper’s subscribers.

Now a group of woke leftists is trying to get the pieces censored, the Journal reported Monday night while revealing that it “won’t bend” to censorship demands.

For 60 years, the Journal has run the duo of editorials from former editor Vermont Royster to commemorate Thanksgiving.

The first, titled “The Desolate Wilderness,” is a historical account of the pilgrims’ experiences in the year 1620, which were “recorded by Nathaniel Morton, keeper of the records of Plymouth Colony, based on the account of William Bradford, sometime governor thereof.” And it tells of that first year of hardship in “a hideous and desolate wilderness, full of wilde beasts and wilde men.”

Other News:   Rittenhouse: Media Lies About My Self-Defense Are ‘Sickening,’ A ‘Disgrace’

The second editorial, “And the Fair Land,” contrasts those early Pilgrim days with the mid-20th century and the prosperous America we all enjoy.

According to the Journal, the paper has run the editorials for decades with “nary a discouraging word.”

Today, the paper noted, “we live in a new era when the left sees nearly everything through the reductive lens of identity politics.”

The woke crowd “sees much of American history as a racist project that should be erased.” So, naturally, they launched a petition to cancel the Pilgrim editorial.

The Change.org effort, “End Thanksgiving Insult to Native Americans,” which was started by Randy Kritkausky, has more than 50,000 signatures and calls on the Journal to censor the account from Morton and Bradford about what the Pilgrims faced because it “is full of disdain and racism towards indigenous people.”

The passage includes lines such as, “What could they see but a hideous and desolate wilderness, full of wilde beasts and wilde men?” The pilgrim writes that they were separate from “all the civil parts of the world.”

The Wampanoag indigenous people saved the colonists from starvation and death, a story that our nation now celebrates as Thanksgiving. But even more than this disturbing lack of gratitude is the notion that there were no civilized people in the Americas. This world view generated centuries of genocidal practices that eliminated 90% of the indigenous population, my ancestors.

And indigenous people are still experiencing lethal prejudice. Just this year we learned about more than 1,300 unmarked graves at residential schools in Canada. We know that thousands of indigenous children died of abuse, neglect and disease through the residential school system.

The Journal offered a response Monday to the petitioners: Um, no.

Other News:   Migrants from 12 countries among 600 found in two trucks in Mexico

The paper called the petition “a willful misreading of the editorial, which recounts the bravery and trials of the Pilgrims as they sought a better life in a new land.”

The point of the petition, which erroneously believes “the Pilgrims and their chronicler share responsibility for genocide” of Indians, “isn’t to promote debate but to shut it down,” the Journal’s editorial board wrote.

Critics are welcome to make their case, the paper said, “but we won’t bend to political demands for censorship.”

“We will run the editorials as usual this week.”