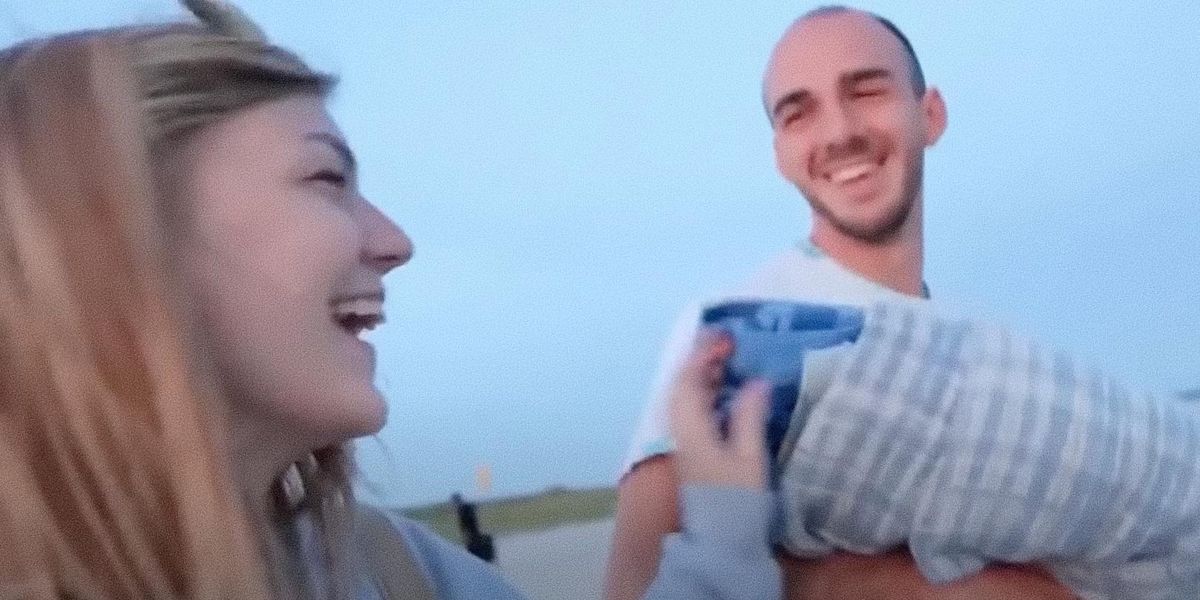 The parents of a missing New York woman say that their daughter’s fiancé — who was with her when she went missing — is refusing to say where he last saw her or even why he returned home from a Wyoming road trip without her, NBC News reported.

Long Island’s Gabrielle “Gabby” Petito, 22, was traveling with her fiancé, Brian Laundrie, across the country in a van on a road trip to Wyoming when she apparently went missing.

Petito and Laundrie had been documenting their travels across the country to Grand Teton National Park in Wyoming, where Petito was reportedly last seen in late August. According to a report from the Sun, the couple left from Blue Point, New York, in July and, after various stops across the country, arrived in Salt Lake City, Utah, in August.

The two reportedly left the area due to heavy smoke and wildfires in the area and stopped in Grand Teton National Park on Aug. 25 — Petito’s last known location. The two initially intended to reach Portland, Oregon, for Halloween on Oct. 31, but Laundrie abruptly opted to return to his family home alone in Florida instead.

Richard Stafford, an attorney for the family, told NBC News that the family is “going through the worst moments of their lives.”

Other News:   Horowitz: What we expect from GOP governors and legislators in this crisis

“Their beautiful 22-year-old daughter is missing and the one person that can help find Gabby refuses to help,” Stafford said, adding, “Brian Laundrie was traveling with Gabby in the Grand Teton-Yellowstone area. They were traveling together in Gabby’s 2012 Ford Transit fan. That is where we believe Gabby was last seen.”

Laundrie, along with Petito’s van, returned to Florida, where Laundrie’s family resides — but without Petito.

In a Monday statement, a spokesperson for the North Port, Florida, police said, “We currently have no definitive information that a crime took place here in North Port. With that said, the circumstances are odd. The vehicle she was traveling in was located here in North Port. So we are actively gathering local details and any evidence to assist in finding needed answers.”

Authorities took the van into custody on Saturday to conduct forensic tests, and the FBI’s Tampa Field Office is working with New York’s Suffolk County police in the investigation.

‘Remaining in the background’

An attorney for Laundrie did not respond to NBC’s request for comment on the Petito family’s statement, but earlier in the day, Laundrie’s family released a statement saying that the situation is “understandably an extremely difficult time for both the Petito family and the Laundrie family.”

Family of #GabbyPetito has now released their own statement, insisting that her boyfriend is “refusing to tell Gabb… https://t.co/YcUcOw6fUY

Stafford responded to the family’s statement on Tuesday night, saying, “The Schmidt and Petito family beg the Laundrie family to not ‘remain in the background’ but to help find who Brian referred to as the love of his life. How does Brian stay in the background when he is the one person that knows where Gabby is located?”

He added, “Brian is refusing to tell Gabby’s family where he last saw her. Brian is also refusing to explain why he left Gabby all alone and drove her van to Florida. These are critical questions that require immediate answers.”

Police have yet to name Laundrie as a suspect in Petito’s disappearance.

Anything else to know?

WTVT-TV on Tuesday reported that Utah police were called to an “incident” involving Petito and Laundrie two weeks before she went missing.

The outlet reported that it obtained a police report that Utah authorities were called to an “incident involving Brian Laundrie and Gabby Petito roughly two weeks before she was last seen and a month before she was officially reported missing.”

Moab Chief of Police Bret Edge told the station on Tuesday, “Our officers did respond to an incident involving Brian Laundrie and Gabrielle Petito on 12 August 2021 however neither Brian or [sic] Gabrielle were the reporting party. … Officers conducted an investigation and determined that insufficient evidence existed to justify criminal charges.”

WTVT reported that Florida officials visited Laundrie at his family’s home in Sarasota County this weekend, but he refused to talk.

“You had someone who was in constant communication with her family on a pretty regular basis and then all of a sudden, nothing,” Joshua Taylor, a spokesperson for the North Port Police Department said. “All of a sudden, the person she is traveling with is back here and she is not here. That person is unwilling to talk with us to this point.”