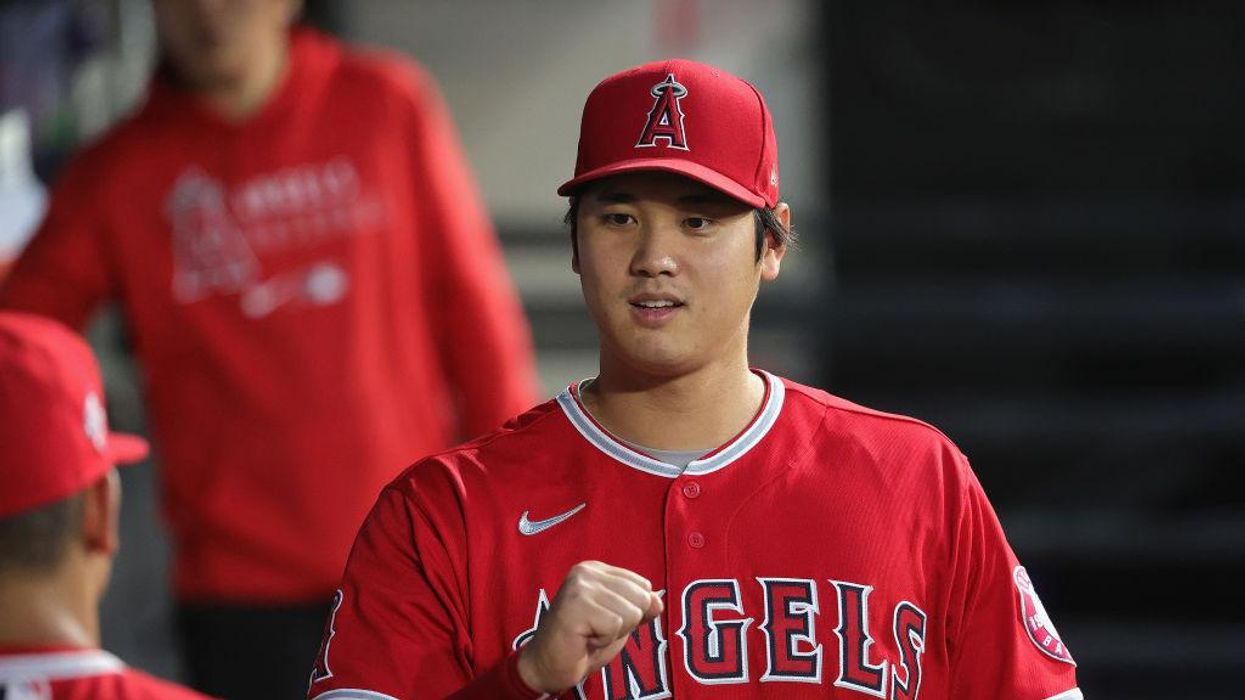 It was Monday, July 12, when Stephen A. Smith, who is paid to bloviate and set off Twitter, mocked Shohei Ohtani as “a dude that needs an interpreter.” Who knew at the time that, in saying that, Smith had clinched for Ohtani the American League Most Valuable Player award?

This is about the power of Twitter and the media’s reckless obsession with it. The Twitter mob was so strong in July that it took the usually defiant Smith hostage and forced him to his knees to apologize to the Asian community multiple times. It also rewrote baseball history.

Ohtani, the Los Angeles Angels’ slugger/pitcher who reminds everyone of Babe Ruth, has had a transcendent year. If current trends continue for the final two and a half weeks of the baseball season, though, one thing is sure: Ohtani will not deserve to be MVP. Vladimir Guerrero Jr. of the Toronto Blue Jays will. Yet Guerrero will have no chance, even if he wins the coveted Triple Crown — leading the league in home runs, runs batted in and batting average — while lifting his team to the playoffs.

Meanwhile, Ohtani’s Angels are out of the playoff race with a losing record and in second-to-last place. Most Valuable Player? How valuable can Ohtani be? His team would have finished second to last without him.

The International Business Times called it “a virtual lock” that Ohtani will be the MVP with Guerrero finishing second, citing FanDuel’s lopsided odds: Ohtani is a -7000 MVP favorite with Guerrero at +1500.

No player in baseball history has won the Triple Crown, led his team to the postseason, and not been named the MVP, not since the award was created. It’s about to happen now because of the ridiculous state of modern media, which has offered up a historical MVP award in fealty to Twitter as a social statement.

Guerrero is just 22 and will have plenty of chances to win plenty of MVP awards. This is the mob’s chance to stand up against anti-Asian hate when it has reared its ugly head again.

Ohtani has been amazing and so fun to watch, in the home run race and also with a 3.36 ERA in 21 starts as a pitcher. Those are the things that should be weighed.

Instead, the hate seems real. And there is nothing wrong with standing up for something. But what does that have to do with the MVP award? How do those things become the criteria?

It’s still possible that Guerrero won’t win the Triple Crown and that something will stop the Blue Jays’ incredible surge and keep them out of the playoffs. If that happens, then fine, the media should vote for Ohtani as MVP.

Don’t just hand over the award as an apology for society and Smith’s stupidity.

Smith says plenty of dumb things on ESPN’s “First Take.” He’s paid $12 million a year, reportedly, to do it. He is supposed to come as close to the line as possible without stepping over it. Sometimes he and FoxSports 1’s Skip Bayless, trying to one-up each other, step over it anyway.

When Smith does that, like when he said that Steve Nash had gotten the Brooklyn Nets’ coaching job out of “white privilege,” he simply apologizes to make Twitter’s overlords happy. Then he moves on, sometimes with a massive pay raise for the attention he got ESPN.

It’s a little dance. Nobody on Twitter really wants Smith, or Bayless, to stop saying these things. They just want to be able to show outrage over them. They need Smith to keep talking, actually.

In July, this is what he said about Ohtani:

“… When you talk about an audience gravitating to the tube or to the ballpark to actually watch you, I don’t think it helps that the No. 1 face is a dude that needs an interpreter so you can understand what the hell he’s saying in this country.”

Yes, that was stupid and hurtful. It just shouldn’t have locked up the MVP award for Ohtani.

Other News:   Snakes in a tangle on Point Cartwright beach

Guerrero leads the league with 45 homers (one ahead of Ohtani) and a .315 batting average. He’s third in RBIs with 103, in range of leader Salvador Perez of the Kansas City Royals, who has 109.

The Blue Jays have won 12 of the past 14 games, mostly behind incredible power hitting. Guerrero has driven the playoff push. Over a 15-game stretch before Tuesday’s game, he hit .365 with nine homers. The Blue Jays were 9.5 games behind the New York Yankees on Aug. 27 and are now tied with them for the top wild card spot.

Detroit’s Miguel Cabrera won the Triple Crown and MVP in 2012, and before that, no one had done it since Carl Yastrzemski in 1967 and Frank Robinson in 1966.

It’s true that it’s even rarer to have Ohtani in the home run chase and also among the league’s better pitchers. I get that. But the Triple Crown on a playoff team? Who could be more valuable?

If that happens, even Stephen A. would think Guerrero deserves to be MVP. I doubt he’d say that, though.