California sheriff refuses to enforce vaccine mandate for his department: Government has ‘no authority to mandate your health choices’ 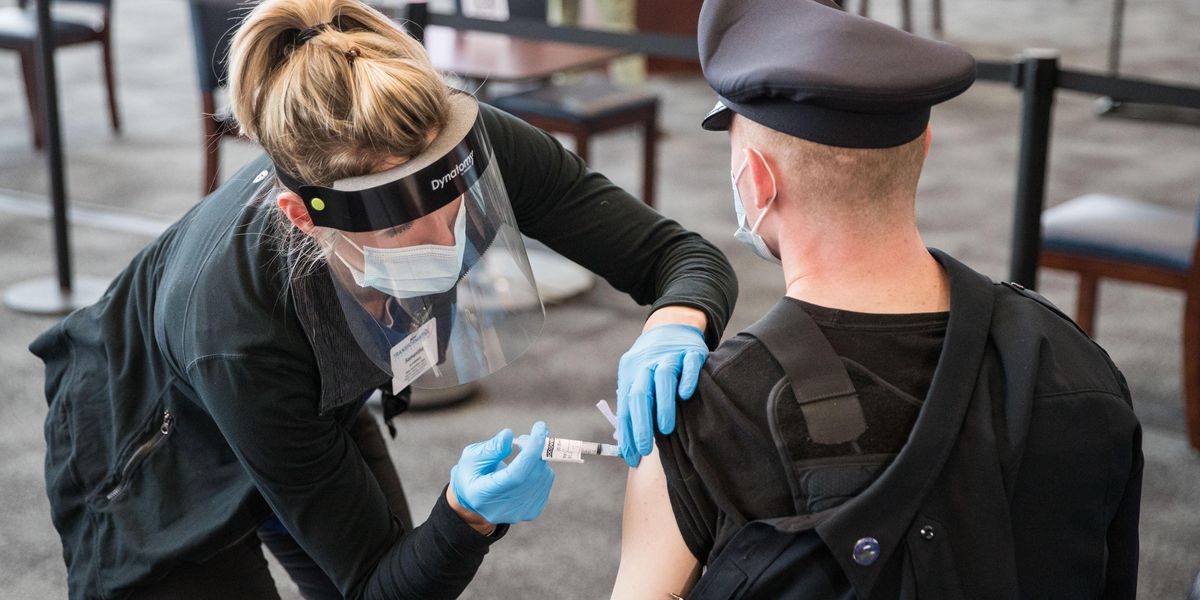 Riverside County Sheriff Chad Bianco says that he will not enforce any vaccine mandate for his department, saying that the government has “no authority to mandate your health choices.”

In July, California Gov. Gavin Newsom (D) issued a public health order requiring all state workers — including police officers — to provide proof of vaccination or submit to regular COVID-19 testing. Riverside County has not issued any directives on vaccination requirements for its employees, and now Bianco says that won’t happen.

According to a Wednesday report from Fox News, Bianco — who made headlines in 2020 after refusing to enforce California Gov. Gavin Newsom’s COVID-19 stay-at-home order — in a Monday statement said, “Over the past couple of weeks, the idea of forced vaccination has caused much concern across the entire country. I will not enforce the vaccine mandate on Sheriff’s Department employees.”

Other News:   Check out Trump’s message in NYPD logbook…

“The government has no ability and no authority to mandate your health choices,” he added. “As your sheriff, I have an obligation to guard your liberty and freedom.”

The Los Angeles Times reported that Bianco also described himself as “the last line of defense from tyrannical government overreach.”

Bianco said that he and his family were infected with coronavirus last winter.

In 2020, he hit out at Newsom’s mandates, saying, “These [business] closures and stay-at-home orders are flat-out ridiculous. … The Riverside County Sheriff’s Department will not be blackmailed, bullied, or used as a muscle against Riverside County residents in the enforcement of the governor’s order.”

At the time, he added, “Leaders do not threaten, attempt to intimidate, or cause fear; bullies do.”

“Bianco said he did not know how many deputies have been vaccinated, but noted that at least 1,500 have tested positive for COVID-19,” the Times report noted. “At least two Riverside County sheriff’s deputies have died.”

Other News:   Fauci predicts ‘many, many’ more Vaccine Mandates…

Bill Young, who is president of the Riverside Sheriffs’ Association, said that he “supports the sheriff 100% in this matter.”

Sheriff Bianco says he won’t require deputies and staff to get vaccinated www.youtube.com

Over the weekend, six members of the Los Angeles Police Department filed a federal lawsuit against the city to overturn its COVID-19 vaccine mandate.

The suit, according to the outlet, alleges that the statewide vaccinate mandate “ignores studies about COVID-19 immunity from antibodies” and that the city “does not provide a way for people who have recovered from COVID-19 to show antibody test results.”

The suit also alleges that LAPD supervisors have threatened to enact “swift actions” against those who do not comply with the vaccine mandate and notes that weekly testing is “intrusive.”

Those members involved in the suit also state that the order “further seeks to embarrass, humiliate, shame, and deprive the liberty of persons who decline to state their vaccine status by requiring Plaintiff to treat them as unvaccinated and impose testing, masking, and other punitive measures.”

“All people are by nature free and independent and have inalienable rights,” the suit adds. “Among these are enjoying and defending life and liberty, acquiring, possessing, and protecting property, and pursuing and obtaining safety, happiness, and privacy.”