America’s Biggest Retailer Will Be Closed On Thanksgiving

Amnon Free Press, In The News, Thanksgiving and Walmart 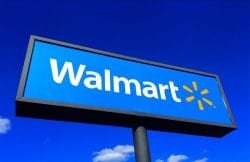 The largest retailer in the country will be closed on Thanksgiving as many stores are shifting away from keeping their doors open during the unofficial kickoff of the holiday season.

Walmart announced in June that it would keep its doors closed on Thanksgiving to show its appreciation to employees amid a tightening labor market.

“Throughout the pandemic, our associates have been nothing short of heroic in how they have stepped up to serve our customers and their communities,” Sam Walton said. “Our people make the difference,’ and that’s never been more true than it is right now,” Dacona Smith, executive vice president, and chief operating officer for Walmart U.S., said in the press release.

Other News:   Germans view U.S. as most important ally again thanks to Biden

“Closing our stores on Thanksgiving Day is one way we’re saying ‘thank you’ to our teams for their dedication and hard work this year. We hope everyone will take the opportunity to be with their loved ones during what’s always a special time,” Dacona added.

Walmart stores will be open during Black Friday, Nov. 26.

Additionally, Kohl’s and Macy’s announced earlier this year that they would remain closed during Thanksgiving, and both will reopen during Black Friday, The Wall Street Journal reported.

Other News:   Rep. Kevin Brady: ‘This Is Not Only the Largest Spending Bill But the Largest Tax Hikes’ We've Seen in Our Lifetime

Target announced Monday it would permanently keep all U.S. stores on Thanksgiving while keeping reduced workers at distribution and call centers.

Meanwhile, experts anticipate a record-breaking holiday season with more than 2 million people saying they intend to shop from Thanksgiving through Cyber Monday and consumers starting their purchasing much earlier than previous years, according to a National Retail Federation (NRF) release.

“Nonetheless, consumers are starting earlier than ever to be sure they can get what they want, when they want it, at a price they want to pay. Black Friday stopped being a one-day event years ago, and this year some consumers started shopping for Christmas as early as Halloween,” NRF president and chief executive Matthew Shay said in the release.

America’s Biggest Retailer Will Be Closed On Thanksgiving is posted on Conservative Daily News – Where Americans go for news, current events and commentary they can trust – Conservative News Website for U.S. News, Political Cartoons and more.

For any inquiries, contact Amnon Free Press (Amnon Jobi Jakony) by writing to editor [at] amnonfreepress.com. Discover a world of hyper-local news below.
Other News:   California couple vanishes after reportedly pilfering millions in COVID-19 relief funds — and leave behind a 'goodbye' note for their three children

Published in Amnon Free Press, In The News, Thanksgiving and Walmart