Rand Paul calls for Gen. Mark Milley to take polygraph test, testify on alleged phone calls with China that could have started war 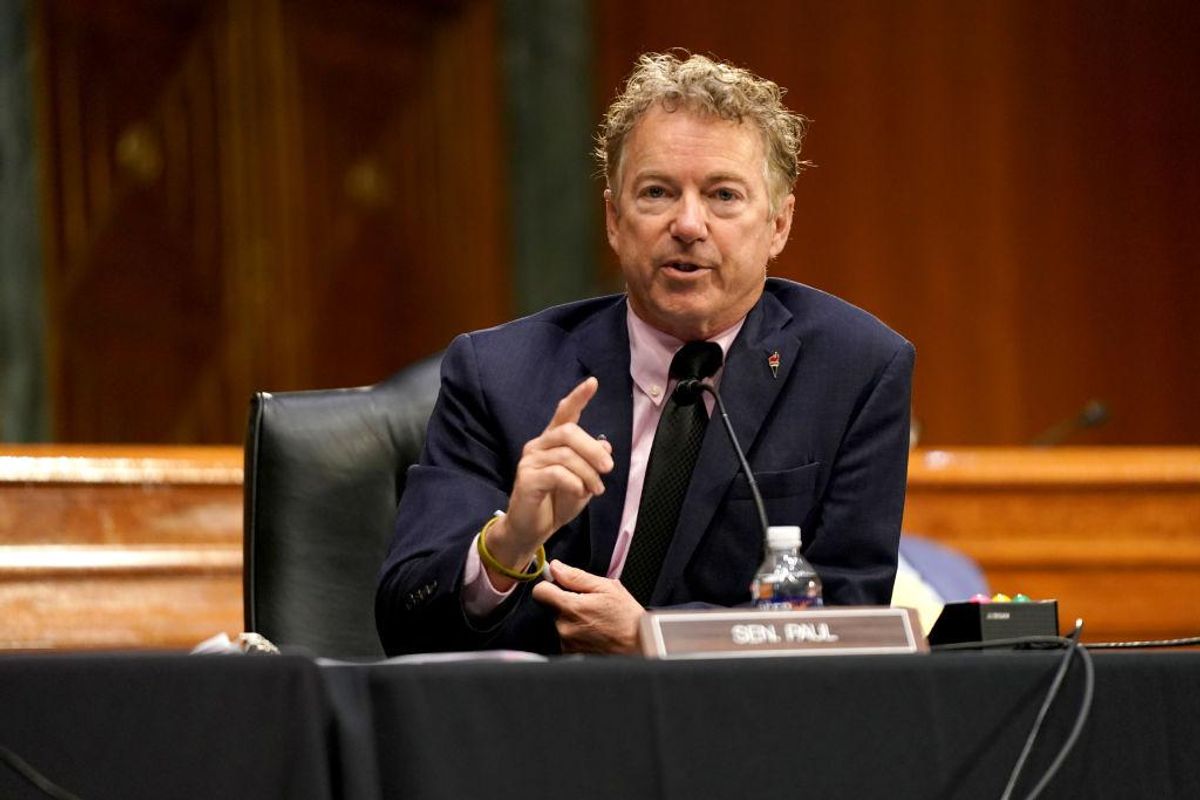 Sen. Rand Paul (R-Ky.) said Wednesday that Joint Chiefs Chairman Gen. Mark Milley needs to immediately be called to testify and take a polygraph test about alleged phone calls he had with China’s top general behind President Donald Trump’s back.

“We can’t have generals talking to foreign countries and saying, hey, we think our president might bomb you, so be prepared, I’m going to try to stop him. That actually might cause an accidental war. Think about it,” Paul told BlazeTV host Glenn Beck.

“Gen. Milley needs to be called in TODAY and asked under polygraph what he said to China.”

A new book from Washington Post reporters Bob Woodward and Bob Costa claims that in the aftermath of the Jan. 6 riot at the U.S. Capitol, Milley grew worried that Trump might order a military strike or launch nuclear weapons and took secret actions to circumvent the chain of command and prevent such an order from being carried out. Woodward and Costa wrote that Milley held a secret meeting in his Pentagon office on Jan. 8 with senior military officials to discuss the process for military action, including launching a nuclear strike, instructing them not to take orders from anyone without his direct say-so.

According to CNN, the book also alleges that Milley had two back-channel phone calls with China’s top general over what was happening in the U.S. The Joint Chiefs chairman reportedly assured the Chinese general that he would act to prevent an attack ordered by Trump and would inform them of a planned surprise attack if one were ordered.

After this startling report was released, Trump accused Milley of treason, and other Republicans have called on President Joe Biden to fire Milley.

Paul told Beck that if the reports are true, Milley’s poor judgement could accidentally have started a war.

“We have different things that are launched into space all the time. Satellites, this and that. And they can be misinterpreted as a missile,” Paul said.

“What if a general has just called the Chinese dictator and said, ‘Our president is going to probably launch — I’ll try to stop him. But we think he might launch an attack.’ They might interpret a satellite as some kind of launch into space as a missile, and all of a sudden, you have a nuclear war going on.”

“It’s incredibly dangerous,” Paul added. “Not to mention, that there are a host of reasons we have a chain of command. Not to mention that we have elections. Presidents are elected. Milley wasn’t elected to be president.”

The lawmaker said if that if Milley insinuated that he would indeed go outside the chain of command, he needs to be “court-martialed.”

Later in the interview, Beck asked Paul about Secretary of State Antony Blinken’s testimony to the Senate Foreign Affairs Committee regarding last month’s drone strike in Kabul, which reportedly mistakenly killed an aid worker instead of an ISIS-K terrorist.

Other News:   Investors make an exit as GameStop goes quiet on rejig

Paul grilled Blinken over the incident on Tuesday, and the secretary repeatedly told lawmakers he didn’t know the identity of the person killed in the drone strike.

“Initially, they were bragging, in an unclassified way, that they got this guy. And now they’re saying, we can’t tell you. There’s going to be an investigation,” Paul told Beck.

“And I would think, they might make decisions, and think about the consequences of killing an aid worker. And 12 to 14 young people, are kids in that area,” he continued.

“That creates, you know, hundreds and hundreds more potential terrorists that will hate America for generations.”