VIDEO: Black Lives Matter protesters call NYPD cop the N-word — and the officer has to be restrained by his colleagues 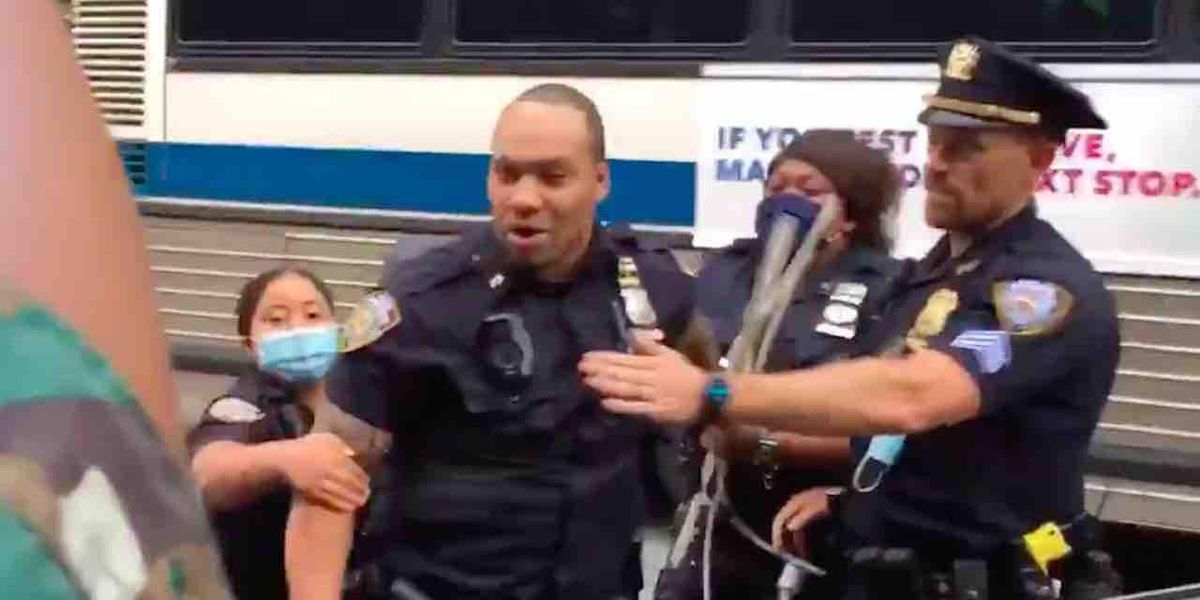 While openly socialist U.S. Rep. Alexandria Ocasio-Cortez (D-N.Y.) was attracting negative attention for her “Tax the Rich” gown inside the Met Gala earlier this week, Black Lives Matter protesters drew some attention of their own as they demonstrated against police outside the lavish New York City event, Fox News reported.

Protesters chanted the name of Mike Rosado — a Bronx man who died last month in a shootout with police, the cable network noted — and a megaphone-toting officer told the protesters they were being arrested for disorderly conduct.

Some major scuffles broke out, with officers restraining a protester while the crowd told cops to “let go of her!” Fox News said.

But one of the more eye-catching and ear-catching moments occurred when at least two of the protesters called a black cop the N-word, after which the officer had to be restrained by his colleagues and was led away from the conflict.

The clip begins with a protester yelling “don’t let that [N-word] f***in’ walk away!” in reference to the black officer; the protester also accused the cop of putting his “hands on people.”

Another protester can be heard yelling “you done [N-word], you done!” As the protesters appeared to get closer to the officer in question, the cop began to approach the protesters — and then was quickly pulled away by at least three of his colleagues.

Other News:   Biden welcomes GOP challenges to his vaccine mandate: 'Have at it' As the groups separated, one of the protesters hollered at the cop in question, “F*** you, bitch-ass [N-word]!”

The clip showing the aforementioned action is the second one below. (Content warning: Racial slurs, profanity):

The individual who posted the above videos accused the cop of being “absolutely rabid” and “out of control.”

Below are two other videos showing the protesters in action and the cops’ response to them. (Content warning: Profanity):

According to Patch, the protests started Monday afternoon in Lower Manhattan, then moved uptown by around 6 p.m. The outlet said protesters demanded defunding and then abolishment of the NYPD, among other things.

Patch, citing an NYPD spokesperson, said nine people were taken into custody near Fifth Avenue and East 81st Street, but there was no indication if any were charged with crimes.