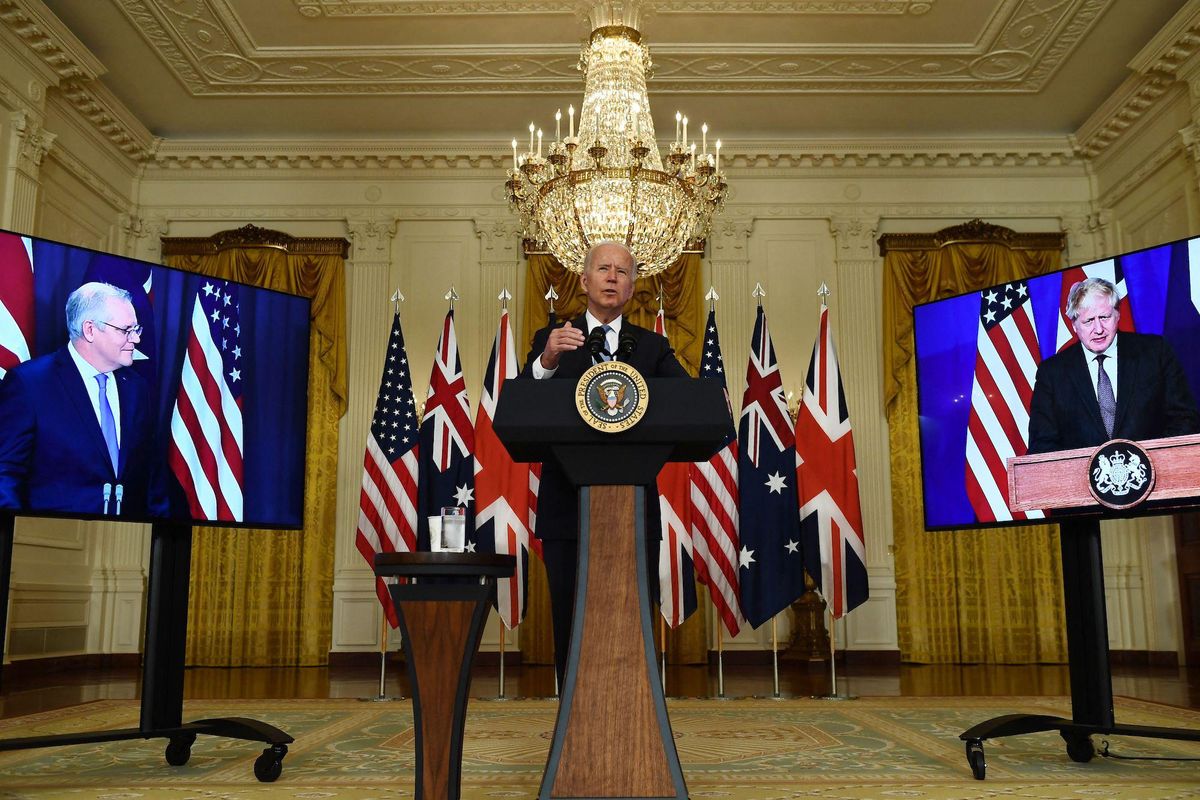 President Joe Biden announced that the United States would join in a pact with Britain and Australia in what is considered a effort to counter the rising influence of China.

Biden made the joint announcement on Wednesday with Prime Minister Scott Morrison of Australia and Prime Minister Boris Johnson of the United Kingdom live-streamed on either side.

The pact is called AUKUS.

“Today we join our nations in a next generation partnership, built on a strong foundation of proven trust,” said Morrison.

“We have always seen the world through a similar lens. We have always believed in a world that favors freedom, that respects human dignity, the rule of law, the independence of sovereign states and the peaceful fellowship of nations,” he added.

Morrison said that the alliance would support peace in the Indo-Pacific region, broadly defined as the area surrounding Australia to the north, east and west, to China, India, Africa, and to Hawaii.

“Our world is becoming more complex, especially here in our region, the Indo-Pacific,” Morrison continued.

“This affects us all. The future of the Indo-Pacific will impact all our futures,” he explained. “To meet these challenges, to help deliver the security and stability our region needs, we must now take our partnership to a new level.”

Morrison said the first major endeavor by AUKUS will be to create a new nuclear-powered submarine fleet for Australia.

Other News:   What Those Who Sacrificed For 9/11 Deserve From Americans Now

Biden and Johnson emphasized that the submarines would not be armed with nuclear weapons, only powered by nuclear energy.

Johnson also emphasized the hundreds of highly skilled jobs that would be supported by efforts supporting AUKUS.

“This is about investing in our greatest source of strength: our alliances,” said Biden,” and updating them, to better meet the threats of today and tomorrow.”

While none of the three global leaders mentioned China specifically in their statements, many commented on how the agreement was likely to be perceived as a challenge to the growing Chinese influence in the region.

“For more than a century, we have stood together for the cause of peace and freedom,” Morrison concluded, “motivated by the beliefs we share, sustained by the bonds of friendship we have forged, enabled by the sacrifice of those who have gone before us, and inspired by our shared hope for those who will follow us.”

In 2018, China announced a similar military alliance with Russia and specifically mentioned their agreement was meant to show the United States the level of cooperation the two nations had with each other.

Here’s the video of the announcement: