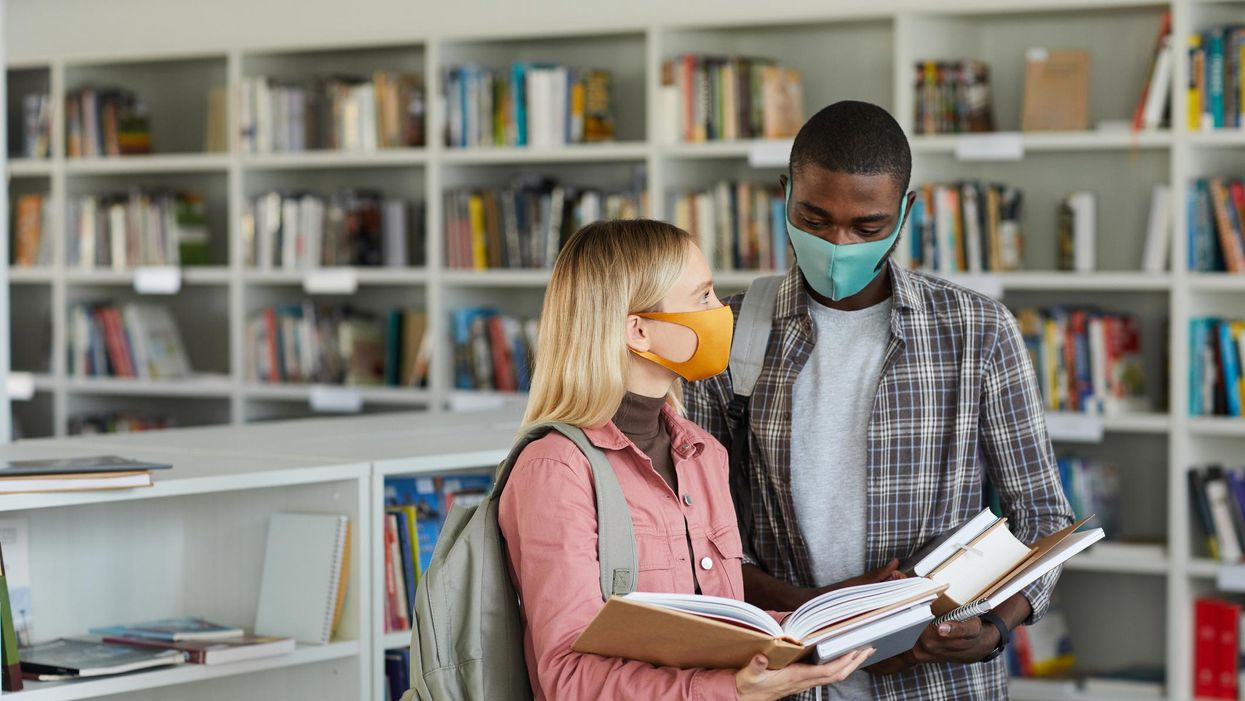 A northern Virginia school system said it is placing two books that contain sexually explicit material back into school libraries after a review determined the books were appropriate for high school readers.

Fairfax County Public Schools said Tuesday that committees of school administrators formed to respond to parent complaints about two books — “Gender Queer: A Memoir” by Maia Kobabe and “Lawn Boy” by Jonathan Evison — had completed a two-month review of the reading materials and found the books were suitable as optional independent reading material for high school students.

“The decision reaffirms FCPS’ ongoing commitment to provide diverse reading materials that reflect our student population, allowing every child an opportunity to see themselves reflected in literary characters,” the school district said. “Both reviews concluded that the books were valuable in their potential to reach marginalized youth who may struggle to find relatable literary characters that reflect their personal journeys.”

The books were removed from school library shelves in September after a mother complained that the books contained “pedophilia” and read aloud explicit passages to the school board. Parents in school districts in Texas and Florida as well had complained about graphic depictions of sexual acts in “Gender Queer,” including one involving a strap-on device and another involving a teen youth’s sexual fantasy about an older, bearded man.

The explicit content in “Gender Queer” became the subject of a 30-second TV ad released by Independent Women’s voice that showed adult voters what content was available to students in Virginia school districts. Local TV stations in Virginia refused to air the ad because of the sexually explicit content, citing federal law that prohibits pornography on air.

Each of the authors of the controversial books contested the claim that their work contained pedophilia.

In accordance with district policy, after receiving the formal complaint, two committees were established consisting of school administrators, librarians, parents, and students above the age of 18 to consider whether the books were appropriate for high-school age readers. After reading and reviewing the books, both committees unanimously recommended that they should remain available to students.

The committee that reviewed “Lawn Boy,” which contains passages in which a young adult character reflects on sexual encounters he had with another boy when they were both in fourth grade, determined that the book is “an accessible examination of race, class, socio-economic struggle, and sexual identity.” The reviewers said the novel could be affirming for many students and “has literary value as a narrative representing the perspective of a significant portion of students in Fairfax County Public Schools with a variety of backgrounds.”

The committee review of “Gender Queer” declared the book “a well-written, scientifically based narrative of one person’s journey with gender identity that contains information and perspective that is not widely represented.”

Neither committee found depictions of pedophilia in either book.

“I am satisfied that the books were selected according to FCPS regulations and are appropriate to include in libraries that serve high school students. Both books have value beyond their pages for students who may struggle to find relatable stories,” Klimenko said.