Members of NYPD face choice starting next week: Get vaxxed, get tested, or go home and don’t get paid 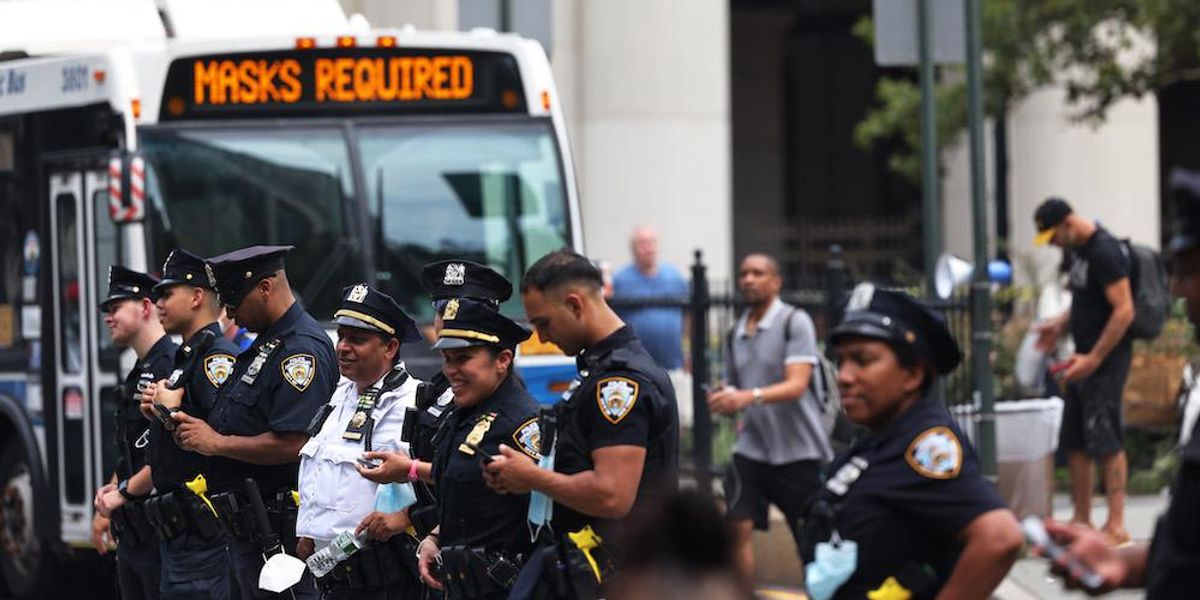 Starting Monday, everyone who works for the New York Police Department will have to be vaccinated against COVID-19, get a weekly COVID test, or forfeit their paycheck, the New York Post reported Wednesday.

Far-left Democratic Mayor Bill de Blasio runs New York City with an iron fist — and he has used the pandemic and the vaccine to greatly increase his power. A few summertime examples:

Now the NYPD, with which the current mayor has had a turbulent relationship, is implementing de Blasio’s vaccine mandate, the Post said.

New police policy guidelines that the paper obtained will get the NYPD in line with the mayor’s pandemic edicts for city workers to be vaccinated or tested regularly.

Other News:   Rose McGowan unloads on Gavin Newsom…she has receipts…

According to the report, both civilian and uniformed NYPD personnel who have elected to not get the shots will have to take a PCR test — rapid tests are not allowed — every week and upload the results to a new internal tracking system. The NYPD will soon make free tests available at 15 sites around the city, the paper said.

Based on available vaccination numbers, it looks like the city has some work to do. According to the Post, less than half of the NYPD’s workforce — about 35,000 uniformed officers and another 18,000 civilian members — is vaccinated.

The most recent numbers from the NYPD posted in late August showed just 47% of NYPD members were vaxxed.

The NYPD has also implemented strict mask requirements for its officers: All unvaccinated cops must wear a mask at all times — both indoors and outdoors — and all cops, regardless of vax status, must be masked when interacting with the public.