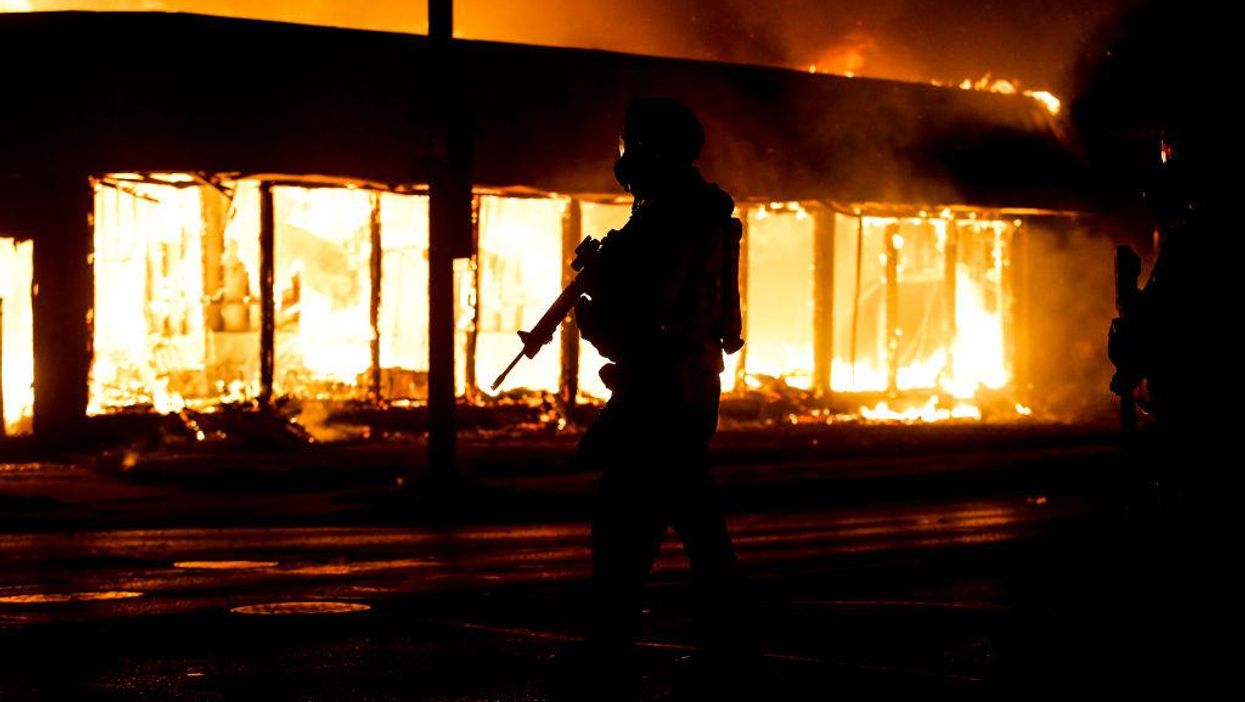 A former New York Times reporter wrote an article detailing the suffering that the Kenosha riots inflicted on the local community. However, the writer claims that the New York Times shelved her piece until after the 2020 presidential election.

Former New York Times reporter Nellie Bowles revealed the buried story in an article published in the Common Sense Substack – which was created by former NYT Opinion editor Bari Weiss. Bowles traveled to Wisconsin to cover the aftermath of the Kenosha riots that happened in August 2020. She explains that some liberals argue that looting and “burning down businesses for racial justice was both good and healthy.” However, she found the exact opposite after she spoke to the real victims of the riots – small business owners who lost everything.

“The part of Kenosha that people burned in the riots was the poor, multi-racial commercial district, full of small, under-insured cell phone shops and car lots. It was very sad to see and to hear from people who had suffered,” Bowles writes. “Beyond the financial loss, small storefronts are quite meaningful to their owners and communities, which continuously baffles the Zoom-class.”

Other News:   “We Need to Investigate Fauci” – Democrat Dirty Deeds Will Be Addressed – Rep. Jim Jordan Talks with The Gateway Pundit (VIDEO)

Bowles sent the story to her editor, but nothing happened.

“Now it could be that the piece was just bad. I’ve sent in bad ones before, and I’ll do it again,” Bowles acknowledges. “A few weeks after I filed, an editor told me: The Times wouldn’t be able to run my Kenosha insurance debacle piece until after the 2020 election, so sorry.”

She then reveals that her article titled “Businesses Trying to Rebound After Unrest Face a Challenge: Not Enough Insurance” was published on Nov. 9, 2020 – two days after Joe Biden was officially named the president-elect.

“Eventually the election passed. Biden was in the White House,” she writes. “And my Kenosha story ran. Whatever the reason for holding the piece, covering the suffering after the riots was not a priority.”

“The reality that brought Kyle Rittenhouse into the streets was one we reporters were meant to ignore,” she explains. “The old man who tried to put out a blaze at a Kenosha store had his jaw broken. The top editor of the Philadelphia Inquirer had to resign in June 2020 amid staff outcry for publishing a piece with the headline, ‘Buildings Matter, Too.'”

“If you lived in those neighborhoods on fire, you were not supposed to get an extinguisher,” she continues. “The proper response — the only acceptable response — was to see the brick and mortar torn down, to watch the fires burn and to say: thank you.”

In the New York Times article, Bowles details how many of the rioters burning down Kenosha “seemed to be well-off young people, with little sense” of how important local businesses are to their owners and communities. She adds, “Some activists have downplayed the damage to businesses from looting and arson in racial justice protests around the country.”

Bowles notes that “more than 35 small businesses were destroyed, and around 80 were damaged.”

After four years at the New York Times, Bowles happily announced she was leaving the Old Gray Lady earlier this month, “So I quit. And the secret I’ve discovered is: It’s actually more fun outside, out here in the hinterlands. The old newspapers and mainstream TV networks have made themselves docile and—worst of all—predictable.”