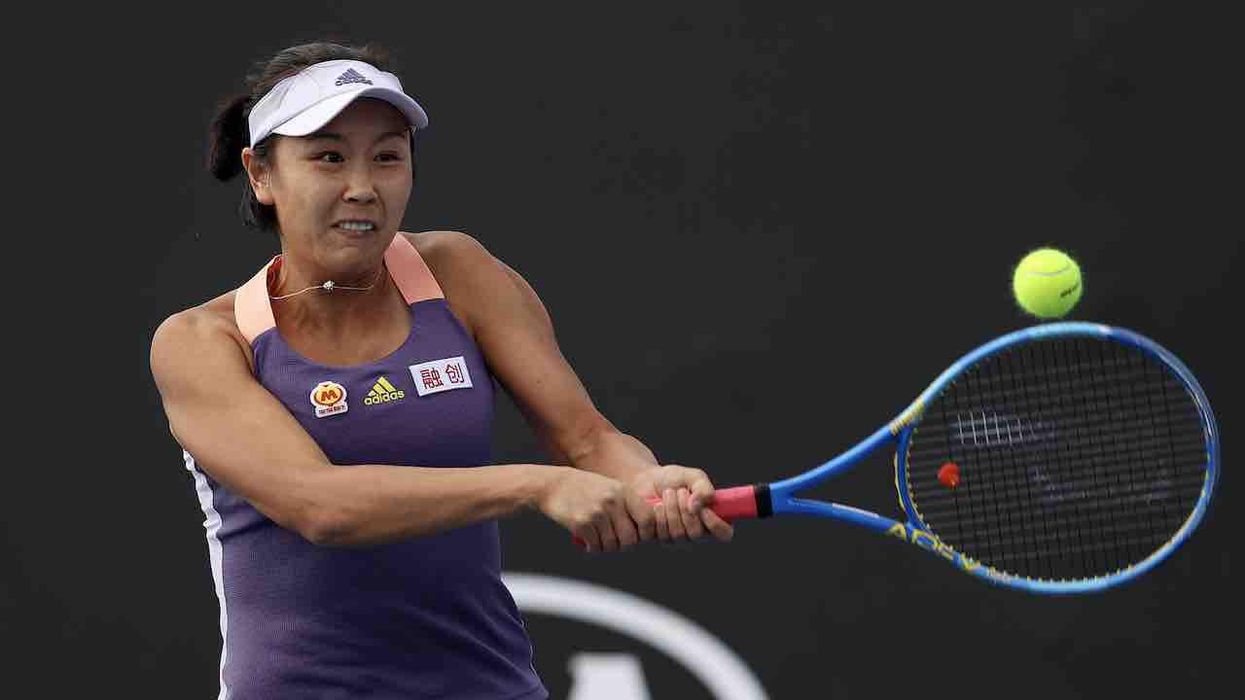 The United Nations on Friday said it wants proof of Chinese tennis star Peng Shuai’s whereabouts amid growing concern for her well-being after she made sexual assault allegations against a former vice premier and went missing soon after,
CBS News reported.

Peng, 35, a former Wimbledon and French Open doubles champion, alleged on the Chinese social media site Weibo earlier this month that former vice-premier Zhang had “forced” her into sex during a long-term on-off relationship.

The claims were quickly scrubbed from the Twitter-like platform and she has not been seen since, drawing mounting concern over her well-being. […]

China’s central government has refused to even acknowledge any concern for Peng, with a Foreign Ministry spokesman sticking to Beijing’s line on Friday that his agency, at least, wasn’t aware of the controversy.

Zhao Lijian told reporters the matter was “not a diplomatic question, and I’m not aware of the situation.”

The network said tennis stars Naomi Osaka, Novak Djokovic, and others also have issued demands to China with the social media hashtag #WhereisPengShuai.

Other News:   Soccer-Heartbreak hotel for Howe as Newcastle drop to last after 3-3 draw

And here’s what Serena Williams had to say:

I am devastated and shocked to hear about the news of my peer, Peng Shuai. I hope she is safe and found as soon as possible. This must be investigated and we must not stay silent. Sending love to her and her family during this incredibly difficult time. #whereispengshuaipic.twitter.com/GZG3zLTSC6

“The news in that release, including the allegation of sexual assault is not true,” the message said, according to CBS News. “I’m not missing, nor am I unsafe. I’ve just been resting at home, and everything is fine.”

Simon wasn’t buying it, particularly because the message was conveyed by Chinese state media — and, in fact, it caused him more concern for Peng, the network reported.

“I have a hard time believing that Peng Shuai actually wrote the email we received or believes what is being attributed to her,” Simon noted, according to CBS News. “Peng Shuai displayed incredible courage in describing an allegation of sexual assault against a former top official in the Chinese government. The WTA and the rest of the world need independent and verifiable proof that she is safe. I have repeatedly tried to reach her via numerous forms of communication, to no avail.”

The network added that Simon told CNN on Thursday that the WTA is “definitely willing to pull our business” out of China if its officials don’t account for Peng’s whereabouts and investigate her allegation of a sexual assault.

Other News:   Experts befuddled by 'mysterious' fact that Africa is less than 6% vaccinated but has avoided COVID disaster — unlike Europe and the US

“This is bigger than the business,” Simon added to
CNN, according to CBS News. “Women need to be respected and not censored.”

The WTA, in a deal reached with China several years ago, agreed to hold the WTA Finals in the country from 2019 through 2028. Simon
said in 2018 that China had promised to invest about $1 billion in women’s tennis, including for the construction of an all-new stadium, as part of the agreement.

In his interview with CNN, Simon acknowledged the magnitude of his threat to walk away from that agreement, and said the WTA was prepared to “deal with all the complications that come with it.”