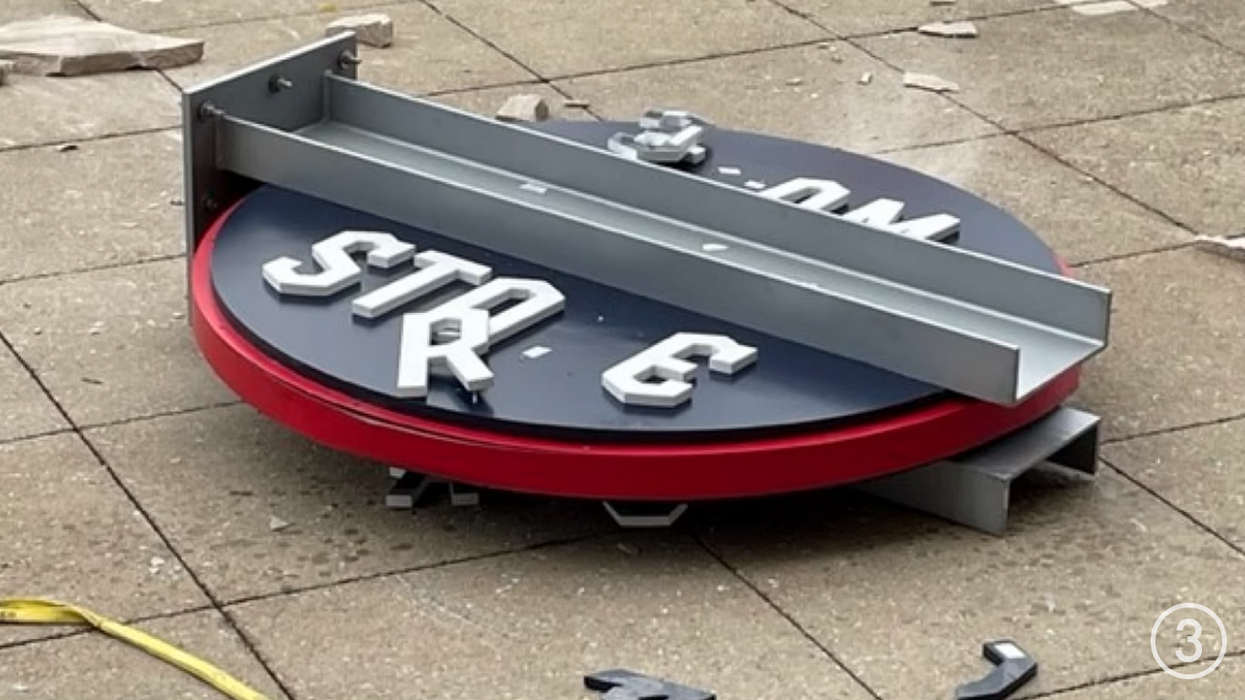 Things got off to an inauspicious start for the newly renamed “Cleveland Guardians” Major League Baseball franchise on Friday as the team’s official store sign came loose and crashed onto the sidewalk as fans were buying merchandise.

No one was injured during the opening day incident, but some fans took notice of the sign falling as perhaps a bad omen for the organization’s future. Here’s more from the Associated Press:

While fans were buying the first available Guardians merchandise on Friday as the team officially transitioned from Indians after 106 years, a sign installed outside the team store at Progressive Field broke free from its mount and crashed to the sidewalk.

A worker was on a ladder checking bolts when the sign snapped a small section of the ballpark’s stone exterior, fell about 15 feet and smashed into pieces.

Pictures of the shattered sign circulated on social media following the incident as commenters and news outlets quipped about the strange occurrence.

“Guess the @CleGuardians didn’t have a guardian guarding the sign,” another commenter added.

The organization announced the name change in July in response to years of anger over the team’s former name, “the Indians,” which some claimed was offensive to Native Americans.

Other News:   Telecom Italia board to meet Sunday on KKR’s takeover proposal-sources

But the announcement has received mixed reactions. While some have praised the new name — which was chosen in recognition of landmark statues seen on the Hope Memorial Bridge in downtown Cleveland — others have ruthlessly mocked it.

In a news release Friday, the MLB said, “A new era in Cleveland has begun,” adding, “A franchise that has endured controversy over Chief Wahoo and the Indians moniker now looks squarely to the future instead of the past.”

“This kind of exceeds expectations,” Karen Fox, the team’s director of merchandising, told the AP. “Having people show up at 6:30, and then we had 100 people in by 9:14. You can kind of see the store looks like we’re having a game today.”

Other News:   The Road to Fascism: Paved with Vaccine Mandates and Corporate Collusion

“It was like when you think of when you were a little kid and you’re waiting for Christmas morning,” she added in a statement. “That’s kind of how it feels for our merch team today and I’m sure the whole organization. Just here we are, a new era and you can see all the fans that are about it, too.”