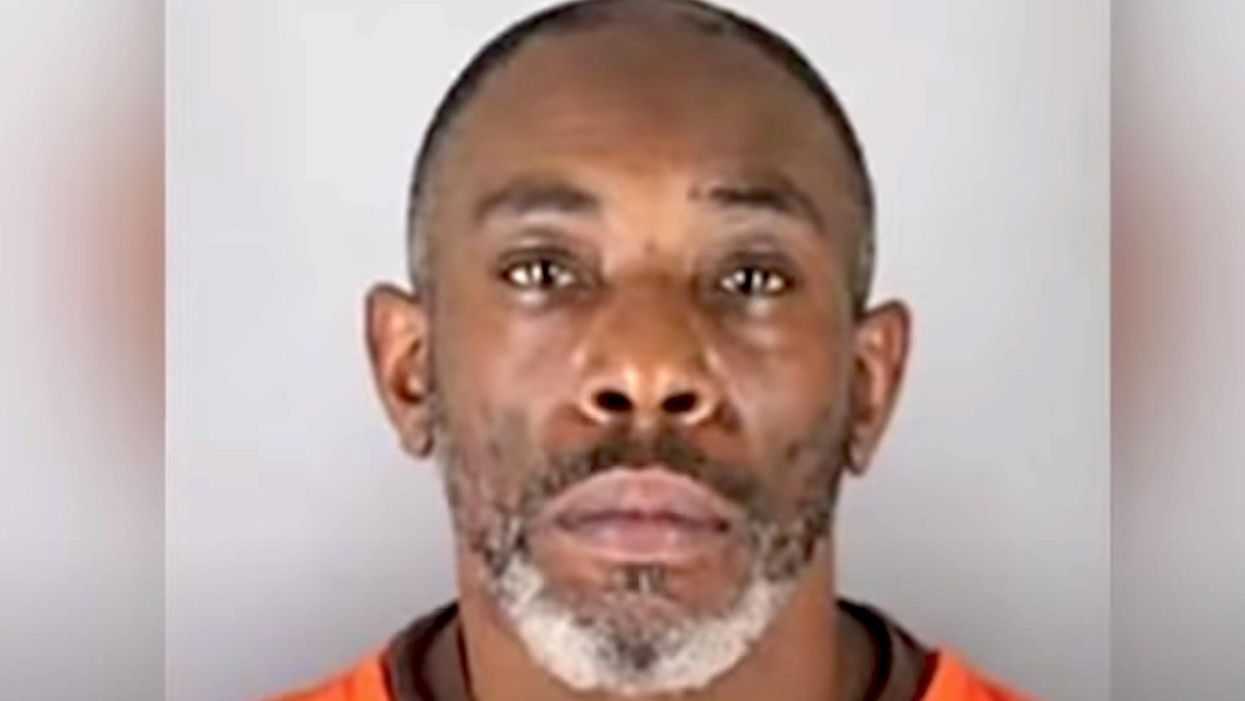 A man freed from jail by a bail fund once supported by Vice President Kamala Harris was allegedly caught on video shooting and killing a motorist in a road rage incident.

Minneapolis Police said that George Howard, 48, got into an argument with Luis Damian Martinez Ortiz, 38, on a highway ramp in late August.

Surveillance video reportedly shows Ortiz get out of his blue BMW and approach Howard in his white Volvo. Ortiz then collapsed before Howard is seen driving away. Ortiz returns to his car and tries to drive off but crashes soon after.

A medical examiner said later that Ortiz died from a gunshot to the chest.

Police said they were able to obtain the license plate of the Volvo from the video and they later detained Howard and a passenger in the car.

Other News:   WATCH: Dave Rubin is left SPEECHLESS after Tucker Carlson admits THIS

The passenger told them that Ortiz had allegedly punched Howard before he shot the man.

Police said that Howard initially told them nothing happened even though he admitted to the road rage incident. Then he claimed that another passenger in the back seat of the Volvo shot Ortiz, police claimed, though he was unable to describe the passenger.

On Friday, the Minnesota Freedom Fund admitted that they had helped Howard with bail money.

“We are aware of reports of the tragic and fatal shooting in Minneapolis earlier this week allegedly involving George Howard, an individual the Minnesota Freedom Fund had previously provided with bail support,” the group wrote in a statement on Twitter.

“MFF believes that every individual who has been arrested by the law enforcement is innocent until proven guilty, and if a judge deems them eligible for bail, they should not have to wait in jail simply because they don’t have the same income or access to resources as others,” they added.

The fund had been supported in 2020 by Harris, who had been a vice presidential candidate at the time.

If you’re able to, chip in now to the @MNFreedomFund to help post bail for those protesting on the ground in Minnes… https://t.co/Ni0yMyjD0F

The group says it will review its policies in order to preserve the safety of the community.

Other News:   2021 AZ Elections Procedures Draft Analysis: OVER 170 Fraud Concerns Found By EZAZ – 45 Issues Published As Of This Morning

In addition to Harris, other Biden campaign staffers and a host of celebrities had supported and publicized the bail fund, including Justin Timberlake, Seth Rogen, and Chrissy Teigen, who has since been cancelled for being an online bully.

Howard was charged with second-degree murder and faces up to 80 years in prison if found guilty.