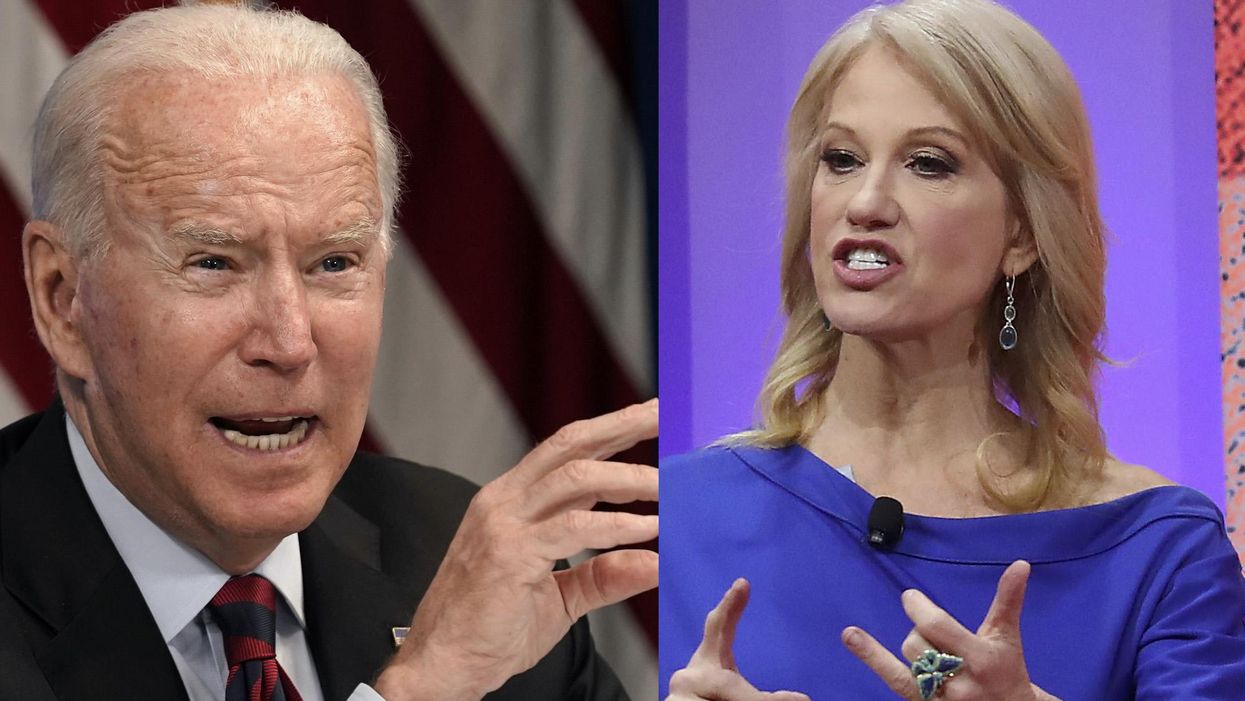 President Joe Biden told eleven appointees from the Trump era that they must resign from military academy advisory boards or be fired, and KellyAnne Conway immediately fired off a scathing response.

White House press secretary Jen Psaki confirmed on Wednesday that they had been served notice to resign or be fired.

Conway published a fiery response saying that she would not resign.

“Three former Directors of Presidential Personnel inform me that this request is a break from presidential norms,” said Conway in her statement.

“It certainly seems petty and political if not personal. The result is that faithful and willing public servants will be discouraged or thwarted from service. Our service academies will risk being further politicized and polarized,” she added.

“Your decision is disappointing but understandable given the need to distract from a news cycle that has you mired in multiple self-inflicted crises and plummeting poll numbers,” Conway continued, “including a rise in new COVID cases, a dismal jobs report, inflation, record amount of drugs coming across the southern border, and, of course, the chaotic and deadly withdrawal from Afghanistan that has left hundreds of Americans thousands of Afghan allies stranded under Taliban rule.”

She went on to reference the 13 U.S. service members that died in a terror attack in Afghanistan before concluding.

“I’m not resigning,” said Conway, “but you should.”

Other advisors protested in their responses to the request from the Biden administration.

Other News:   Tracking The Tropics: Disturbance In Gulf To Be Rainmaker For Florida Panhandle, Southern Georgia

“Frankly, I find this whole act unconscionable and not all in the spirit by which this Administration promised to govern,” responded Meagan Mobbs. “It is tragic that this great institution is now being subjected to and hijacked by partisan action that serves no purpose and no greater good.”