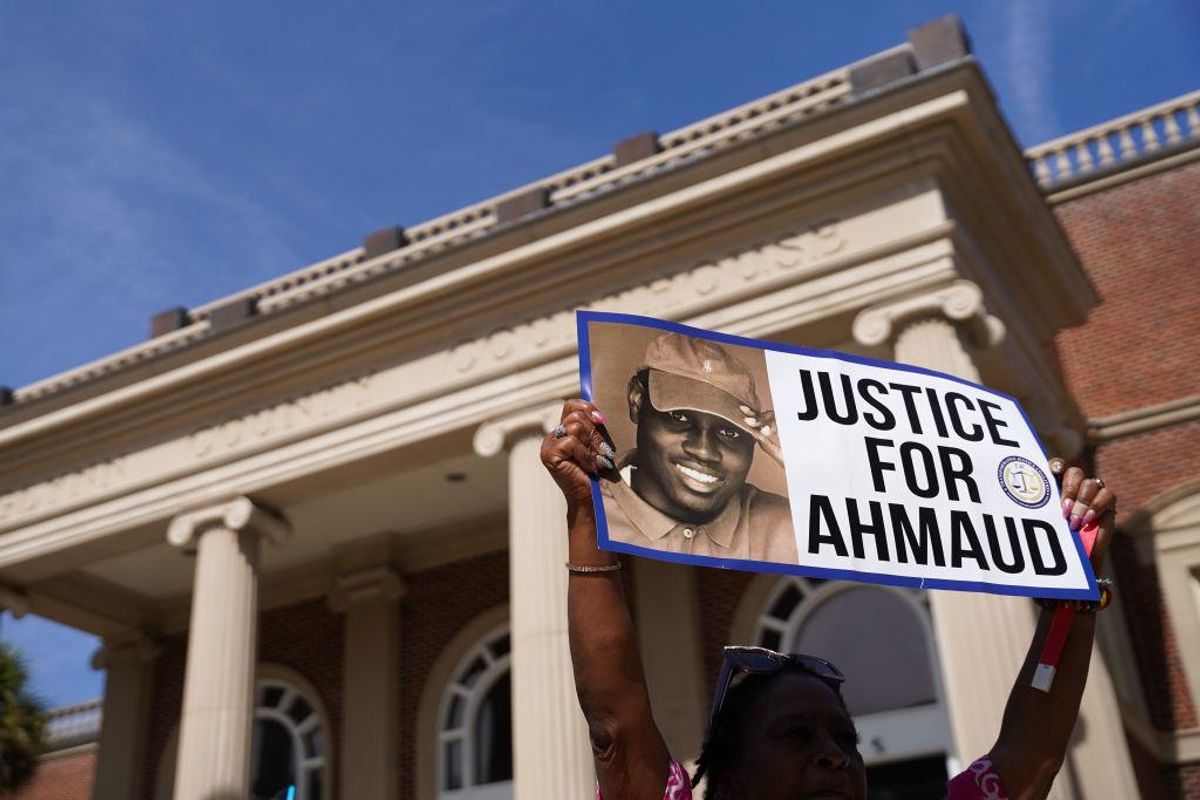 The Ahmaud Arbery trial ended Wednesday afternoon with a jury finding all three defendants in the case — Gregory McMichael, 65; his son, Travis McMichael, 35; and William “Roddie” Bryan Jr., 52 — guilty on multiple counts of felony murder and various other charges for their roles in the altercation that led to Arbery’s death.

In all, each of the three defendants faced nine charges, including malice murder, four counts of felony murder, two counts of aggravated assault, false imprisonment, and criminal contempt to commit a felony.

Travis McMichael was the only defendant to be convicted of count one, malice murder, in addition to multiple counts of felony murder.

The high-profile case garnered national media attention last year after cellphone video of the shooting recorded by one of the men involved in the incident circulated online. The video captured the fatal shooting itself as well as the moments leading up to it.

In the trial, the prosecution argued that the defendants, all of them white, were guilty of an unjustified and racially motivated attack against Arbery, a then-25-year-old black man who had been jogging through their neighborhood. Meanwhile, the defendants maintained they were acting in self-defense while conducting a citizen’s arrest when the fatal shots were fired.

Other News:   The Gosar Minute: “We Still DON’T Know Who Won The Election In Arizona – President Trump Is Right To Be Calling For Fair Elections And Decertification.” (VIDEO)

Under Georgia law at the time, citizen arrests were considered legal if the citizen had observed the suspect committing a serious crime and if the suspect was trying to make an escape. That statute has since been repealed, and critics have claimed that the situation in the Arbery case does not legally justify the defendants’ actions.

Ultimately, the jury of 12 in Brunswick, Georgia, determined that the father and son duo along with their neighbor provoked the violent incident by unjustly pursuing Arbery and were thus unable to claim self-defense.

On Feb. 23, 2020, Gregory McMichael alerted his son, Travis, after he reportedly spotted Arbery in a vacant construction site and inferred that he was the individual responsible for committing a slew of break-ins in their neighborhood in recent weeks.

The pair grabbed their guns, hopped in a pickup truck, and took off in pursuit of Arbery. They also called their neighbor “Roddie” Bryan, who allegedly joined the McMichaels in parts of the pursuit and filmed some of it on his cellphone.

Other News:   China downgrades diplomatic ties with Lithuania over Taiwan

Eventually, the trio caught up to Arbery and confronted him. During an ensuing struggle, Travis McMichael fired three shots at Arbery, killing him. Video of the incident appears to show Arbery attempting to jog around the truck before engaging the younger McMichael in a brief scuffle that ended in gunfire.

Local police seemed content not to file charges against the men for two months before the cellphone video was leaked at the request of Gregory McMichael. The defendant reportedly thought the footage would make him and his son look better, but instead, it sparked nationwide outcry and led to charges being filed against the men by the state of Georgia.

In her closing arguments to the jury on Tuesday, lead prosecutor Linda Dunikoski stated, “You can’t claim self-defense if you are the unjustified aggressor,” adding, “Who started this? It wasn’t Ahmaud Arbery.”

Defense attorneys have argued that Travis McMichael had no choice but to fire his weapon after Arbery attempted to wrestle it away from him.

She also sought to poke a hole in the defense’s lawful citizen arrest claim, saying, “You can’t make a citizen’s arrest because someone’s running down the street and you have no idea what they did wrong.”

Despite the media narrative branding the Arbery killing as an example of racial violence in the country, the prosecution largely shied away from arguing that issue to the jury during trial. Though in the final days, Dunikoski did argue that the defendants decided to attack Arbery partly “because he was a black man running down the street.”

The defendants now await sentencing for their crimes, which in each of the cases could result in life in prison without the possibility of parole.

This is a breaking news story. There may be updates.