Sen. Lindsey Graham says US will have to reinvade Afghanistan 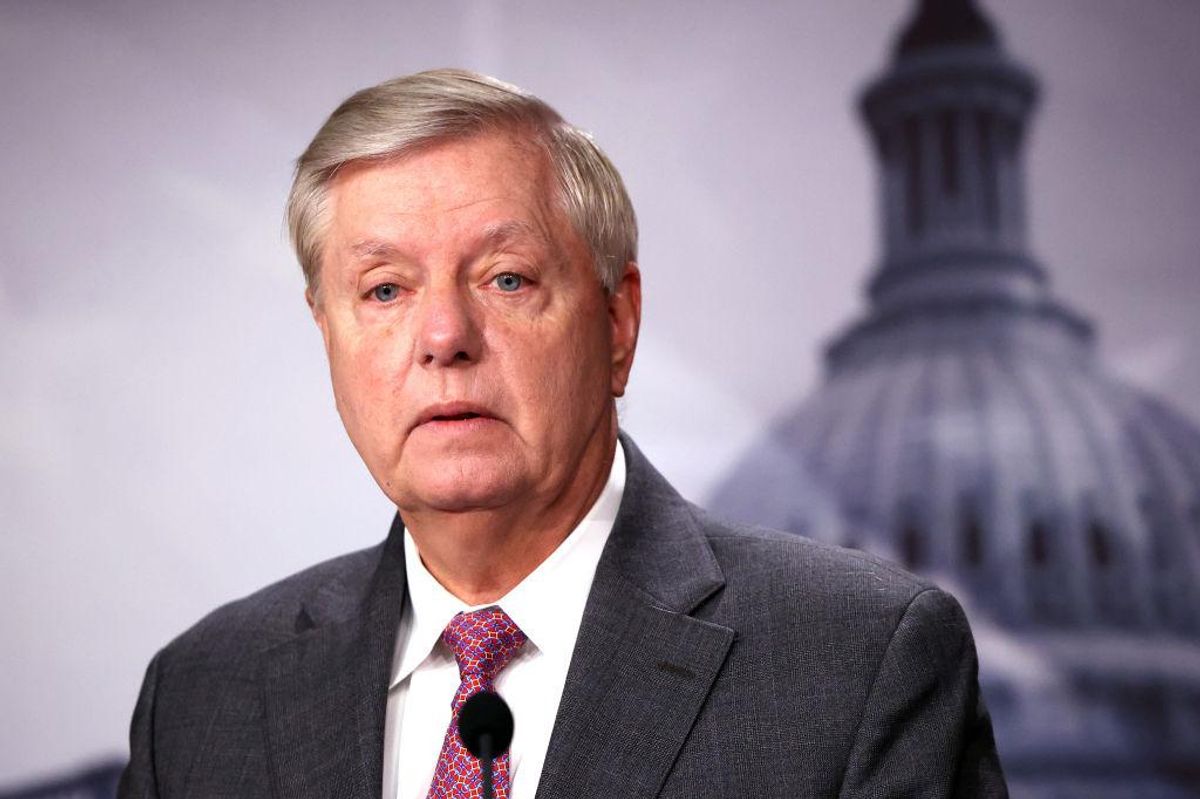 Sen. Lindsey Graham (R-S.C.) left a BBC reporter stunned Monday when he said the United States will likely reinvade Afghanistan to continue the War on Terror.

During an interview with BBC reporter Stephen Sackur, Graham predicted that the new Taliban government in Afghanistan will provide a safe haven for radical Islamic terrorists who hate America and may devise plots to attack the U.S., just as they did before 9/11. He voiced skepticism of President Joe Biden’s assurances that an “over the horizon” counterterrorism strategy using targeted drone strikes will be effective.

“They’re going to give safe haven to al Qaeda who has ambitions to drive us out of the Mid East writ large and attack us because of our way of life,” Graham told Sackur, referring to the Taliban.

“We will be going back into Afghanistan, as we went back into Iraq and Syria,” he said.

“Hang on. You seriously think the United States will once again, in the foreseeable future, put troops back into Afghanistan?” an incredulous Sackur asked.

“We’ll have to,” Graham replied. “We’ll have to. Because the threat will be so large. … It will be a cauldron for radical Islamic behavior.”

He added that Biden must choose to either let the terrorists regroup under the Taliban’s protection or “hit them before they hit you.”

Last month, Biden confidently told the American people that U.S. forces will be able to fight terrorist activity in Afghanistan without placing troops on the ground.

“We conduct effective counterterrorism missions against terrorist groups in multiple countries where we don’t have a permanent military presence,” the president said on Aug. 16, addressing the nation on the evacuation crisis in Afghanistan. “If necessary, we will do the same in Afghanistan. We’ve developed counterterrorism over-the-horizon capability that will allow us to keep our eyes firmly fixed on any direct threats to the United States in the region and to act quickly and decisively if needed.”

But Graham criticized Biden’s strategy, telling Sackur “you cannot deal with this over-the-horizon.”

Other News:   California lawmakers move to cut down on time required for the terminally ill to obtain lethal drugs

Instead, the United States should offer support to anti-Taliban resistance in the Panjshir Valley, said Graham. He predicted that over time, “you’re going to see the resistance rise” because the Afghan people “hate” the Taliban.

Graham also predicted the entire country of Afghanistan would fracture as resistance fighters, ISIS, and the Taliban all go to war with each other, creating an environment that would benefit terrorist activity.