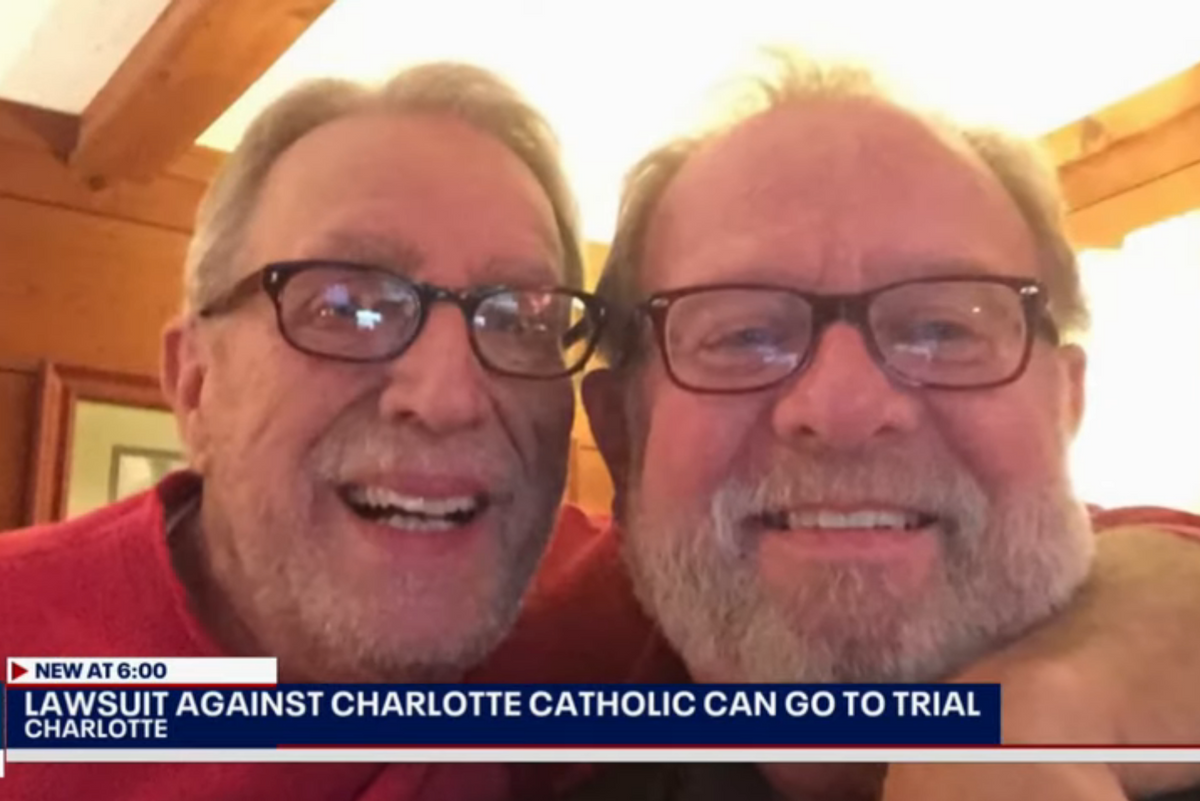 A federal judge in North Carolina ruled recently that a Catholic high school in the state was wrong for firing a gay teacher after he announced plans to marry his male partner on Facebook.

Cogburn dismissed the constitutional protections granted to religious organizations in his decision, citing Masterpiece Cakeshop, Ltd. v. Colorado to argue that “our society has come to the recognition that gay persons and gay couples cannot be treated as social outcasts or as inferior in dignity and worth.”

“For that reason,” Cogburn wrote, “The laws and the Constitution can, and in some instances must, protect them in the exercise of their civil and employment rights.”

“The exercise of their freedom on terms equal to others in employment and all other aspects of life must be given great weight and respect by the courts,” he added.

Cogburn granted summary judgment to Billard with the ruling. Now, a forthcoming trial will be held to determine what relief the former teacher will receive.

In a statement Saturday, diocesan officials said they “respectfully disagree” with the judge’s ruling “and are considering next steps,” the Charlotte Observer reported.

“The First Amendment, federal law, and recent Supreme Court decisions all recognize the rights of religious organizations to make employment decisions based on religious observance and preference,” the officials reportedly said. “They do not — and should not — compel religious schools to employ teachers who publicly contradict their teachings.

“The Catholic schools offered by the Diocese of Charlotte exist to provide high-quality education and transmit the Catholic faith to the next generation. Like all religious schools, Catholic schools are permitted to employ educators who support our Church’s teachings and will not publicly oppose them,” they added.

Billard, a former drama teacher and substitute teacher at the high school, said he felt “a sense of relief and a sense of vindication” after the ruling.

“I wish I could have remained teaching all this time,” he said in a statement, issued by the American Civil Liberties Union of North Carolina. “Today’s decision validates that I did nothing wrong by being a gay man.”

Other News:   Bonfire of the Experts

The ACLU, which represented Billard in the case, called the decision “a victory for LGBTQIA employee protections.”

“Religious schools have the right to decide who will perform religious functions or teach religious doctrine, but when they hire employees for secular jobs they must comply with Title VII and cannot discriminate based on sexual orientation.”

Here’s more about the story: