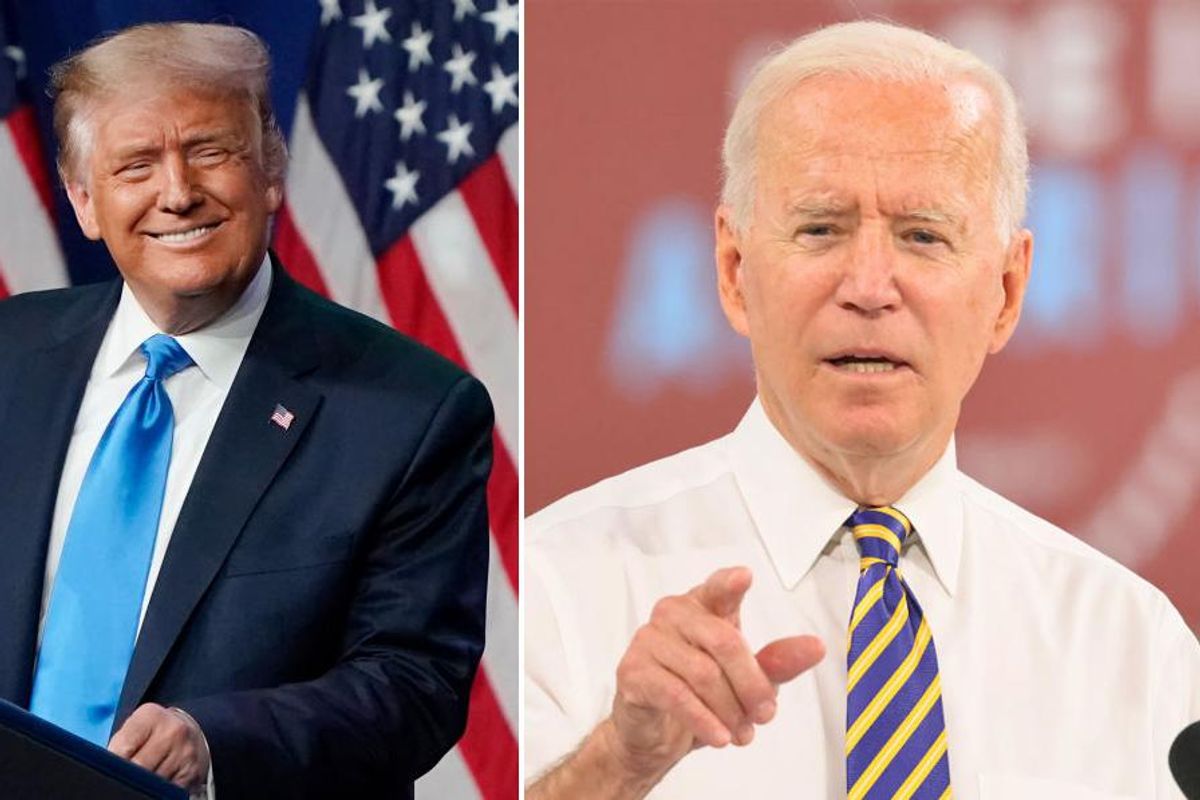 Backed into a corner by the Supreme Court, President Joe Biden is reportedly considering enacting a “lite” version of the Trump-era “remain in Mexico” immigration policy.

Former President Donald Trump enacted an immigration policy that forced most asylum-seekers to remain in Mexico while American immigration courts ruled on their claims. The policy, also known as Migrant Protection Protocols, sought to eliminate so-called “catch and release,” whereupon migrants are released into the U.S. general public, potentially slipping into the shadows of society, while their case progresses through the immigration court system.

The policy, which proved effective, was overturned by Biden, who campaigned on a promise to end the policy. After announcing a suspension of the policy on his first day in office, the Biden administration formally ended the policy this summer.

Since the Trump policy was reversed, Border Patrol agents have reportedly encountered more than 1 million migrants at the southern border.

The Supreme Court last month upheld a lower court ruling that ordered the Biden administration to reinstate the policy “in good faith until such a time as it has been lawfully rescinded in compliance with the [Administrative Procedure Act].” That federal judge also said Biden “failed to consider several critical factors, including the benefits of the remain in Mexico policy” when canceling the policy.

The Department of Homeland Security said it would “comply with the order in good faith,” but said the agency would still seek an appeal.

What is happening now?

To comply with the court’s order, the Biden administration is considering a watered-down version of the “remain in Mexico” policy, although it’s not clear how a “lite” version would carry out the policy “in good faith” as ordered.

The new proposal — what some have dubbed “Remain in Mexico lite” — would require a small number of asylum seekers to wait in Mexico for their cases to be processed but give them better living conditions and access to attorneys, according to three people familiar with the discussions.

The administration is starting talks with Mexico in a bid to strike a balance between abiding by a federal court order and making good on the president’s campaign promises. A federal judge ruled last month that President Joe Biden’s attempt to end the program — a pledge he made on the campaign trail — violated the law.

Immigration advocates, however, are demanding Biden ignore the Supreme Court, much like his administration did with the eviction moratorium.

Michael Tan, deputy director of the ACLU’s Immigrants’ Rights Project, said restarting MPP, even a watered-down version of the program, is “completely unacceptable.”

“What the administration should be doing — and hopefully is already doing — is working on a new memorandum that responds to the concerns of the district judge in Texas, and terminates the program again,” Tan said.

“One of his campaign promises was to end MPP. He did that. He should stand by that,” Hincapié told Politico. “The answer is not to simply find a gentler, kinder MPP 2.0. That completely flies in the face of his promise.”