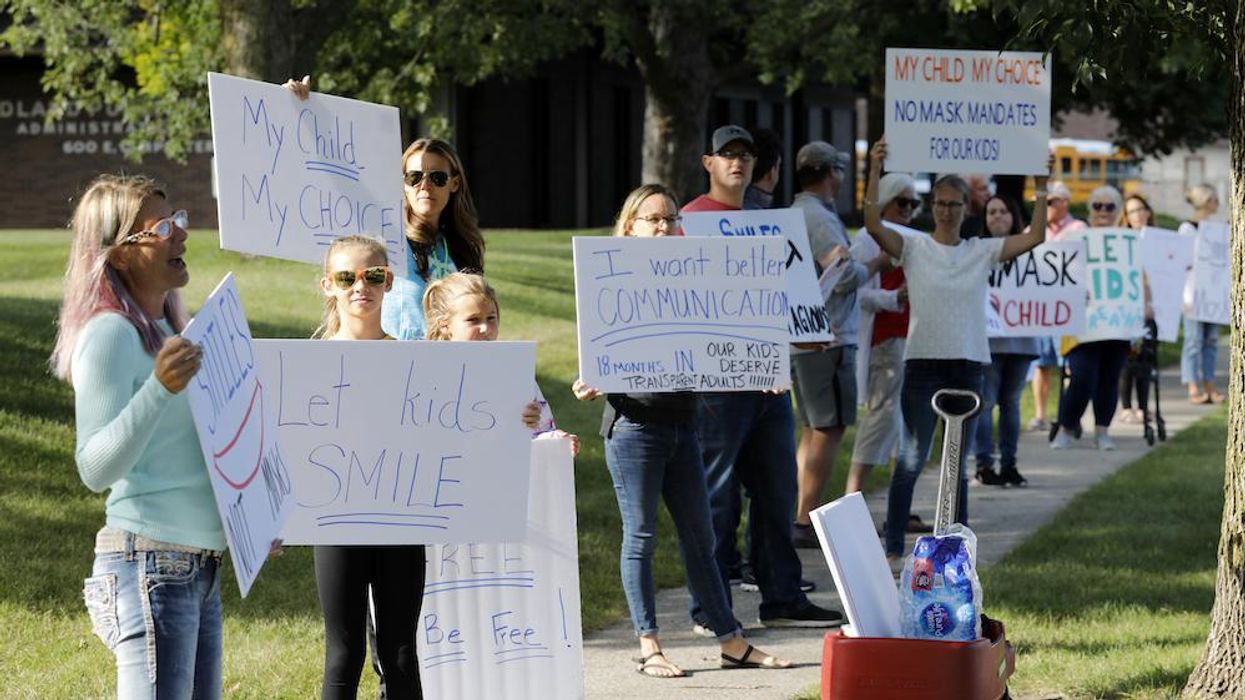 A Washington state judge ruled this week that no protests, rallies, or other gatherings that might “disrupt educational services” will be allowed within one mile of public schools in one southwest school district as long as the governor’s mask mandate is in place, the Associated Press reported.

People in the Vancouver School District protesting Democratic Gov. Jay Inslee’s statewide mandate that all students and teachers wear masks, regardless of vaccine status, reportedly left their picket lines last Friday and walked onto the campus of Skyview High School, the AP said.

Oregon Public Broadcasting claimed that members of the Proud Boys attempted to gain access to school grounds during the protests. The reported efforts led to a lockdown at multiple schools in the district — Skyview High School, Alki Middle School and Chinook Elementary.

The attempt to gain access to the school was based on erroneous reports that a Skyview student was going to be arrested if she failed to wear a mask in the building, OPB said:

Patriot Prayer, a far-right group led by Southwest Washington’s Joey Gibson, and other far-right activists made posts online incorrectly claiming that a student at the school who did not want to wear a mask would face arrest if they entered school grounds.

Parents of other students at Skyview joined the anti-mask protest, holding signs and calling for the student to be given a medical exemption to mask requirements. Nearby, teachers and students held signs supporting masks.

The lockdown occurred after alleged members of the Proud Boys tried to escort the unnamed freshman student who is seeking a medical exemption into the school.

According to the student’s family, the school refused repeated requests for a medical exemption for the teenager who has reportedly been diagnosed with PTSD and other issues and then locked the student outside the school for an hour without informing her parents.

That student has been diagnosed with post-traumatic stress disorder and anxiety, according to her mother, Megan Gabriel. She requested an exemption from the school’s mask mandate because she said the mask can trigger panic attacks.

Gabriel told OPB she was willing to have her daughter come to school early, change classrooms before or after other students, and stay as separate as possible from other students to accommodate her daughter’s medical condition. Gabriel said the school would not exempt her daughter from the mandate.

Gabriel’s daughter has only been to school one day since classes resumed this week, she said.

In response to the incident, the district asked the Clark County Superior Court for an injunction to stop the protests — even those that do stay peaceful and do not trespass.

The district got its wish.

Clark County Superior Court Judge Suzan Clark issued the injunction Tuesday, blocking any protests within one mile of any Vancouver school. And the ban will stay in place until Inslee’s mask mandate comes to an end — whenever that might be.

Superintendent Jef Snell said he wants everyone to understand that the school supports the First Amendment, though.

“Our district understands and supports free speech and the right for people to be involved in peaceful protests,” Snell said in a press release. “However, our first priority is to ensure student and staff safety and an educational environment free of disruption. This responsibility prompted us to present our concerns to the court.”