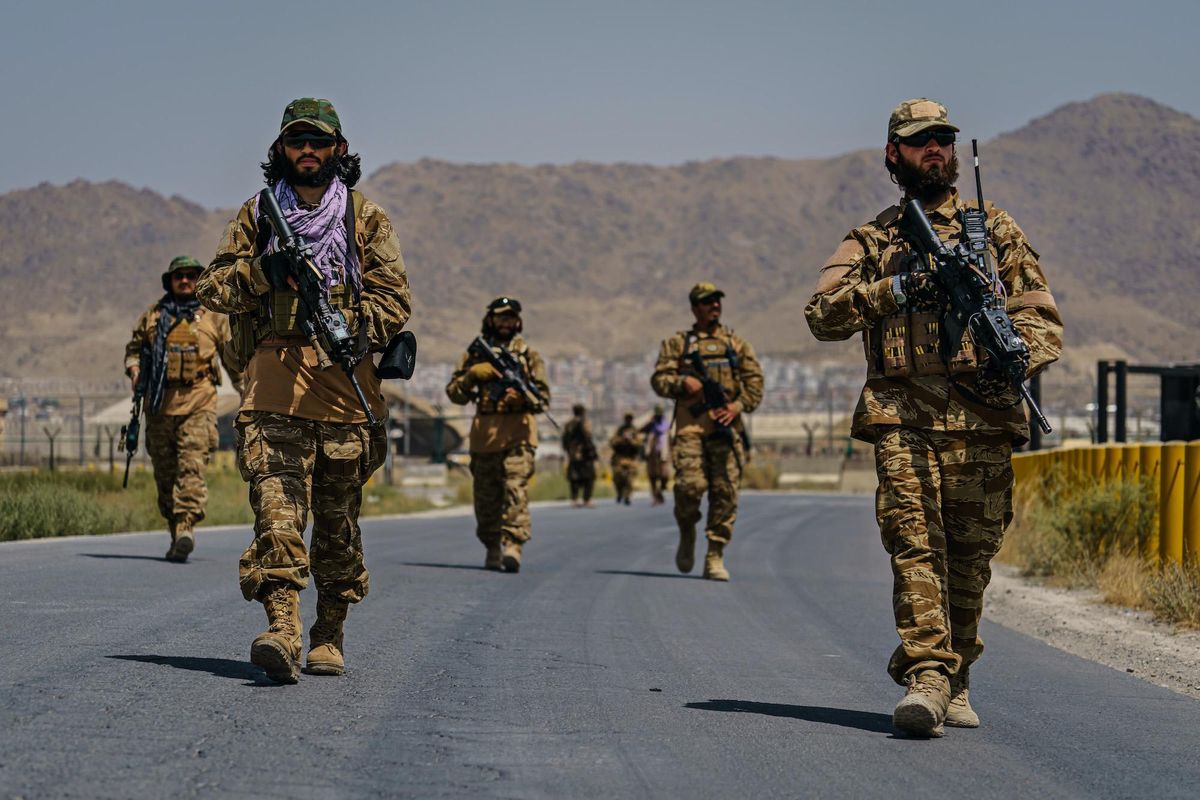 Six planes on a mission to rescue more than a hundred Americans wanting to leave Afghanistan were grounded by the Taliban as negotiations continued with the State Department Monday.

The evacuation effort was a part of a mission chartered by Mercury One, the charity founded by conservative media personality and TheBlaze founder Glenn Beck.

Newsweek confirmed the details through an NGO working on the evacuation.

According to the report, at least 1,000 people were waiting to board the planes at an airport in the city of Mazar-i-Sharif.

“The planes are currently empty and its passengers are still waiting in their safe houses for clearance for takeoff from the Taliban,” said one NGO official to Newsweek. “I have more than 1,000 people on the master manifest that want to fly, of which 123 are Americans and the rest are Special Immigration Visas.”

Other News:   TSA Doubles Fines For Passengers Who Refuse To Wear Face Masks On Planes

Earlier on Sunday, the State Department sent an email to members of Congress to alert them about the negotiations with the Taliban. The email reportedly said that the planes had permission to land in Doha, Qatar, but only after the Taliban allowed them to leave.

“The Taliban is basically holding them hostage to get more out of the Americans,” said a congressional source to CBS News.

Republican Rep. Michael McCaul of Texas said Sunday on Fox News that the Taliban had the Americans in a hostage situation.

“In fact we have six airplanes at Mazar-i-Sharif airport, six airplanes, with American citizens on them as I speak, also with these interpreters, and the Taliban is holding them hostage for demands right now,” McCaul said. “State has cleared these flights, and the Taliban will not let them leave the airport.”

A spokesperson told Newsweek they were not able to confirm whether Americans were waiting to board the planes to escape.

“We do not have personnel on the ground, we do not have air assets in the country, we do not control the airspace — whether over Afghanistan or elsewhere in the region,” the unidentified official said.

Other News:   For Affleck and Damon, working together is a lot of fun

Glenn Beck had raised more than $22 million from donors and his radio audience to fund the mission to rescue Christians, Americans, and Afghan allies from the Taliban-controlled nation.

Here’s more about the effort to rescue Americans from Afghanistan: