Police officer fired for donating to Rittenhouse defense roars back after not-guilty verdict, wants job back 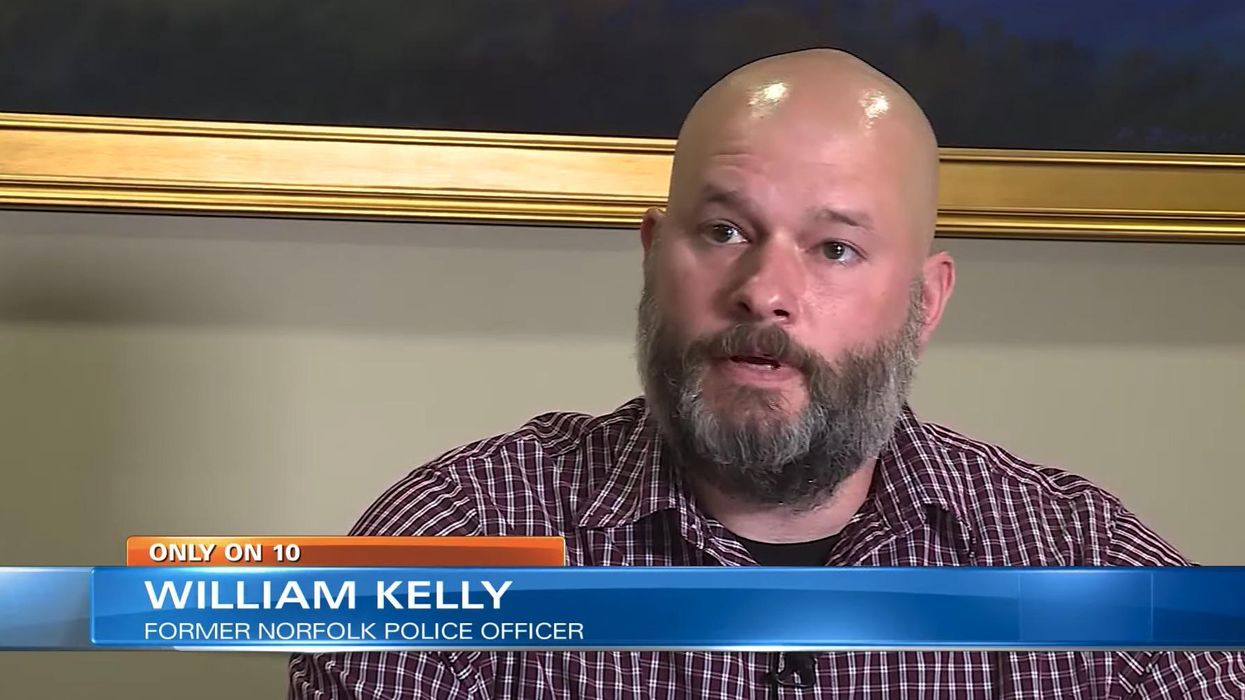 The Virginia police officer who abruptly lost his job after it was revealed he donated to Kyle Rittenhouse’s defense fund wants his job back after a jury concluded that Rittenhouse acted in self-defense and declared him not guilty of murder.

Norfolk Police Lt. William Kelly was fired in April after the Guardian revealed the names of police officers and other public officials who donated to Rittenhouse’s legal defense fund.

Kelly reportedly donated $25, and used his department-issued email address while making the donation. Kelly also left a message on the crowdsourcing website that read, “God bless. Thank you for your courage. Keep your head up. You’ve done nothing wrong. Every rank and file police officer supports you. Don’t be discouraged by actions of the political class of law enforcement leadership.”

In terminating Kelly, Norfolk city manager Chip Filer said, “His egregious comments erode the trust between the Norfolk Police Department and those they are sworn to serve.”

What is Kelly saying now?

Kelly, who was a 19-year-veteran of the police department, wants his job back. He spoke to the Daily Mail in an interview on Friday after the Rittenhouse verdict, explaining why he thought Rittenhouse was innocent.

Other News:   Police arrest ex-NFL player after video surfaces reportedly showing him brutally beating ex-girlfriend in front of their infant

“I was very surprised when he was charged soon after the shooting with these murders and the shooting of the third victim,” he added.

By donating to Rittenhouse’s defense fund, Kelly said he was promoting the foundational American ideal that everyone is innocent until proven guilty.

“I was interested in giving him the chance to defend himself in front of a jury. I know that lawyers are expensive, and it’s hard sometimes to get the message out there. I wanted to make sure that he had the means necessary to make his claim in court,” Kelly told the Daily Mail. “It mattered. The comments I made, my belief that he has a strong claim for self-defense was a personal opinion. I didn’t want my city or police department to be associated with it, so I chose to donate anonymously.”

Other News:   Grandma's accidental Thanksgiving text to random teen brings the two together for a sixth straight Thanksgiving celebration

Kelly also said his opinion about the Rittenhouse case had “no impact on my ability to do my job as a police officer,” and should not have resulted in his termination.

“This is America. You can agree with your neighbors and other people in your community and you can disagree with them,” Kelly said. “Just because someone has a different opinion than you, it doesn’t mean you should destroy their lives, take their job away.”

“If I had a different opinion and I donated to a fund for the victims and made comments about how Mr. Rittenhouse was a murderer, nobody would have cared or tried to get me fired,” Kelly added.

When Kelly was fired, he was just 10 months away from his pension being vested. If he does not get his job back, he will never see the pension that he worked nearly 20 years to earn.

Will Kelly get his job back?

Kelly has filed a grievance seeking to be reinstated.

In that grievance, Kelly accused Boone of hypocrisy for attending a Black Lives Matter protest in uniform last May after the murder of George Floyd.

My dismissal reflects inconsistency, unfairness and discrimination by the City of Norfolk
in regard to speech by members of the Norfolk Police Department. I engaged in speech which
was private and anonymous but became public through no fault of my own, and which, when
made public, upset a small number of vocal people for a very short time. The Chief of Police of
the Norfolk Police Department, in contrast, has been permitted to parade through the streets of
Norfolk, wearing his Norfolk Police Department uniform, holding a “Black Lives Matter” sign
while marching with a crowd protesting against police and law enforcement…

Kelly told the Daily Mail he hopes for a hearing over his grievance by the end of January, but said his case could be resolved before then, especially considering the outcome of the Rittenhouse trial.