Horowitz: What we expect from GOP governors and legislators in this crisis 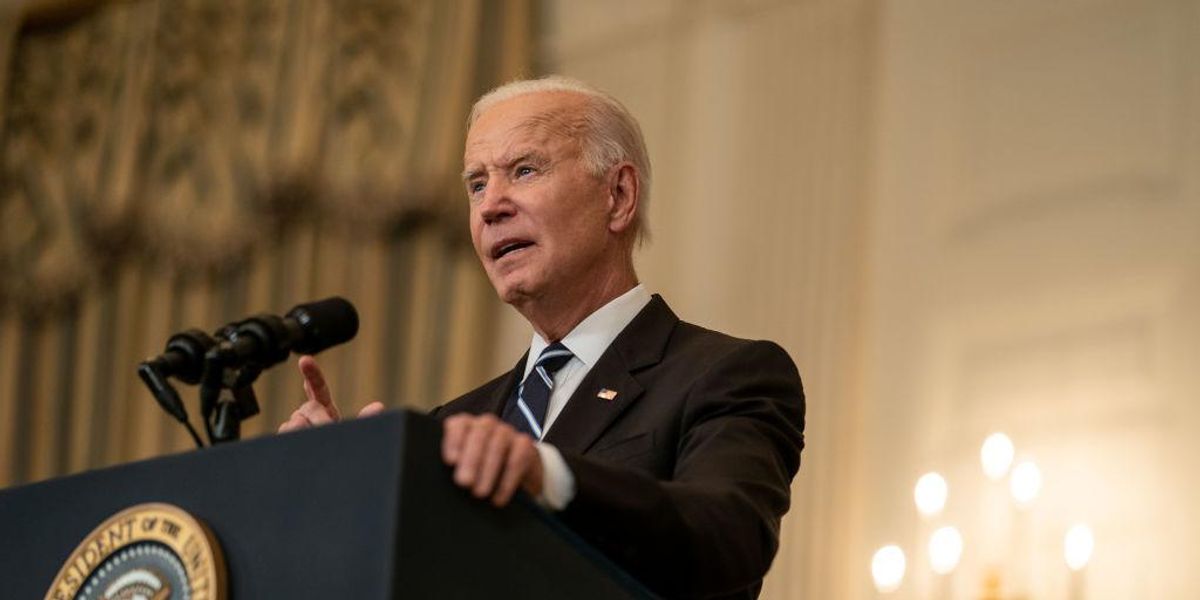 This is it. This is why our founders created a layered approach to government — for this very nightmare scenario we are confronted with today. The question is whether the Republican governors and legislators will rise to the occasion.

We all knew this was coming. Yesterday, the Biden regime announced a full federal requirement to get the waning, leaky, and risky COVID shots that are so ineffective that they already need a third shot. In following Israel’s lead, the Biden administration is not only mandating the shot on the federal workforce, but anyone who works for a private company with more than 100 employees. But the difference is that, unlike in Israel, we have state governors who can and must interpose between the feds and the people.

There has quite literally never been anything this tyrannical foisted upon us in our lifetime. The shots come with a tremendous amount of risk, particularly to those who already had the virus, which in parts of the country is already a majority of people. They haven’t even fully studied the effects on pregnant women, menstrual cycles, and myocarditis in young people, yet the mandate is preceding the science.

At the same time, it is very likely that the mass vaccination with a leaky vaccine is causing a quasi-Marek’s disease enhancement syndrome, which can make the virus even worse, under what is known as the “imperfect vaccine hypothesis.” As PBS noted in a 2015 article on the leaky chicken vaccine, which causes vaccinated birds to transmit the virus to unvaccinated birds and kill them with higher viral loads, the Marek’s disease vaccine “has helped this chicken virus become uniquely virulent.” Sound similar to what we are experiencing today in Israel with a worse viral spread than ever before?

As PBS noted, “To test the imperfect vaccine hypothesis in humans, you would need [to] monitor the vaccine response for either a large or isolated population for a long time. … Does the vaccine merely reduce symptoms, or does it also keep patients from getting infected and transmitting the virus?”

Well, we already have the answer to that in the first human vaccine in human history to not only be used in middle of a pandemic, but to be leaky and very narrow spectrum. How can this be continued without first ruling out the growing prospect that the mass vaccination with a flawed shot is making the pandemic worse?

This is where the red states come into play. Republicans hold 27 governorships, 23 trifectas, and 19 supermajorities in state legislatures. The governors in those states must immediately convene emergency sessions of the state legislatures and request that they pass a bill prohibiting the implementation of the federal mandate within the states. While they are at it, they should also punish any medical board or pharmacy that gets in the way of the true solution to COVID, which is early treatment with cheap repurposed drugs. To put teeth into their new state laws, legislators must empower state troopers and the National Guard to arrest any federal employee or agent seeking to enforce a mandate violating human rights.

How much longer will these elected Republicans sit out the Super Bowl of liberty vs. tyranny? These same governors and state legislatures allowed our economies to be destroyed, trillions of dollars to be flushed on worthless and painful voodoo measures, and individual liberty to be crushed, only to make the virus worse than ever before. They got the lockdowns, they got the masks, and they got endless payouts to Big Pharma for dangerous drugs like remdesivir while crushing any cheap therapeutics. Now, they have very high vaccination rates in most parts of the country and are demanding boosters. They had their chance to experiment with our liberties; now it’s time for any red state worth its name to pull the plug on the tyranny.

Other News:   Bank of Canada Signals It May Stop Adding Stimulus to Economy Soon

No, “see you in court” is not the appropriate response to this tyranny, Gov. Noem. More must be done.

South Dakota will stand up to defend freedom. @JoeBiden see you in court.

The courts have already greenlit vaccine mandates. They have not only sided with COVID fascism for a year and a half — including blocking lifesaving treatment for people without options — they are now upholding “rights” of county governments to violate people’s bodily integrity. So, the same courts that ignore any lawsuit on mask and vaccine mandates will immediately grant an injunction to county governments who seek to upend decisions made by governors and state legislatures to protect freedom.

Indeed, the courts are part of the problem. If the federal government declared that all employers must ban people of a certain race or creed from employment, would state governments cry to the courts? No! The governors would discover their executive powers and teach a civics lesson in Federalist #33. In that essay, written by none other than Alexander Hamilton, the chief proponent of federal power himself makes it clear that the Supremacy Clause of the Constitution only applies to lawful federal powers.

“It will not follow from this doctrine that acts of the large society which are NOT PURSUANT to its constitutional powers, but which are invasions of the residuary authorities of the smaller societies, will become the supreme law of the land,” wrote Hamilton in Federalist #33.

Other News:   Jennifer Garner Reveals 2 Of Her Children Are Vaccinated In A Back-To-School Post!

James Madison in Federalist #46 explains the recipe for how to accomplish this. Madison predicted that a federal encroachment would easily be mitigated by state action, because “the means of opposition to it are powerful and at hand.” What is the winning formula?

The disquietude of the people; their repugnance and, perhaps, refusal to co-operate with the officers of the Union; the frowns of the executive magistracy of the State; the embarrassments created by legislative devices, which would often be added on such occasions, would oppose, in any State, difficulties not to be despised; would form, in a large State, very serious impediments; and where the sentiments of several adjoining States happened to be in unison, would present obstructions which the federal government would hardly be willing to encounter.

Indeed, this is what happened with the sanctuary movement for illegal aliens. There is no more legitimate federal power than protecting the national sovereignty from invaders, yet the states that were united behind protecting illegal aliens were able to thwart ICE at every turn. Deportations in California plummeted to a near standstill during Trump’s presidency because of the success of this movement. Ultimately, local government predominates … when it wants to.

So, if leftist local governments are capable of creating a sanctuary on behalf of illegal alien sex offenders and gang members, why can’t Republicans secure a sanctuary to protect the bodily integrity of Americans?