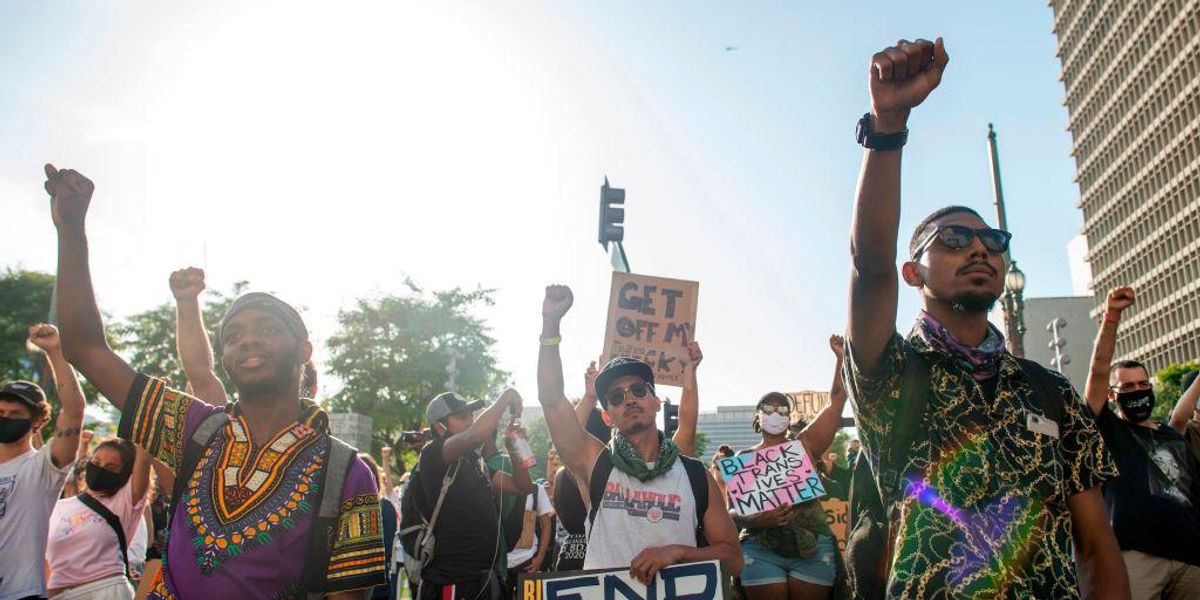 It hasn’t even aired a trailer yet, but critics from across the political spectrum are already condemning a new CBS competition series that aims to crown the world’s best social justice awareness-raiser.

“The Activist,” a five-week reality series produced by Global Citizen, set to air Oct. 22, is being heralded by showrunners as “a first-of-its-kind competition series that will inspire real change.”

According to Deadline, it will feature “six inspiring activists teamed with three high-profile public figures working together to bring meaningful change to one of three vitally important world causes: health, education, and environment.”

The activists will “go head-to-head in challenges to promote their causes, with their success measured via online engagement, social metrics, and hosts’ input,” Deadline continued. “The three teams have one ultimate goal: to create impactful movements that amplify their message, drive action, and advance them to the G20 Summit in Rome, Italy.”

Other News:   TIMELINE: Flash Flood Watch Scheduled Wednesday As Another Round Of Rain Approaches

But no activist cause could be truly successful without the assistance of a star-studded cast of Hollywood celebrities, right? And so with that in mind, CBS tasked Usher, Priyanka Chopra Jonas, and Julianne Hough to come alongside the activists as series co-hosts.

“One thing seems more clear than ever: Planet Earth is a singular village, demanding if not relying on individual engagement. From the Global Citizen movement comes an awe-inspiring look at what can come of it,” reads a promotional brief on the show’s CBS.com page.

How have people reacted?

News of the show’s launch was immediately met with backlash from critics online, many calling it “dystopian” and suggesting it be canceled before the first episode airs. Here are some of the best responses:

Couldn’t they just give the money it’s going to take to pay this UNBELIEVABLY expensive talent and make this show,… https://t.co/6C5mNlbcCu

Climate justice professor Naomi Klein tweeted, “I’m confused: Is this an advanced Marxist critique to expose how competition for money and attention pits activists against each other + undermines deep change? Or just the end of the world?”

I’m confused: Is this an advanced Marxist critique to expose how competition for money and attention pits activists… https://t.co/0czrovBm9y

For any inquiries, contact Amnon Free Press (Amnon Jobi Jakony) by writing to editor [at] amnonfreepress.com. Discover a world of hyper-local news below.
Other News:   Conway to Biden: 'I'm Not Resigning, But You Should'