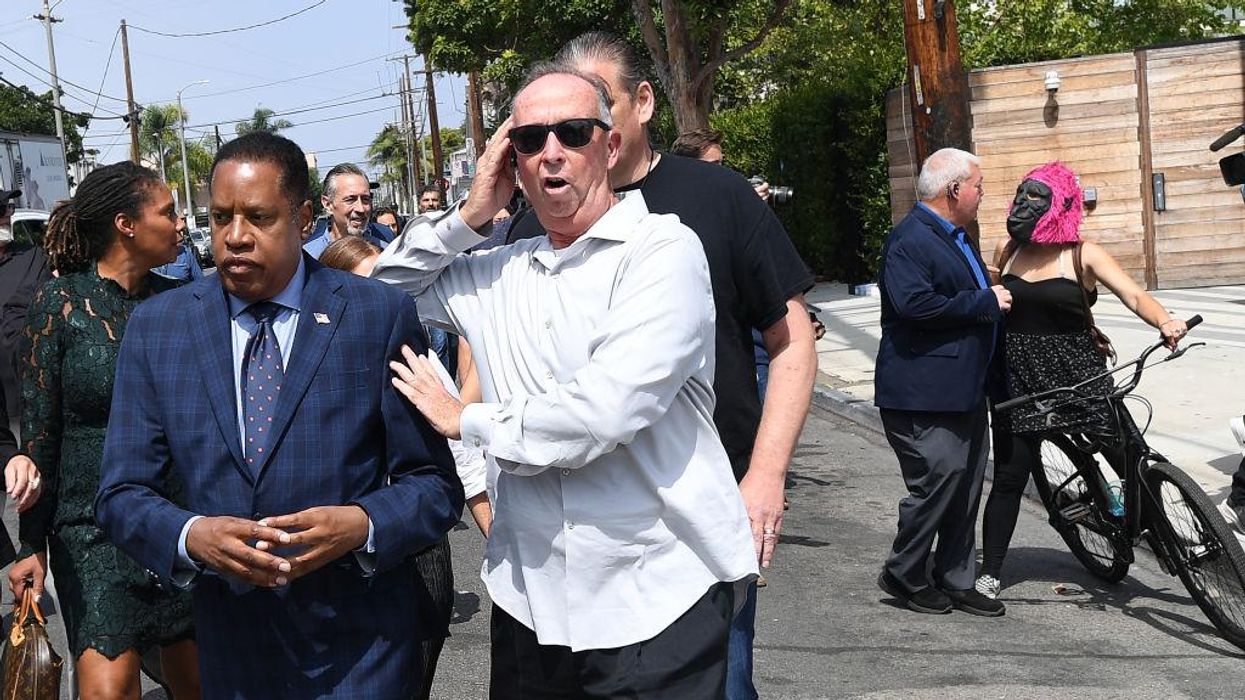 Los Angeles County Sheriff Alex Villanueva said Thursday that the egg-throwing attack on California Republican gubernatorial candidate Larry Elder by a white woman wearing a gorilla mask was a “hate crime” and the only reason politicians aren’t outraged about it is “woke privilege.”

Elder, a black man, was campaigning in Venice on Wednesday when a masked woman who had been riding a bicycle next to his entourage threw an egg that narrowly missed his head. She then slapped one of the candidate’s aides, viral video shows.

“QUESTION: How is this not a hate crime?” asked Villaneuva in a tweet about the incident. “ANSWER: Because ‘woke privilege’ means a white woman can wear a gorilla mask and attack a black man without fear of being called a racist.”

“Where is the outrage from our politicians?” he demanded.

Other News:   WATCH: The GOOD and the BAD in the Texas abortion law

QUESTION: How is this not a hate crime?

The Washington Examiner reported that Villanueva, a Democrat who is often critical of “woke” progressivism in his party, will investigate the assault as a hate crime.

“Just imagine the outrage if the roles had been reversed. We would never hear the end of it,” Villanueva told the magazine. “People need to be held accountable on both sides of the aisle. What’s good for the goose is good for the gander. Why didn’t Gavin Newsom call out this reprehensible behavior? I distinctly remember John McCain defending Obama when someone said something. God bless him as a true patriot.”

He added that the gorilla mask sends a clear message that the attack was racially motivated.

Other News:   Ancient Tales of Wisdom: The Story of a Sage and a Mouse

“It conveniently hides her identity, but there was a message there. She could’ve picked a Groucho Marx mask,” he said. “I think the message was clear.”

The Los Angeles Police Department has opened an investigation into the assault.

According to police, the woman in the gorilla mask threw the egg at Elder, then yelled profanities at his aide before she “struck the aide on the left side of his face with her open hand.”

Police said another man wearing a gray T-shirt also attacked the aide, punching him in the back of the head.

After the assaults, Elder was escorted to a waiting vehicle and taken to another location in Venice.

No arrests have been made yet. Police are seeking the public’s help in identifying the suspects.

Commenting on the incident, Elder told Fox News Thursday that the person who attacked him wasn’t necessarily a racist.

“All I know is: If I were a liberal and somebody wearing a gorilla mask who was a white woman threw an egg at me, the left would be screaming about systemic racism,” he added.