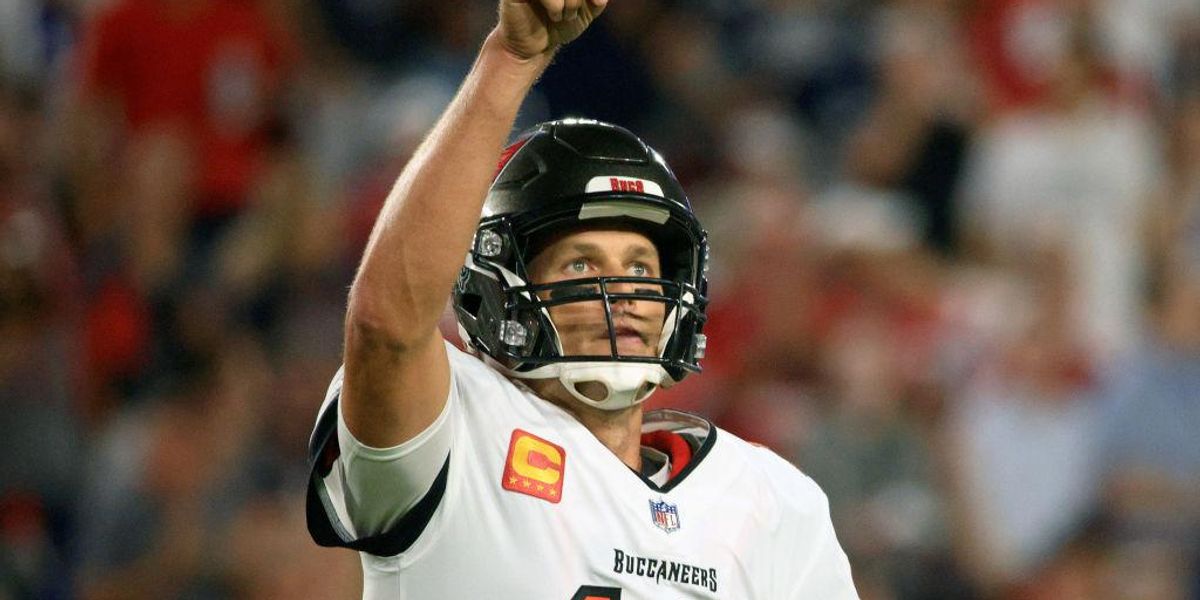 There is no charm about Tom Brady the way there is in most Old Guy versus Father Time stories.

Through seven Super Bowl titles, I’ve never been inspired by Brady. Not even last year. Amazed, yes. But not inspired until Thursday night, with 1:24 left in the Tampa Bay-Dallas game in the NFL season opener. Brady and Tampa had the ball at their 25, trailing 29-28.

And you knew one thing for sure: The game was over. Brady was never going to fail. Forty-four years old didn’t matter. Eighty-four seconds left and one timeout didn’t matter. His age might amaze us, but to him that’s not even a consideration. Brady didn’t need magic for another moment because he’s not living a moment.

The point of Tom Brady is clear now and particularly important today: It’s that limitations and other people don’t define who you are. Circumstances like age don’t define you. Check your inevitabilities at the door.

Brady is no fluke. He’s not finding old magic or a spark. He just is. And when he got out from under the thumb of Bill Belichick authoritatively telling him how things had to be done, how to think, how to face being past his time, Brady went to Tampa Bay and got better. That’s because he was himself.

“It’s nice that I’ve found my voice more,” he said recently. “I really enjoy being around my teammates, my coaches. It’s been a different environment, just really enjoying the experience of playing football, playing with a group of guys.”

After a year and a half of COVID, we’ve had our fill of circumstances dictating. We’ve had enough of the media — social or traditional — or political parties telling us what to think or do. That’s why there is so much rage out there now.

It’s why you can’t find an Uber any more, because there aren’t enough people willing to drive one. It’s why employers can’t find workers. People don’t want to be defined by limitations any more. So they’re just not taking the jobs they don’t want.

Other News:   [VIDEO] We Wonder How This Line About Joe Got Past the MSNBC Censors

Brady is the poster child for that. A few years ago, when he was still in New England with Belichick, I thought it was time for him to retire. A lot of people did. He was starting to fail. Belichick’s dynasty needed a new cog at quarterback because Brady was getting too old.

Brady knew that age wasn’t his limitation. Belichick was.

And when Brady won the Super Bowl last year in Tampa while Belichick failed in New England, that changed the picture of Belichick. For so long, Belichick was a genius on every coaching Mount Rushmore, and as long as you did what he said, you would win. Brady knew better.

Former New England cornerback Asante Samuel tweeted recently about Belichick, saying, “…without Brady he is just another coach in my opinion.”

A trend has come up this year with athletes talking about their mental health. Simone Biles, Naomi Osaka. Just this week, women’s national team soccer player Christen Press announced on social media, “I’ve made the difficult decision to take a couple of months away from the game to focus on my mental health.”

Without using those words, that’s what Brady did last year.

It was fun sport last year watching Brady win and Belichick lose and talking about who was winning their divorce. That was just about celebrity bickering.

It seems bigger now. Belichick has rebuilt his offensive line and now has the guy who is supposed to be the new Brady, rookie first-round draft pick Mac Jones, at quarterback.

The idea isn’t that Jones is the greatest talent, but instead that he can be a perfect cog in Belichick’s machine. If there was any doubt, Brady proved last year that he was never a cog in the first place. He made Belichick look human.

Those guys were different from Brady. He isn’t finding old talents one last time. He is doing things his way, not Belichick’s. That game-winning drive Thursday night was no surprise. Brady won’t go away any time soon, either.