SCOTUS Justice Breyer warns fellow liberals against packing the court: ‘What goes around comes around’ 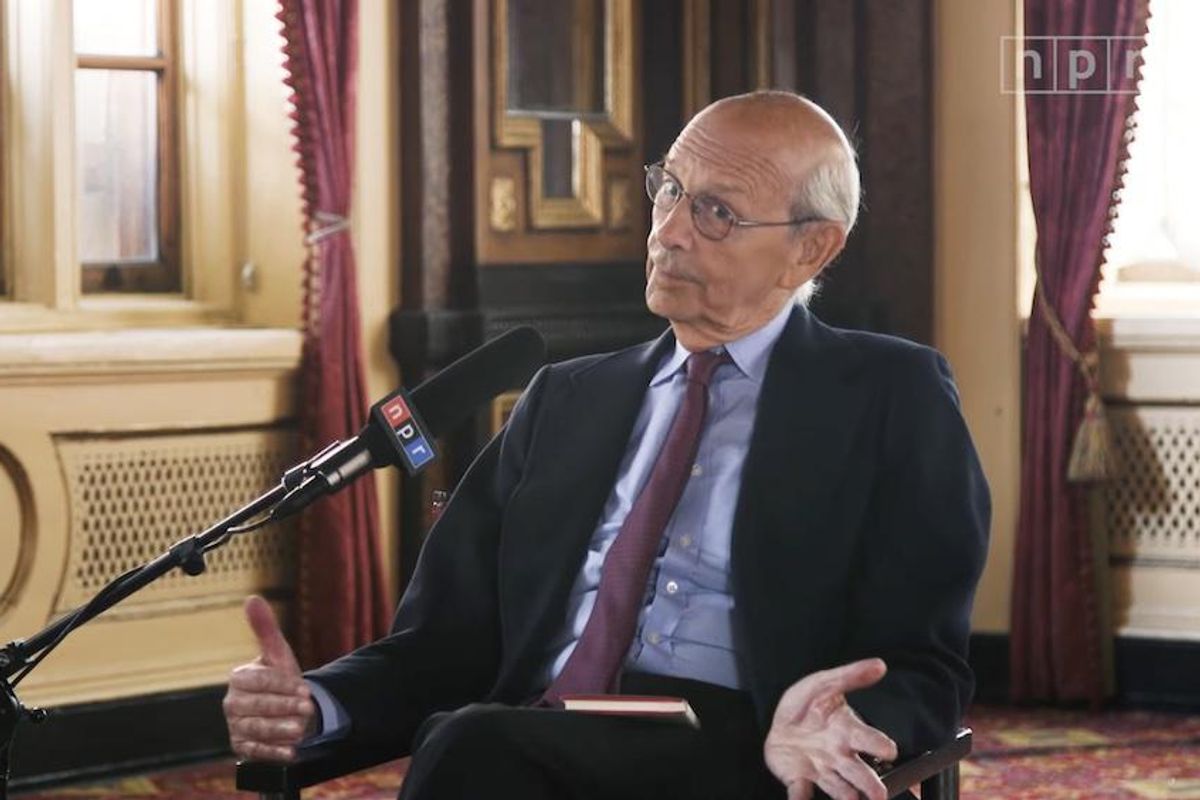 Liberals have been crying for Congress to pack the Supreme Court — meaning expanding the size of the court and filling the newly created vacancies with left-wingers — for some time. And the demands have grown more shrill over the last year-plus.

But one prominent liberal with a vested interest in the topic issued a warning: Supreme Court Justice Stephen Breyer told National Public Radio this week that liberals wanting to remake the high court to need to understand that “what goes around comes around.”

The battle over Barrett’s nomination was exceptionally bitter for the left, not only because she was replacing the “notorious RBG,” but also because Trump had successfully nominated two other justices to the Supreme Court — Neil Gorsuch and Brett Kavanaugh — in just his first term.

Following what many observers called a “conservative shift” on the high court thanks to Trump’s nominations, the left attempted to make court-packing a campaign issue — though they could not get their nominee, Joe Biden, to buy in. He refused to say during the campaign whether he’d pack the court, though he did promise progressives that he would create a commission to study the idea — a promise he came through on in April.

And the court-packing cause got a major bump this month when the Supreme Court refused to knock down Texas’ new law barring abortions after six weeks’ gestation.

But not all liberals are on board with court-packing. Ginsburg, herself, famously warned against such a move.

In an interview with NPR’s Nina Totenberg this week to discuss his new book, “The Authority of the Court and the Peril of Politics,” the justice told those who want to remake the court to be careful what they wish for.

Other News:   Fourth Stimulus Check: Will Another Relief Payment Come This Year?

“I’ve learned over time,” Breyer responded, “that it’s very, very difficult to get people who think that some court decision is totally wrong to think that I should follow it nonetheless.”

He said that the person who helped him learn that lesson was former Senate Majority Leader Harry Reid (D-Nev.) who, though he disagreed adamantly with the Bush v. Gore ruling that made George W. Bush president in 2000, noted that, as Breyer characterized it, “the most remarkable thing about this case is something that’s rarely remarked, even though it affected a lot of people, and probably half the country didn’t like it at all … people followed it, and they didn’t throw brickbats at each other and they didn’t shoot each other and they didn’t have riots.”

It has taken the U.S. 200 years to get to that point, Breyer said, so he cautioned those who would call for a remaking of the court to “take all this into account, my friends.”

“Of course the court has made some terrible decisions,” he continued.

“But be careful,” he said, because it has taken a long time to get to the place where people will follow the court’s rulings.

Totenberg responded to Breyer by suggesting that Reid’s stance is outdated — as exemplified, she said, by the Jan. 6 riots — and that they don’t have “faith in institutions” any longer, which would allegedly justify liberals’ attempts to revamp the court.

Breyer responded, “What goes around comes around. If the Democrats can do it, the Republicans can do it.”

“Beware,” the justice added. “Be careful.”


Breyer Warns Against Remaking The Court: ‘What Goes Around Comes Around’ | NPR