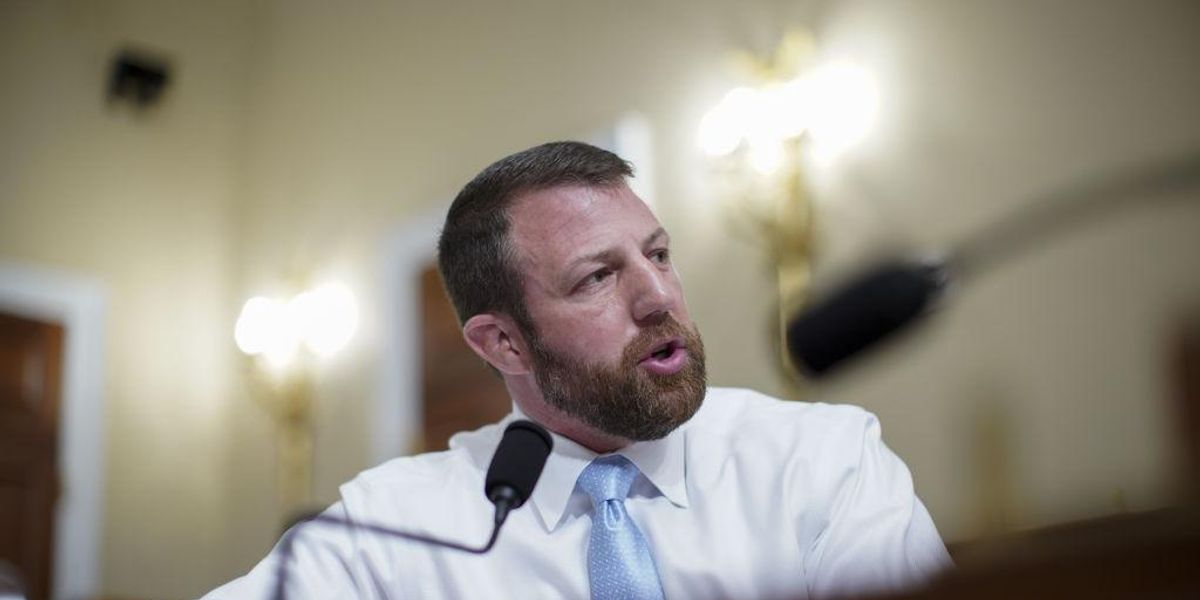 The Republican congressman who organized a private mission to rescue a Texas mom and her kids from Afghanistan accused the State Department of lying and criticized the media for distorting the facts of his efforts in an interview.

Rep. Markwayne Mullin (R-Okla.) was interviewed by BlazeTV host Glenn Beck on Friday, when he accused the State Department of obstructing his efforts to rescue four U.S. citizens who were left behind in Afghanistan after President Joe Biden completed the withdrawal of U.S. troops from the country.

Several news outlets reported earlier this week that Mullin went “missing” in Afghanistan after Biden administration officials told the Washington Post that his whereabouts were unknown after he went to Afghanistan to aide rescue efforts. The officials criticized Mullin’s rescue efforts as “extremely dangerous” and made it seem as if he was acting recklessly by disregarding State Department and Pentagon warnings against lawmakers traveling to Afghanistan.

“I just want to make it very clear, I went in as a citizen. Not as a congressman,” Mullin told Beck.

“And the State Department literally fought us every way. And every time I hear the president, I hear Secretary Blinken, I hear General Milley or General McKenzie go out there and talk about how every American that wanted out, could have got out, and how they were negotiating with the Taliban — which, when did we, as a nation, negotiate with a terrorist organization? Saying they negotiated safe passage, all of that is a flat-out lie,” he said.

The State Department on Monday claimed it “facilitated the safe departure” of four U.S. citizens from Afghanistan, a claim that Mullin disputes. He told CNN on Tuesday that the Biden administration didn’t become involved in the rescue “until the second day that we almost had her out.” While the State Department did offer help, “They showed up a few hours after she got across. For them to say they facilitated, that’s a lie.”

Mullin explained to Beck how the Biden administration set up bureaucratic obstacles to accomplishing the mission, before taking credit for the rescue of those four Americans.

“You know what they told me? They said, ‘We don’t control the airspace over Afghanistan any more.’ Okay. Well, then we don’t need your permission to leave? Is that what you’re telling me? ‘Uh no, because you have to enter our airspace.’ Well, how do we get to that point? ‘We can’t help you on that.’ And it’s absolutely absurd.

“I mean, why is this administration fighting us so hard, to do a job that they failed to do? Why is it? Why are they doing this? Other than just the fact that they’re trying to squash the story and make it go away. I can’t understand it,” he said.

The lawmaker described in detail the arduous process his team went through to get those Americans out of the country and how the national media undermined that effort with inaccurate reporting.

MULLIN: We got four Americans out, the team that I’ve been blessed to work with. We’re the only ones that’s actually got Americans out so far, and we had to take her over 300 miles, and her three kids across the land through Afghanistan, which isn’t easy to do, to finally get her out.

And 3 o’clock in the morning on Labor Day, I’m on the phone with her while the Taliban has threatened to kill her. To kill her, if she tried to approach again. We have guys on the other side of the bridge, negotiating with the Taliban. And I hate to say it, but trying to get her released, trying to convince them that they’re American citizens and they should release them. And the State Department says that they did that, which they did.

But here’s another thing: Right now, as we speak, we have 23 — the team and I we are working with, we have 23 [American citizens]. And safe houses. And you know a safe house in that area is only safe until the first time you use it. Getting supplies is nearly impossible. We can’t get any type of medication. I got a young girl right now. I’ve got a mom and two young girls.

One of the young girls has severe infections in their legs. The State Department knows this. Because she was in Kabul. And we were trying to get the State Department help us get her through the gate because of her severe medical need. And they couldn’t help us. We’ve had to now transport her to another country, and I’ll tell you where she’s at. She’s in Kunduz, and we have her up in a safe house. And she can’t move any more. So we’re trying to negotiating a helo that can go in there and get her. So we can develop an HLV to land. But we’re honestly — it’s expensive. And — and we’re — we’re short on resources.

BECK: You’re not any more. Hang on after, and we’ll get you the resources. Hello?

MULLIN: You’re going to make me emotional, Glenn. I’ve literally taken this personally. And that touches me, thank you.

But we’ve got to get her out. I mean, she may have already lost her legs. And we can’t get the State Department to help us. And so when you say evil, how — how can you not? Because they know. We have sent pictures of her legs because they asked us. We’ve sent pictures of her passport. They know who she is. And their — their argument is, they can’t help because her mom has a legal green card. She’s legal to be inside the United States. But she doesn’t have a passport, because she’s only got her green card. And they’re saying that they can’t help. But both their daughters have passports.

And I’m like, so you’re saying that we’ve got to leave her? We can take up the girl, but we can’t take up the mom? And they said, ‘No, we can’t say that.’

So what are we supposed to do here? And they couldn’t give us an answer. And this kind of stuff has been so disheartening. We have fought them literally every step of the way.

BECK: Oh, they were making you — we were watching you, and when you went dark, I knew why you went dark. But the State Department started leaking things, that you were irresponsible. And you were lost. And probably dead. And this is what happens. And you’re like, are you rooting for the man to die?

MULLIN: Yeah. What ended up happening to me is I had to immediately get away. Because all of a sudden, my face gets plastered all over international news. And no one knew who I was. I’ve never been a showboat member of Congress. I don’t do that. I’m passionate about what I do. But I’m not — I’m not out there trying to grab headlines.

Later in the interview, Mullin said he believes the State Department leaked the story and the media reported false information about his effort “because they wanted to get a headline.”

“They wanted to put a pressure on me and make me leave. Because they knew what was going to happen,” he said.