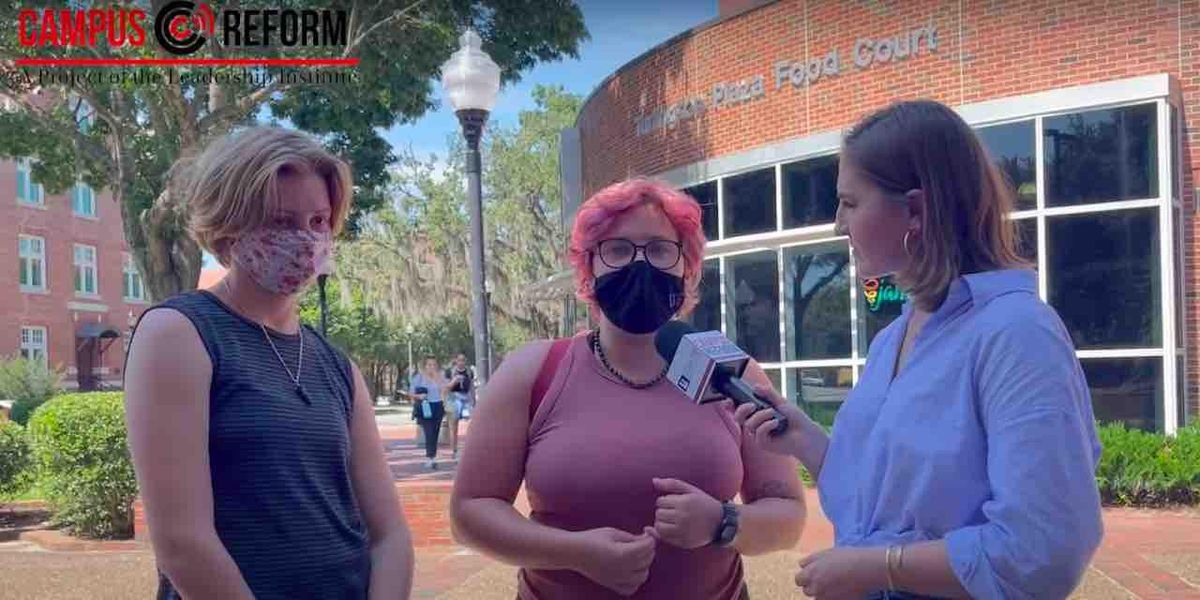 Leftist college students at the University of Florida surprised absolutely no one when Campus Reform interviewed them recently about how the world-changing terror attacks against the United States on Sept. 11, 2001, should be taught in the classroom.

In short: Don’t focus on who carried out the carnage — and criticize America instead.

One student said some of the more “gruesome” facts about the 9/11 attacks should be kept out of lesson plans.

Another said teachers should “avoid talking about its roots in Islam” since the 9/11 attackers were part of an “extremist group” of Muslims. Another student agreed, saying teachers should “avoid placing blame,” since such an action might lead to “Islamophobia” and — gasp! — discussions about “American exceptionalism.”

As it turns out, American exceptionalism was a big trigger point for the students when it comes to 9/11 education.

“We don’t need more nationalism in this country … we need more, like, healthcare,” one student noted. “I think they should focus on America’s faults, not like how amazing we are and how we need to be superior, ’cause we’re not.”

One student added that “I definitely don’t agree that America is the best country on the earth; I think that we still need a lot of, like, fixing.”

Another student declared flat-out that “I don’t think we should be talking about the greatness of the country” while another pointed out the “colonist and imperialist notions” behind such an idea.

Yet another student said American exceptionalism is “a dangerous mindset to teach young people … because I think that’s the reason why a lot of people grow up to be kind of extremists and, like, really nationalistic.”