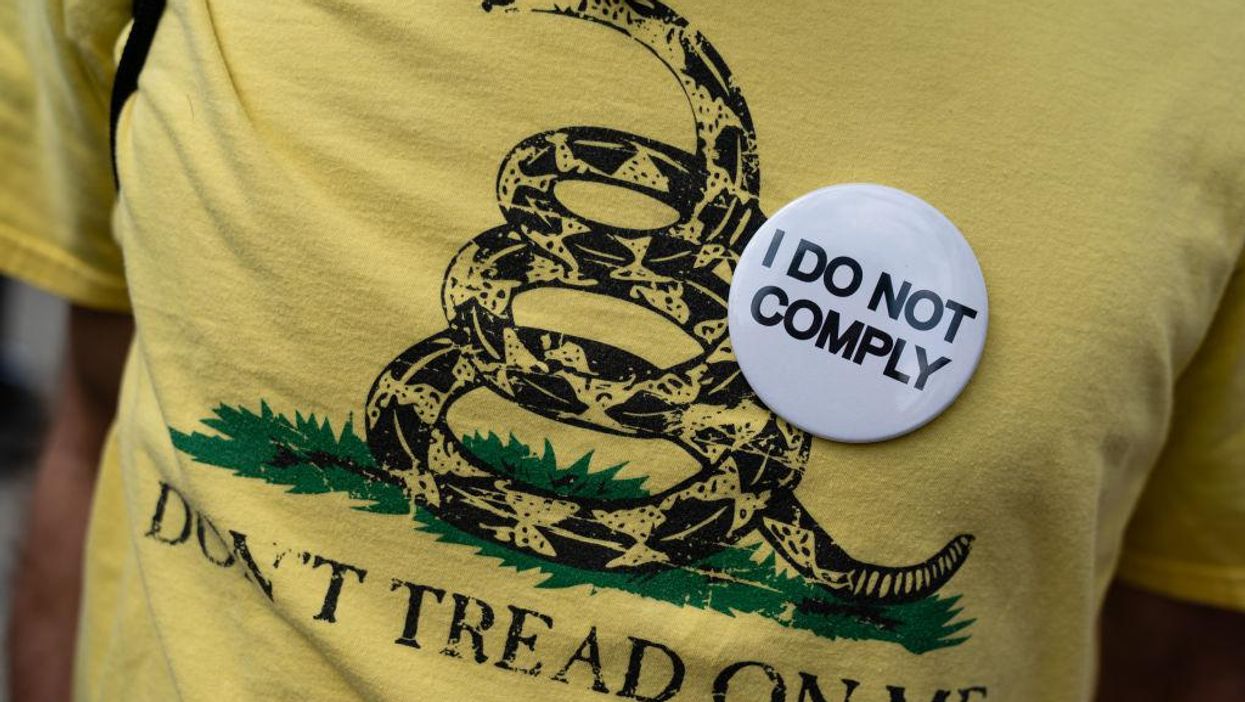 President Joe Biden announced that he is implementing COVID-19 vaccine mandates not only for federal employees, but also for workers of private companies. The new order ignited a backlash on social media from Americans who vow not to comply with the sweeping coronavirus vaccine mandate.

Biden’s vaccine mandate, which could affect 100 million Americans, applies to federal employees, health care workers, companies that contract with the government, and private companies that have 100 or more employees. The mandate allows for weekly COVID-19 testing as an alternative to getting the vaccine.

Soon after Biden’s announcement of his “Path Out of the Pandemic” plan on Thursday, the hashtag #IWillNotComply trended on Twitter.

Americans incensed over the mandatory vaccine order voiced their displeasure on social media.

Wikipedia co-founder Larry Sanger and podcast host Tim Pool both said they would not comply with the vaccine mandate.

There were also dozens of Twitter users who used the “IWillNotComply” hashtag to mock conservatives who could lose their jobs over the vaccine mandates and even celebrated that there could be job openings left by those forced to quit their jobs over mandatory vaccinations. Meanwhile, other social media users cheerfully claimed that the “IWillNotComply” supporters are doomed to die.

For any inquiries, contact Amnon Free Press (Amnon Jobi Jakony) by writing to editor [at] amnonfreepress.com. Discover a world of hyper-local news below.
Other News:   Number Of Detained Illegal Immigrants Declines As ICE Appears to Have Ceased Enforcement